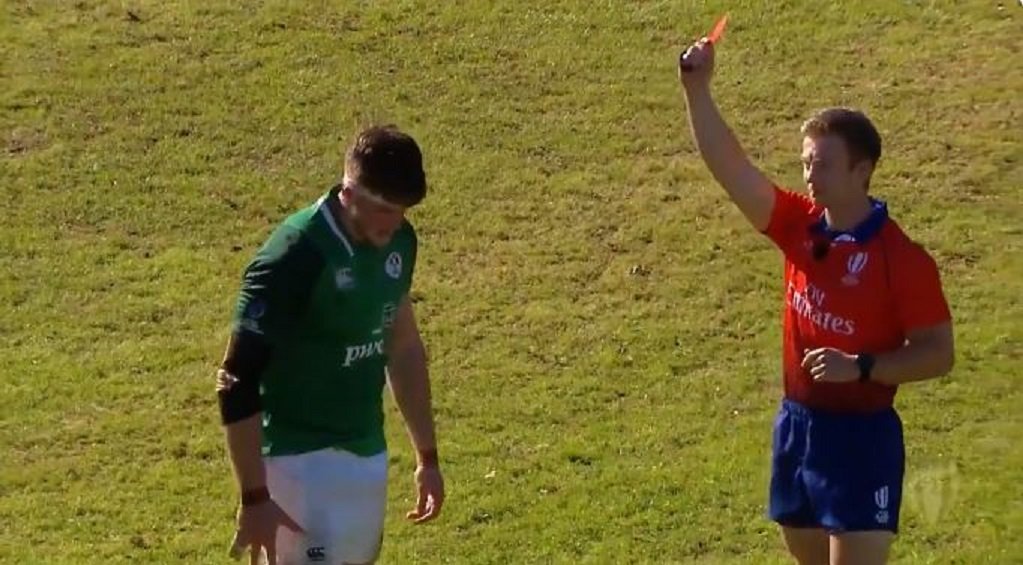 In an epic encounter in which the Junior Wallabies who proved too strong, beating a 14 man Ireland (thanks to the red card) and taking the lead in pool B at the World Rugby U20s.

In an epic encounter it was @RugbyAU U20s who proved too strong, beating @IrishRugby and taking the lead in pool B at #WorldRugbyU20s pic.twitter.com/JpRmm6CKKZ

Junior Springbok coach Chean Roux said his team will have to sharpen up before their final World Rugby U20 Championship pool game against New Zealand, despite earning a bonus-point 48-20 victory against Georgia in their second pool match at the Racecourse Stadium in Rosario on Saturday.

The win marked the team’s second bonus point victory in the competition, which is vital going into their final pool match on Wednesday, 12 June, as only the top team in each pool and the next best placed team in the competition on log points will advance to the semi-finals.

The first half proved to be a hard grind as both teams threw everything at one another, using their forwards and backs to try force their way through the solid defence, but the Junior Springboks’ three tries to one by Georgia saw them enter the break 21-5 ahead. Had the team used all their try-scoring chances, however, they could have built up a much bigger halftime lead.

The SAU20’s continued to make their presence felt in the second half and they added five tries – with flanker Dylan Richardson earning his second – to take their tally for the match to eight, while they conceded two tries to secure the victory.

“We at least got the bonus point, so we have 10 points from the competition,” said Roux.

“There were opportunities, but we made too many unforced errors. I don’t know why it happened, but it seemed as though we could not catch the ball in the first half.

“Our discipline was also not good enough. Playing with 14 men for 20 minutes will always make things tougher, so we need to rectify that.”

Roux said his charges had to sharpen up in the next few days, with a big task ahead in their final pool match: “The one thing we will take from this match is that we have to be ready mentally for New Zealand. We need to have our plans ready and be sharp for the next game.

“The positive for us is that we are still in the competition and our fate is in our hands.”

Flanker Dylan Richardson opened up the scoring for the Junior Springboks in the ninth minute as he received a slick pass at pace from scrumhalf Jaden Hendrikse and forced his way over the tryline. Hendrikse slotted over the conversion to hand the team a 7-0 lead.

Georgia fought back strongly and managed to apply consistent pressure on attack and they broke through in the 25th minute as Otar Lashkhi gathered a wide pass to get through for their first points of the match.

The Junior Springboks were reduced to 14 men in the 28th minute as fullback Vaughen Isaacs was shown a yellow card for a dangerous tackle, but the team continued to make their presence felt as prop Asenathi Ntlabakanye powered his way over the chalk in the 35th minute.

Hooker Fezokuhle Mbatha followed four minutes later as he touched down against the post, to hand the team a 21-5 lead going into the break.

Georgian captain and flyhalf Tedo Abzhandadze reduced his team’s deficit two minutes into the first half with a penalty goal, but the Junior Springboks struck again soon after with the bonus-point try by vice-captain and centre Rikus Pretorius, who stepped inside and touched down.

The Junior Springboks lost lock Emile van Heerden to a yellow card for an illegal tackle in the 52nd minute, and Georgia took advantage immediately with Lashkhi scoring his second try.

This, however, was cancelled out soon after as Thaakir Abrahams dived over in the corner, with Richardson earning his second try minutes later to stretch the SAU20’s lead to 38-13 with 16 minutes to play.

Angelo Davids (fullback) and David Coetzer (replacement back) also worked their way onto the scoreboard as they used their pace to score tries in quick succession in the dying minutes, but Georgia fought until the end, with Temur Chichinadze crossing the tryline on the stroke of fulltime. Red card.