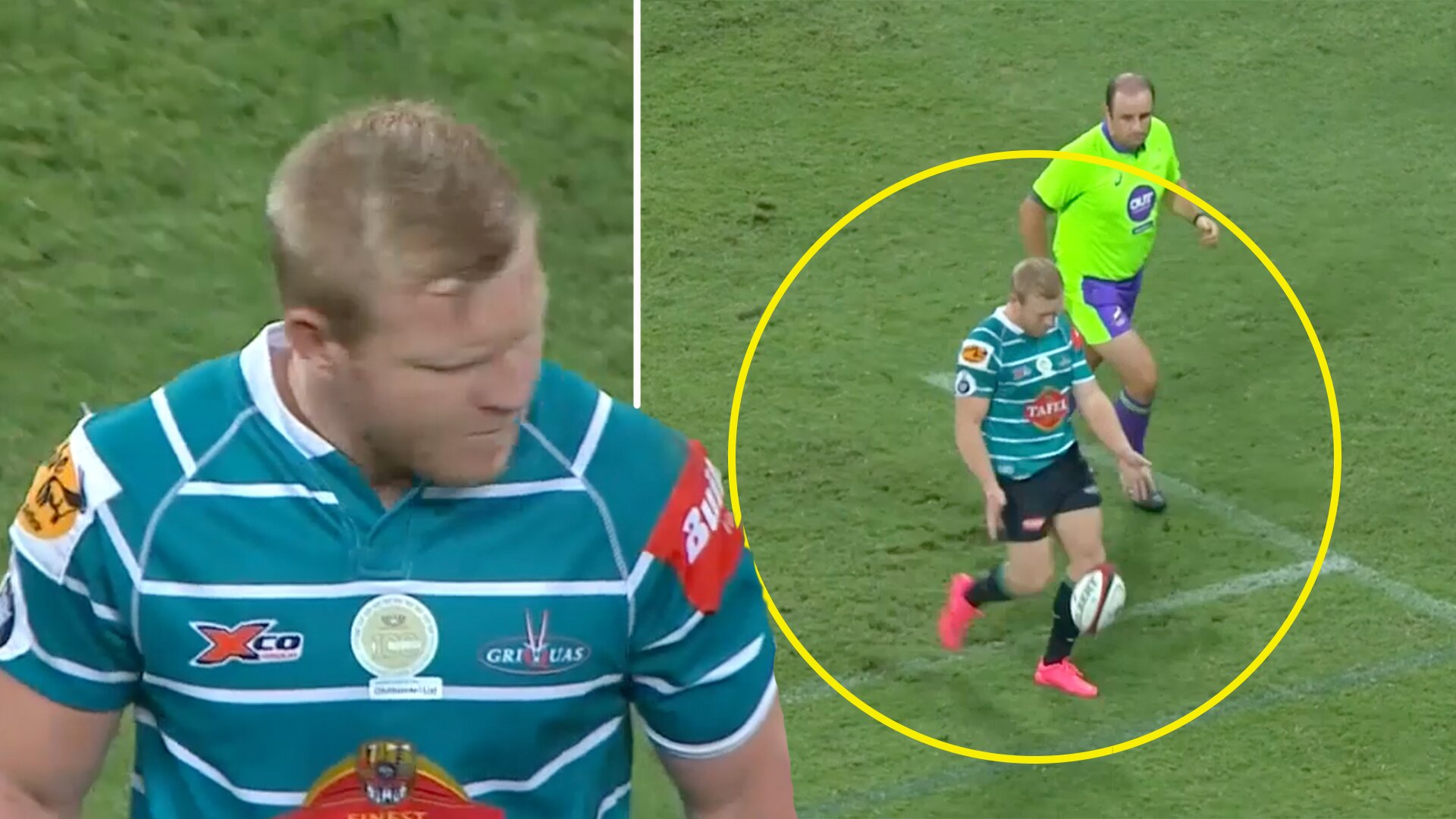 We’ve seen our fair share of howler kicks but this one could just be a strong contender for the worst kick of all time.

The shocking effort came in yesterday’s Currie Cup clash between the Pumas and Griquas in South Africa.

This Currie Cup shocker came in the 51st minute of play with the scores standing at 15-10 to Pumas and the game very much still in the balance.

We see as fly-half, Tinus de Beer, lines up to kick the ball into touch off of the penalty kick. He is deep in the opposition 22, with a seemingly easy task to poke the ball into the corner – or so we thought.

What followed is a contender for the worst kick of all time, if you don’t believe us, take a look for yourself.

I’ve seen some bad kicks in my time – but this 😳 pic.twitter.com/peq6TAAiLu

De Beer inexplicably misses touch from less than 15m metres out as the ball shanks off his boot from close range – falling into the hands of the Pumas winger who looks to break away down the field.

We watch as the Griquas fly-half looks desperately to immediately make amends for his howling blunder but he doesn’t have the pace to cover the speedster on the outside who is already racing away down the touchline.

Thankfully for him, his teammates are able to cover the threat – forcing the winger to boot ahead for himself to chase and thus ending the attacking opportunity.

What really nails down this moment as one of the worst kicks we’ve seen is that it could well have cost Griquas the game as the scores ended up at 22-17 to the hosts.

Griquas have had had a torrid season this year and this performance will cap off what has been a forgettable year for the side.

Watch the Currie Cup match, in full, in the link below.

There were amazing scenes today in this historic rugby clash as the Maori All Blacks faced up to the challenge of the newly established side, Moana Pasifika.

The new team, coached by Tana Umaga, comprises of a number of Pacific Island-based players in a new venture which is designed to offer a real international rugby opportunity to some of the island’s most talented prospects.

This morning they faced up against the Maori All Blacks in an amazing moment as the sides exchanged hakas before kick-off. Watch the amazing moment below.