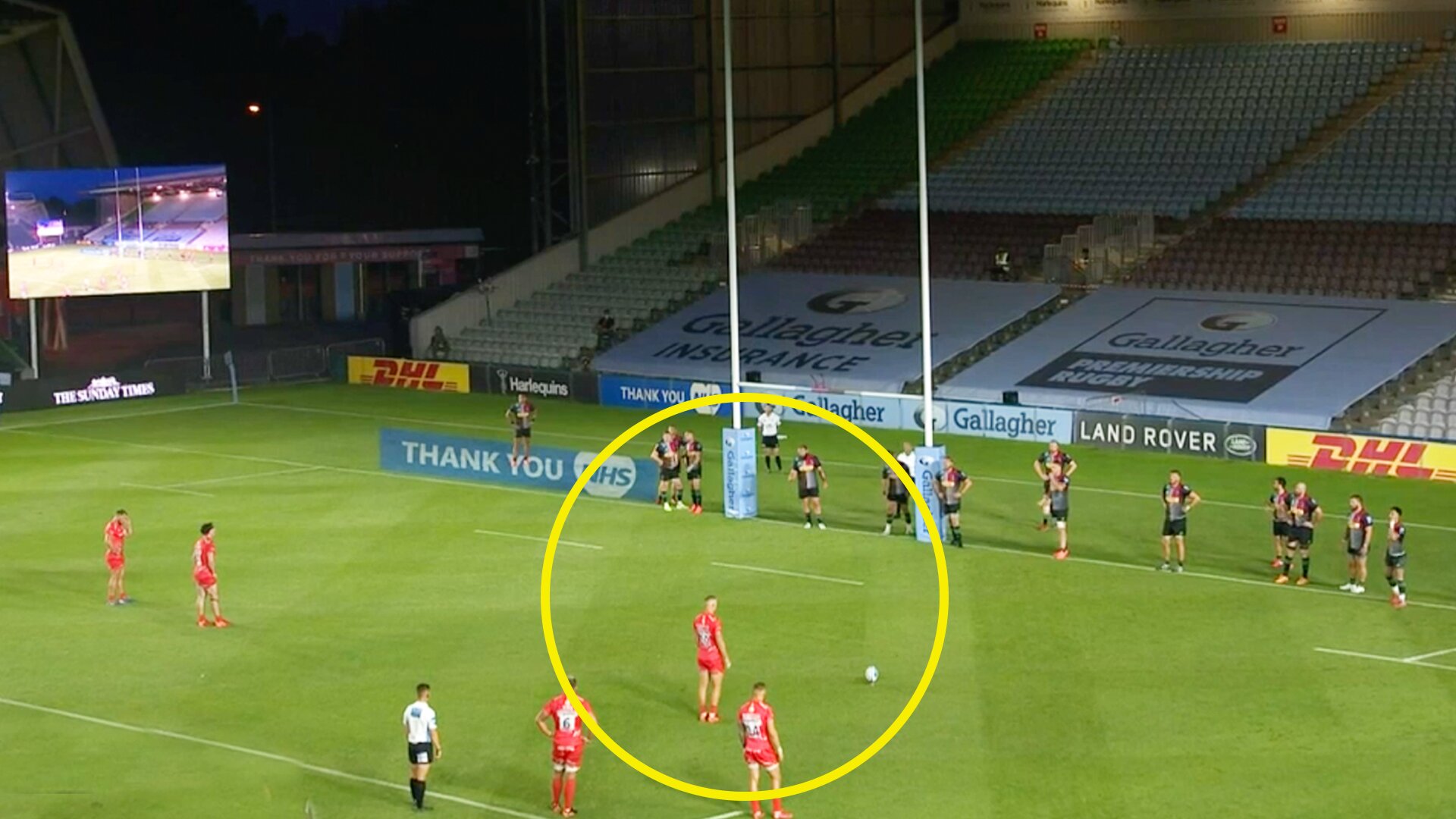 Does this go down as the worst conversion kick in rugby history?

The Gallagher Premiership made it’s much-anticipated return tonight as Harlequins hosted Sale Sharks at the Stoop.

The game itself was a stop-start affair with the home side edging a lead with three penalty kicks.

There has been huge hype around Sale Sharks in recent weeks with Manu Tuilagi the latest to join the star-studded ranks in the Salford based side.

Despite all the anticipation, the title contenders gave a lacklustre first-half performance that frustrated their coach Steve Diamond.

One moment right at the end of the first 40 minutes that perhaps summed up their efforts was this conversion kick attempt from Rob du Preez.

This attempt really has to be seen to be believed.

watch the shocking conversion kick below

We’ve seen some shocking conversion kick attempts in the past, Finn Russell springs to mind – but surely this takes the biscuit?

Rugby in England has suffered a setback ahead of this weekend’s Gallagher Premiership restart as five players have tested positive for coronavirus just two days after only a single player was positive for the virus.

989 players and club staff were tested on Monday, a round of testing that confirmed just one player and three non-playing staff members had contracted the virus.

However, the follow-up round of testing of 956 players and staff which was conducted on Wednesday has revealed that seven people have tested positive for coronavirus from six different Premiership clubs. Of those seven, five are players and two are members of staff.

A statement from Premiership Rugby read: “Those who have tested positive and their close contacts will now isolate and be assessed in line with the PHE-agreed guidelines.

“Premiership Rugby and the RFU are providing this aggregated information for competition integrity and transparency. No specific details as to clubs or individuals will be provided. The number of positive results will be made public after each round of testing.”