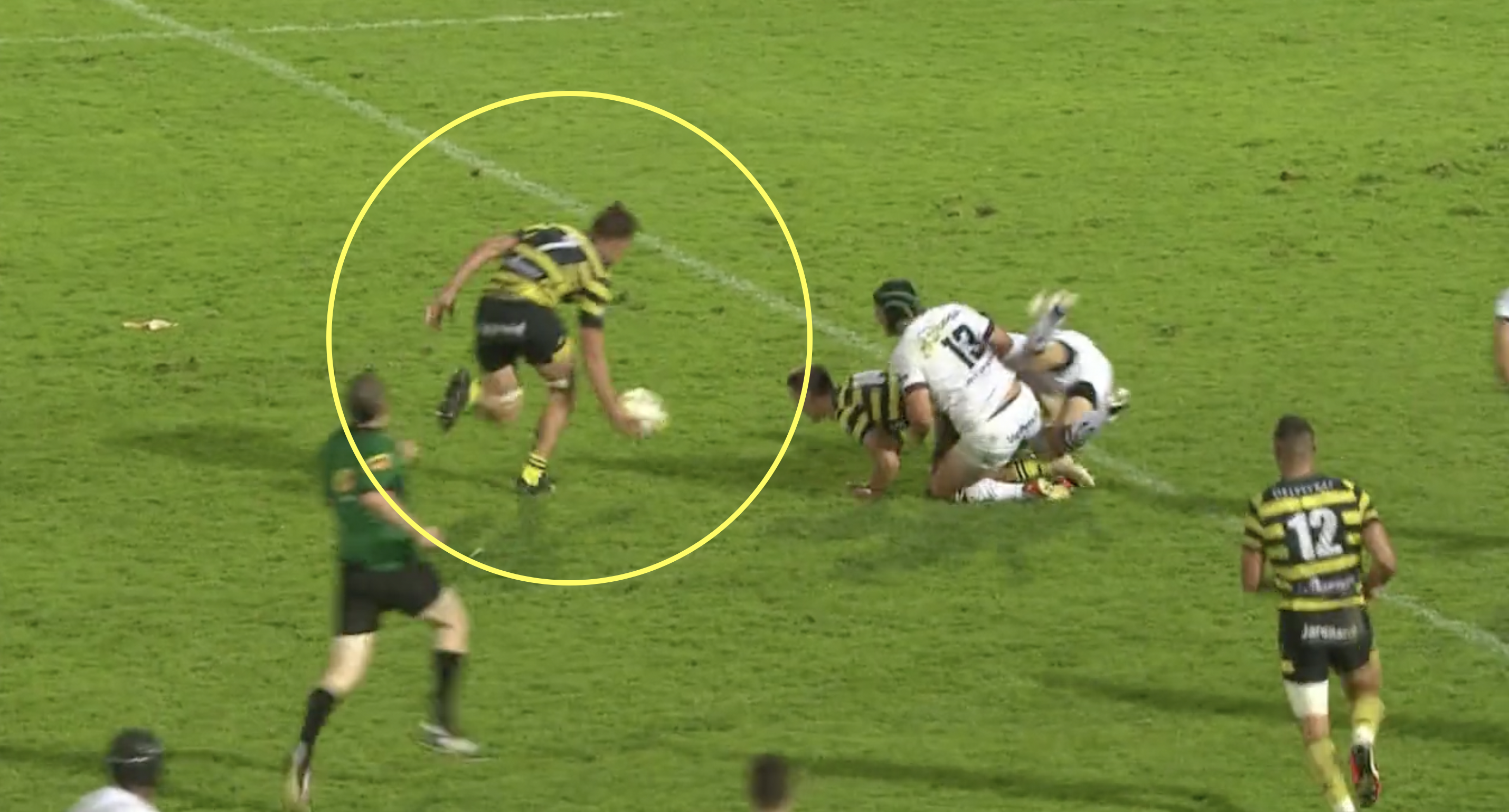 If anyone needed any proof that France’s Pro D2 is the best second tier competition in the world, Mont de Marsan may have helped with a try scored against Agen on Friday.

The moment came after a break down field from winger Alexandre de Nardi from a loose ball. The winger was taken down just outside the 22, and like any good flanker his teammate Leo Banos was the first man in support. The ball was popped up softly from the deck, but Banos was able to scoop the ball up one handed while running at full tilt and run deep into the 22 before offloading to set up a try for his centre Nacani Wakaya.

This is a piece of skill that the world would be going wild about had it been produced by a player like Michael Hooper or Ardie Savea, and just because it was not produced on the Test stage does not take away from how breathtaking it was.

Mont de Marsan’s win leaves them at the top of the Pro D2 table with five wins from their opening five games, while it leaves Agen second from bottom with five losses from five, having failed to win a single match in the Top 14 last season.

The competition and skill level in the Pro D2 can barely be matched by any other second tier competition in the world, if at all, and this piece of skill only enhances its reputation.

Meanwhile in the league, last season’s losing semi-finalists Vannes sit at rock bottom, after finishing the league in second place in the 2020/21 competition. They have only managed to pick up two losing bonus points from their opening five games, which once again shows the competition in the league.

The high flying Mont de Marsan take on Oyonnax in their next match on October 8th.