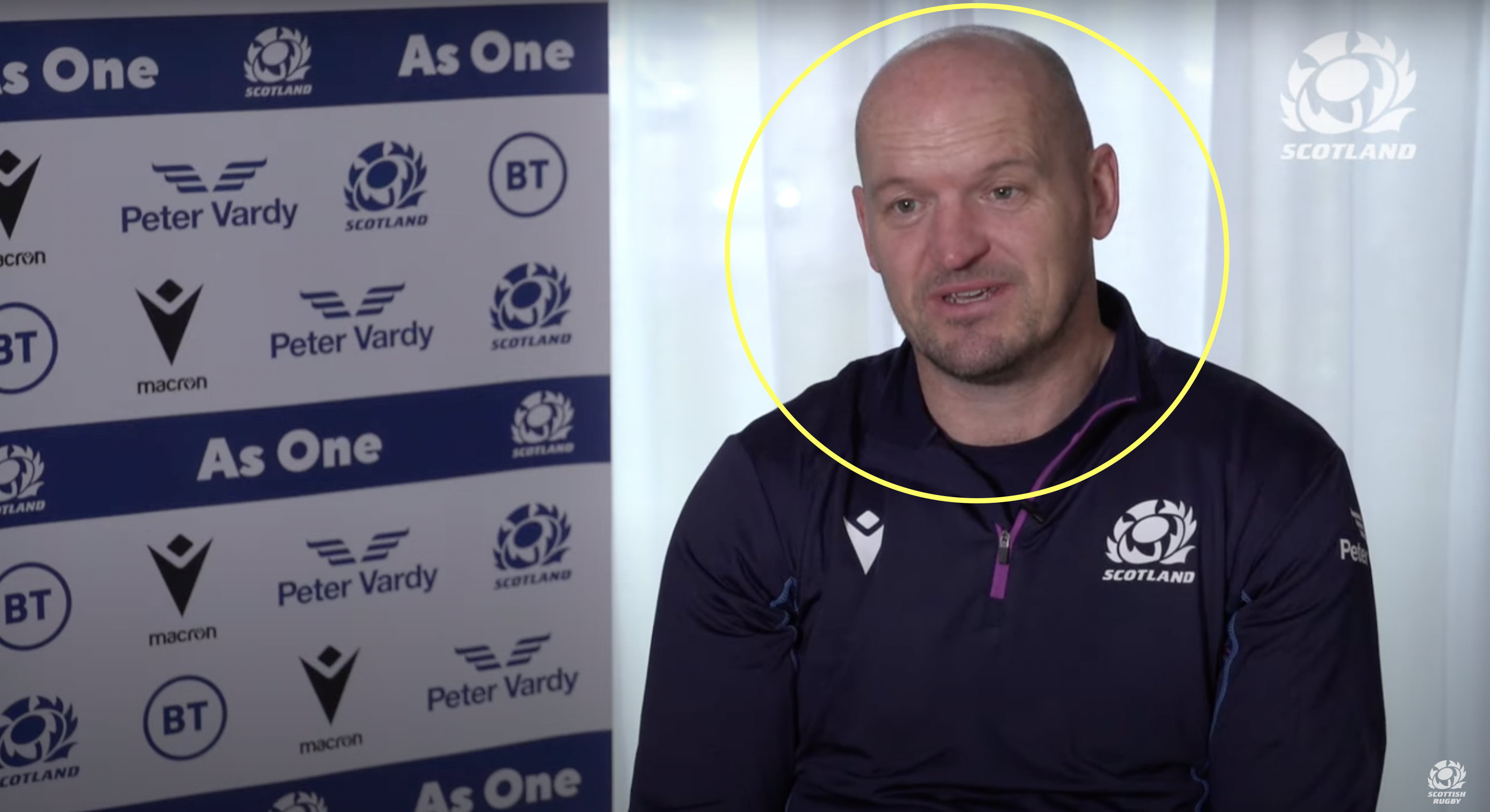 Scotland head coach Gregor Townsend decided to add another tanker of fuel to an already burning fire this week by accusing Rassie Erasmus of “character assassination”.

This came after footage appeared of Erasmus at Murrayfield instructing South Africa fullback Willie le Roux to target a particular Scottish player with high balls during their clash on Saturday. Erasmus can clearly be seen from the touchline signalling that one player is not strong under the high ball, while serving as a water boy.

The South African has already been the centre of attention this week after receiving a ban from World Rugby for his infamous video during the British & Irish Lions series, and Townsend has only added insult to injury.

However, Bok fans have taken to social media in droves to fire back at the Scotland coach, saying it is Erasmus’ job to find weaknesses in the Scotland team. With South Africa set to take on England at Twickenham tomorrow, the Scot’s comments seem to have frayed relations even more.

Everyone is climbing on the bandwagon now. Since when is identifying a players on-field weaknesses viewed as character assassination? #FFS

Wow, I must have no character, as I was never great under the high ball.

oh my God this Springbok bashing is getting ridiculous now. @WorldRugby

It is not character assassination, if he really is poor under the high ball. It is fact.

@RassieRugby has purely pointed out the obvious to @gregortownsend that the back 3 is kak under the highball. So keep kicking on them. That is what coaches do to get the advantage to win. @gregortownsend you should try it and stop bitching about it

Get Townsend some toughen up tablets! They are all jealous that the mighty world champion Springboks have him and not them. Stay just as you are @RassieRugby

Wait wait wait… I thought South Africans were the paranoid whingers? While there are obviously some detestable South African fans who have taken it too far and who can’t see the validity of the ban, the self-righteous idea that NH fans are calmly objective is ludicrous

@gregortownsend You sir have made an utter fool of yourself. Rugby….not place for coaches to highlight weaknesses? Next thing you will complain that opposition are playing too well and is unfair. Get over your sour grapes and play the game. Laughable