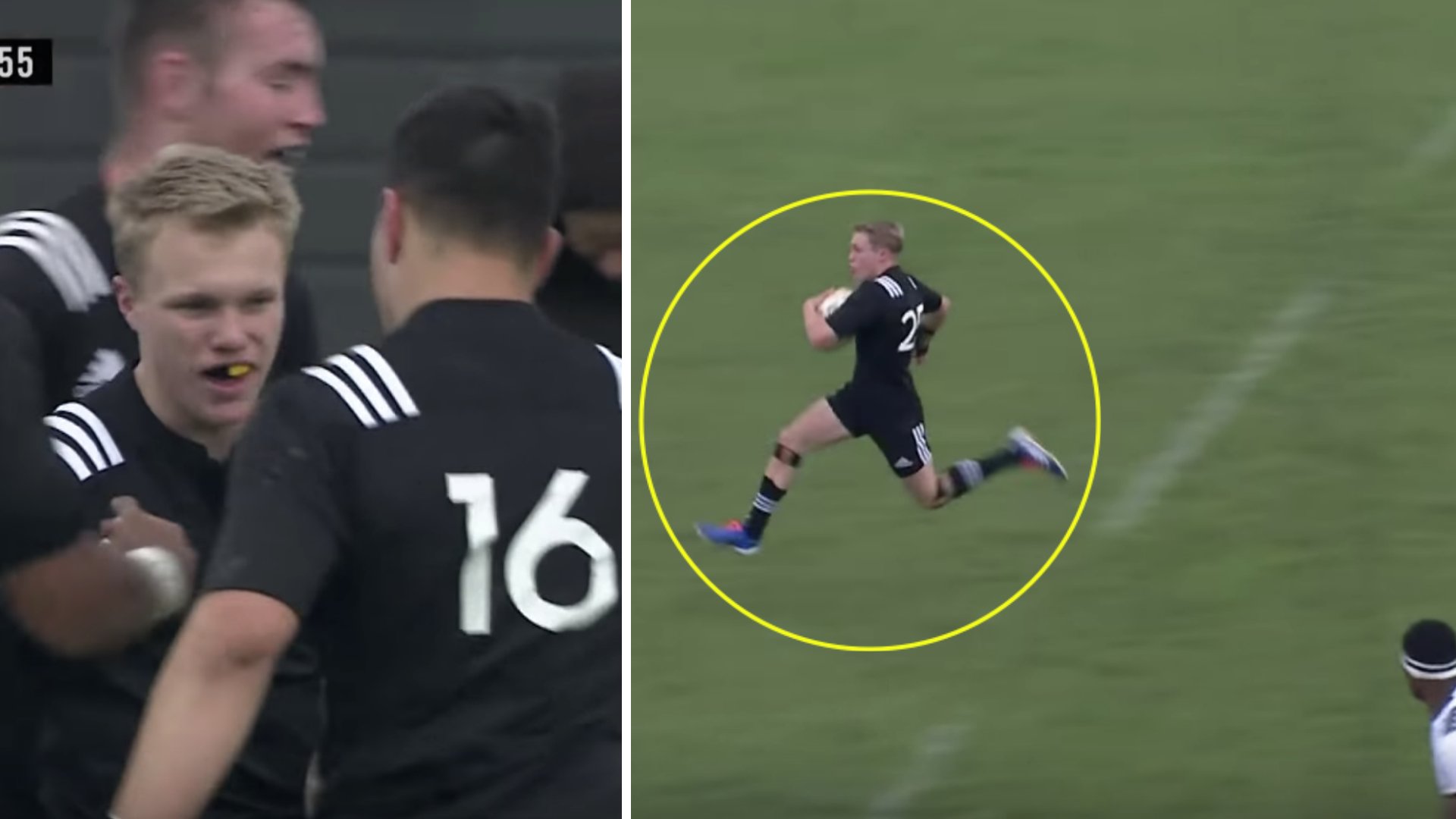 A young player in New Zealand is being labelled by some as the next Christian Cullen after this unbelievable run against Fiji.

New Zealand schools were taking on Fiji Schools this weekend and all the headlines were focusing around youngster Blair Murray after he outran 3 Fijian on a 60-metre solo try.

The run is unbelievably reminiscent of All Black legend Christian Cullen who was known for his erratic runs, changing the angle at a moments notice.

Here is the run itself does it remind you of him?

We decided to throw together a little comparison video of both the players so you could see just how similar both these lads are in their style.

And here is Blair Murray, see the similarities?

Some serious flair on show and we know that players shouldn’t be hyped up too early but we do really like this show of skill from the youngster.

Do All Blacks fans agree with this or do you feel he’s nothing that special?

“When it comes to our preparation, it should never be about who we are playing, but how we are preparing individually and as a team, both mentally and physically. By doing this, it means you always respect your opponent and the jersey.”
The starting front row for the Test against Canada is made up of props Atu Moli and Angus Ta’avao and hooker Liam Coltman, with support coming off the bench from Ofa Tuungafasi and Nepo Laulala and hooker Codie Taylor. Patrick Tuipulotu and Scott Barrett are the starting locks with impact off the bench in the form of Samuel Whitelock. In the loose forwards, Shannon Frizell is at number six, Matt Todd is in the seven jersey and Kieran Read will again captain the side from number eight. Ardie Savea provides loose forward cover from the bench. Cullen would be great in this team.

In the backline, TJ Perenara starts at halfback, with Brad Weber on the bench; Sonny Bill Williams and Jack Goodhue will combine in the midfield, with Ryan Crotty providing midfield cover; while the back three sees Rieko Ioane in the 11 jersey, Jordie Barrett in 14 and Beauden Barrett again at the back in the 15 jersey. Ben Smith is outside back cover.

Hansen added: “We are looking forward to the contest with Canada. We know they’re a proud nation who are led by Tyler Ardron, a player who we respect and know very well from his time in New Zealand with the Chiefs. We are sure his attitude of not taking a backward step will be reflected throughout the whole team. That means we need to impose ourselves on the game from the very start.”

The All Blacks have spent a week in the southern city of Beppu preparing for the Canada Test. Cullen Cullen.

“Our move away from Tokyo to Beppu has allowed us to refresh mentally as well as putting in some hard work on the training pitch. The whole community has been incredibly welcoming and we’ve really enjoyed being here,” Hansen said.