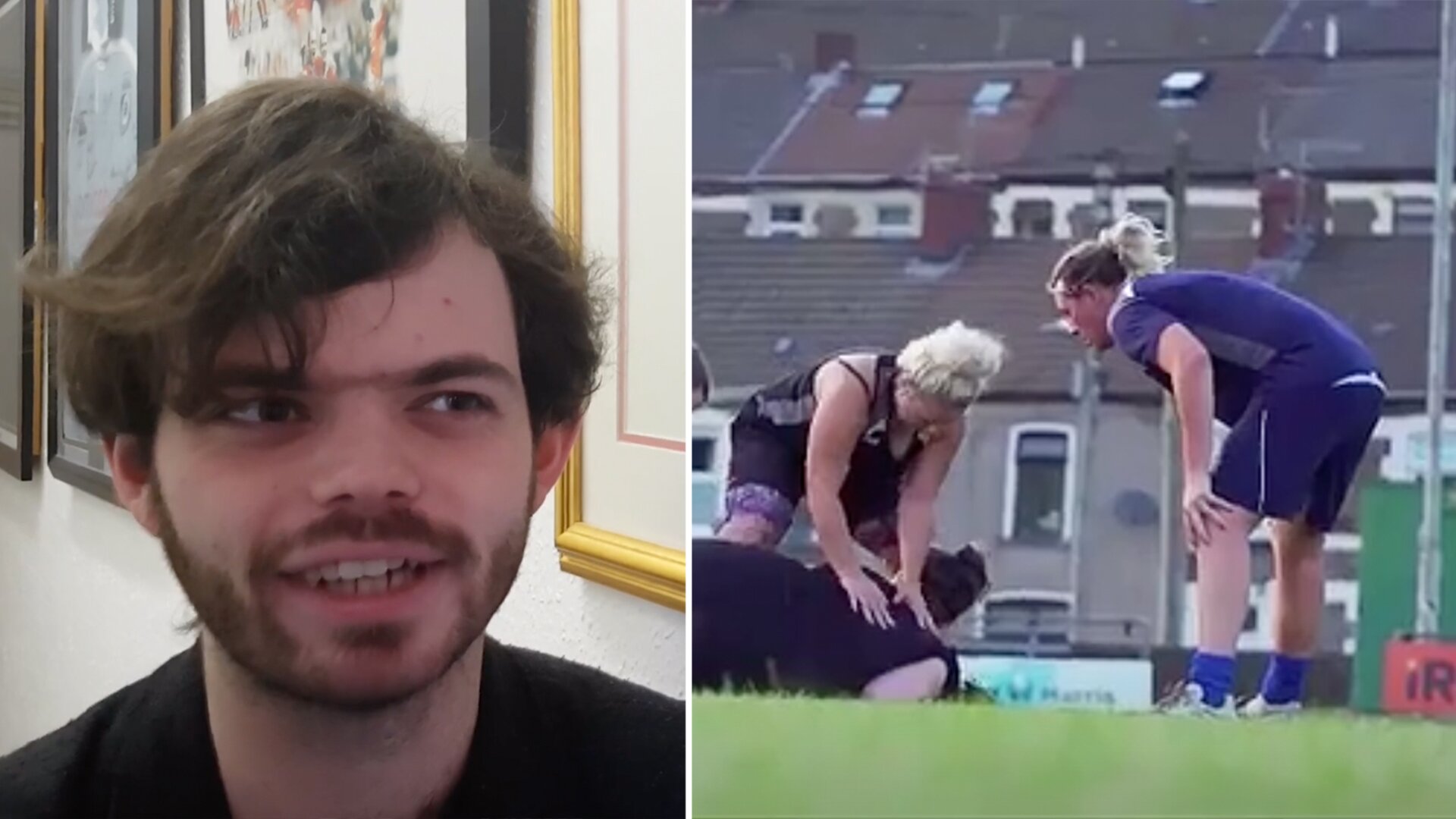 Massively popular YouTuber Squidge rugby has spoken out with his opinion on the recent news about Trans Women possibly being banned from rugby.

Squidge, who has 131,000 subscribers on YouTube took to Twitter today to weigh in on a topic that has dominated the rugby news this week.

It was revealed yesterday that The Guardian recently learned of a 38-page draft document which was from a transgender working group which admitted that, “at least a 20-30% greater risk” of injury when a female player is tackled by someone who has gone through male puberty.

Squidge Rugby took to social media today to address an issue which seems to be ignored in all of this, the feelings of the Trans Women.

In an incredible tweet by the Welsh rugby fan, Squidge said, “My main takeaway is that over 21 documents, there is scarcely reference to the social and psychological effect this may have on trans women…”

I decided to read the information presented to the panel in full before commenting on this, and my main takeaway is that over 21 documents, there is scarcely reference to the social and psychological effect this may have on trans women. https://t.co/bzK5lc3S1s

Squidge Rugby has highlighted the problems that Trans Women have here as they feel increasingly more ostracised from a sport, which he himself has said revolves around ‘team’ values.

The social media star even went on to suggest that in the future it might be worth men’s teams having their names changed to ‘born male’ teams to avoid further isolating people.

This is the point- If we’re to go down this path, we have to make sure we phrase it correctly. Make it clear it’s divided by sex, and that teams are ‘born male’ rather than men’s teams, etc.

This prompted a member of the ‘Blood and Mud’ podcast to speak out about the slew of transphobic tweets that he has recieved in the last 24 hours after this news.

In the last 24 hours, I’ve received hundreds of transphobic tweets from a coordinated mob who clearly intend to use this to further ostracise trans women.

Is that what we really want our sport to be? Or do we want to work together to find a way to make rugby inclusive for all?

Squidge Rugby has never been one to shy away from a confrontation on social media.

In Christmas of 2019, Robbie Owen the real name of Squidge Rugby got into an argument with England lock Courtney Lawes about class and race.

Courtney Lawes’ dad earns over £600k a year as head of a successful company. I’ll give him that it’s certainly a less racist country if you’re super rich.

At the time, it was a hotly discussed topic with opposing opinions on both ends of the spectrum.

In relation to Squidge Rugby and his latest tweet about Trans Women in rugby, some have questioned whether World Rugby was in fact wrong to not take the feelings of Trans Women into account on this.

One Twitter user responded saying, “I think the same can be said of women for this squidge, their needs, feelings and rights were not considered at all when transwomen entered their game. The onus cannot be on women to cater for a problem that should not be theirs. ”

In 2019 Kelly Morgan joined Porth Neath Harlequins ladies after transitioning from being a man into a woman.

She spoke about how the club warmly accepted here into the club and how she is a key member in their team now.

We will keep you updated on any updates to this story.