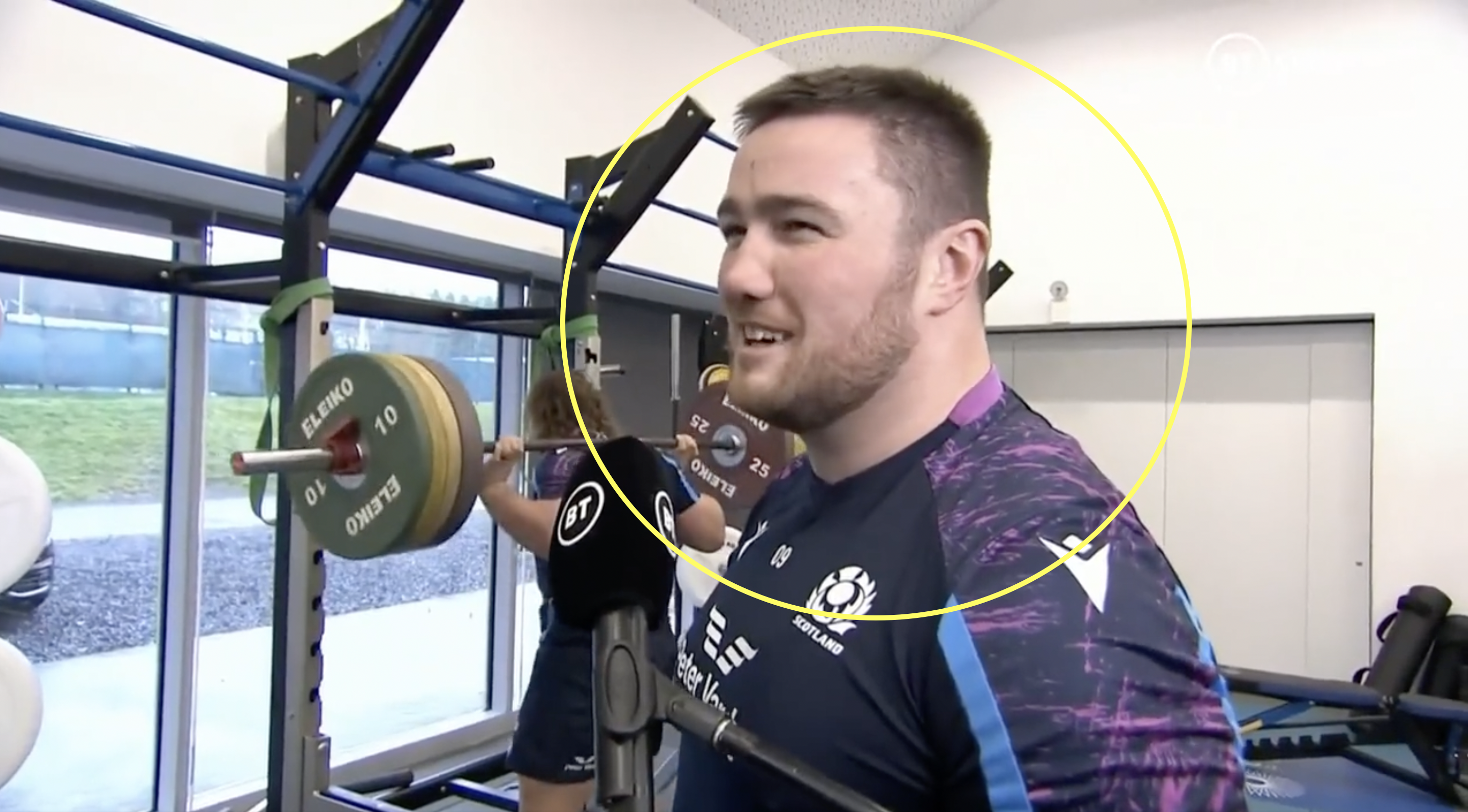 BT Sport visited Scotland’s Oriam training facility in Edinburgh this week, providing fans with behind the scenes footage of Gregor Townsend’s side’s preparation for France next week in the Six Nations.

The crew also made their way into the gym to see two props at the squat rack, Zander Fagerson and Pierre Schoeman. While Schoeman was busy squatting away, Fagerson was asked who the strongest player in the Scotland squad is and he seemed to have no hesitation in pointing out his front row partner. That may not be overly surprising to many who have watched the loosehead play- he has been a beast so far this Six Nations. The way he completely manhandled opposing England prop Will Stuart in round one and managed to rip the ball from him in the closing stages of the match is testament to his strength.

Fagerson was also interviewed during the team training, where he was asked how the team have dealt mentally with a disappointing loss to Wales in round two and how they stay motivated.

“It’s international rugby, so there’s motivation every week,” he said. “So it’s about licking your wounds and making sure we get right the things we didn’t do. We can improve on that and make sure we fix it for the France week. There’s plenty to still be excited about, it’s another game of international rugby coming up, so we’ve got to put our best foot forward and make sure we learn our lessons.”

"We've got to put our best foot forward and make sure we learn our lessons."

🏴󠁧󠁢󠁳󠁣󠁴󠁿 Zander Fagerson discusses picking yourself up after a defeat. pic.twitter.com/F9NyUwhR1L

Scotland host France at Murrayfield in round two, which is a daunting task given the way Les Bleus have started this year’s Championship. But Gregor Townsend will know that a win will put his side right back in the hunt for the title. Conversely, a loss would practically end their hopes for another year.