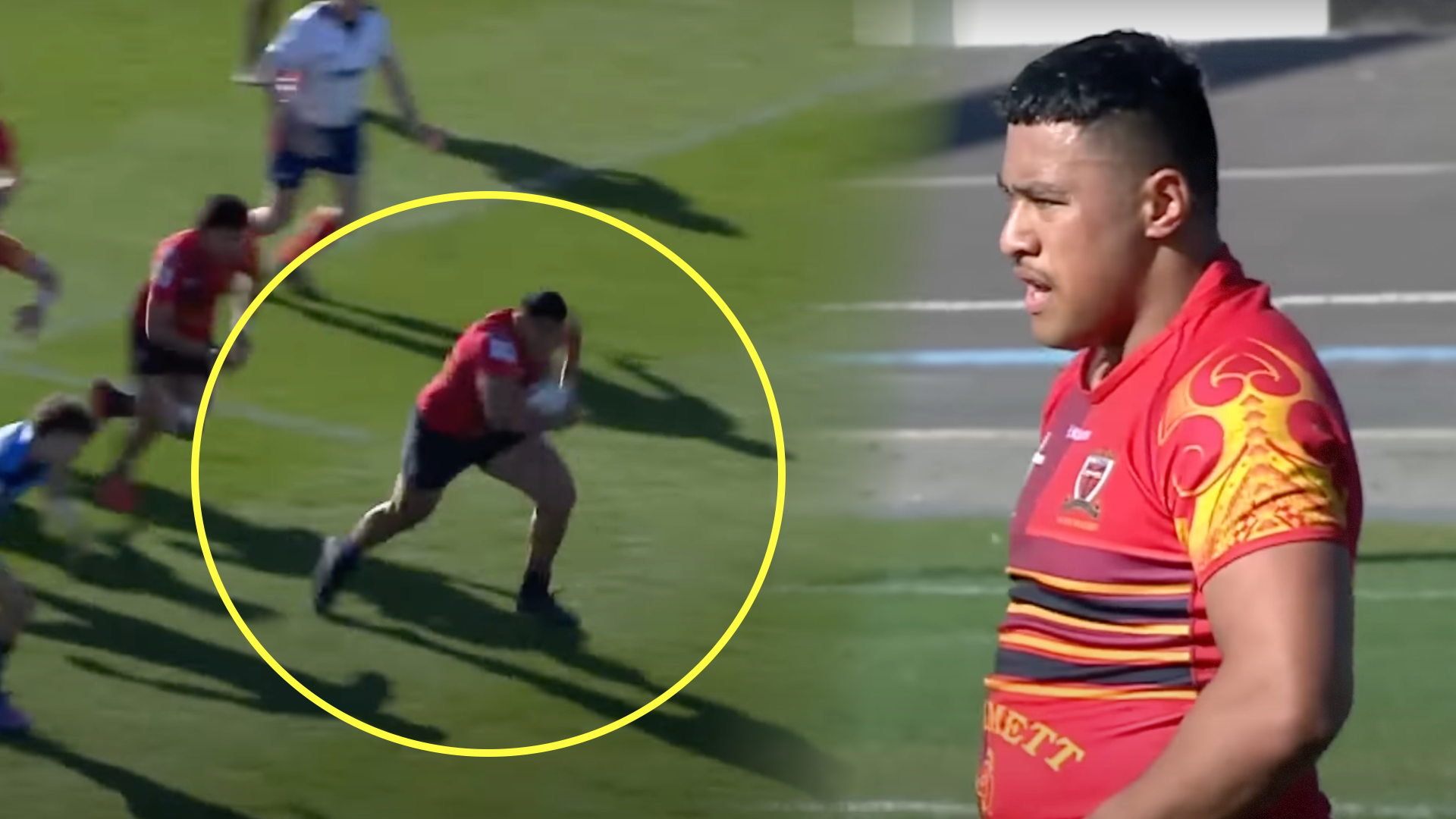 Another online sensation has emerged from the New Zealand school system this week, after footage of St Thomas of Canterbury College’s win over Nelson College was shared online.

The player was St Thomas of Canterbury’s loosehead prop Richie Tupuailei, who stands at 6′ 2″ and 128kg, and he certainly made every kg of that frame felt in the match.

The prop bagged two tries, both from close range where he looked almost unstoppable. But he contributed with a break as well where he showed some good acceleration for a player that size.

Plenty of the comments on social media have said that a player like that is wasted in the front row, and perhaps his teammates thought the same thing as he was used to carry from the base of the scrum at No8 towards the end of the match.

This is just the latest player to become a bit of an online sensation amongst the rugby community, as some current Test stars have followed the same path.

Wallabies tighthead Taniela Tupou went viral over a decade ago after clips of his days playing for Auckland’s Sacred Heart College were shared when he was a schoolboy in New Zealand. Take a look at his highlights: