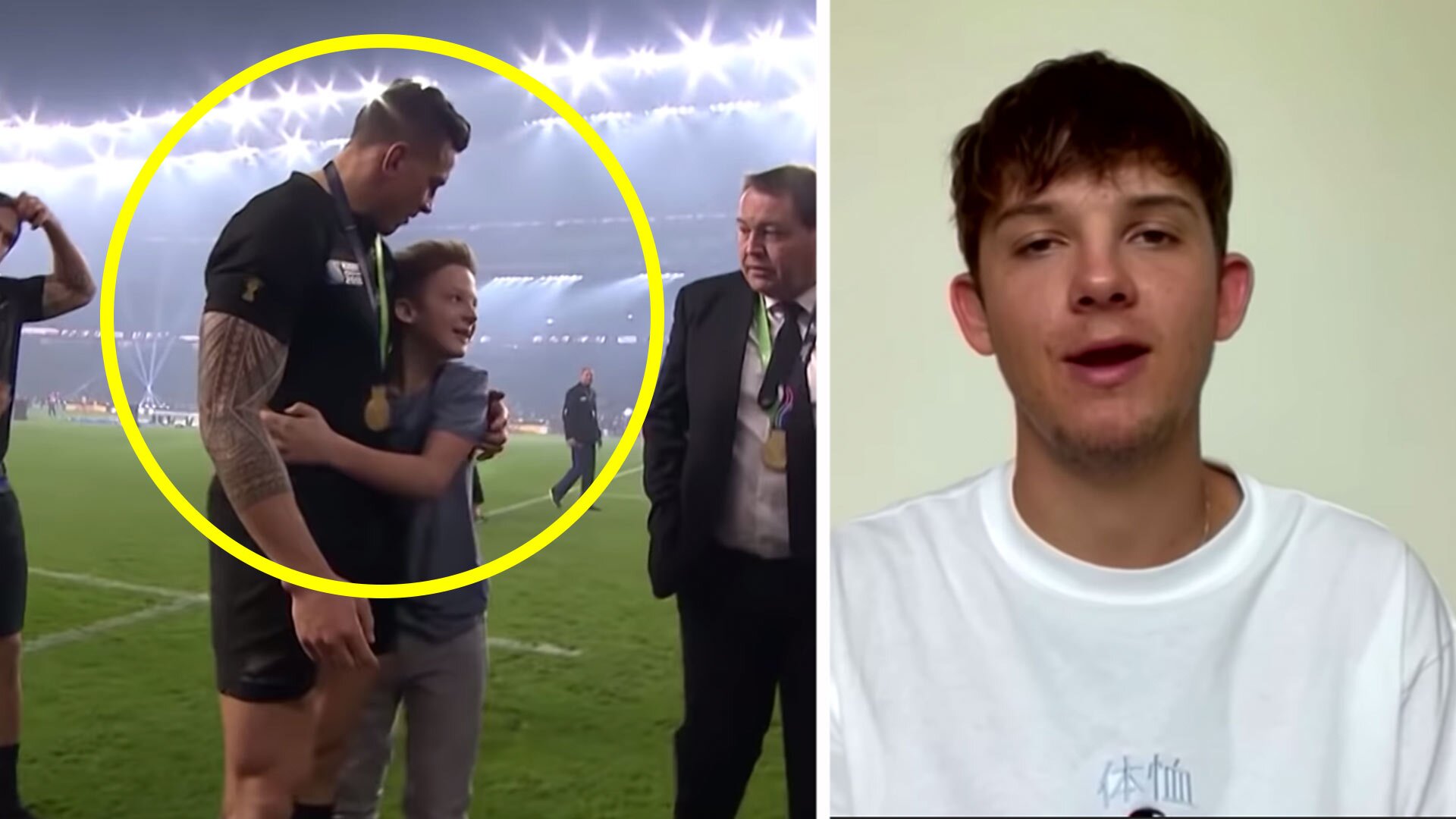 What happened to the boy Sonny Bill Williams gave his Rugby World Cup medal to?

After New Zealand won the 2015 Rugby World Cup, a boy became famous for invading the pitch. Sonny Bill Williams gave the boy his medal and viral scenes were made.

It was directly after the 2015 Rugby World Cup final, New Zealand had just beaten Australia at Twickenham, securing their 2nd Webb Ellis win in a row.

Directly after the final, a young boy ran onto the the pitch and security guards immediately grabbed the young boy. Sonny Bill Williams was then hugged by the boy, he then gave him his world cup medal. And incredible moment for the rugby world and, of course, the young boy.

Six years later, and World Rugby have managed to track down the young boy who was made famous on that fateful day in London.

Sonny Bill Williams announced his retirement from the sport last week, and the young boy agreed to give a short interview talking about the monumental impact that the New Zealander rugby star had on his life.

The rugby star made a name for himself in the sport for his outrageous offloads and flair play in the sport.

Many consider him to be one of, if not the greatest, offloading player of all time, beating off the competition from many Fijians.

He won the World Cup with New Zealand in 2015, coming on as a sub at half time, setting up Ma’a Nonu with a brilliant offload to give him the game-winning try.

The famous moment with the boy happened directly after the game. We will certainly miss this young player in the sport. He is one of the greats.

In a brilliant interview with the boy, he spoke in detail about what happened when SBW gave him his world cup medal.