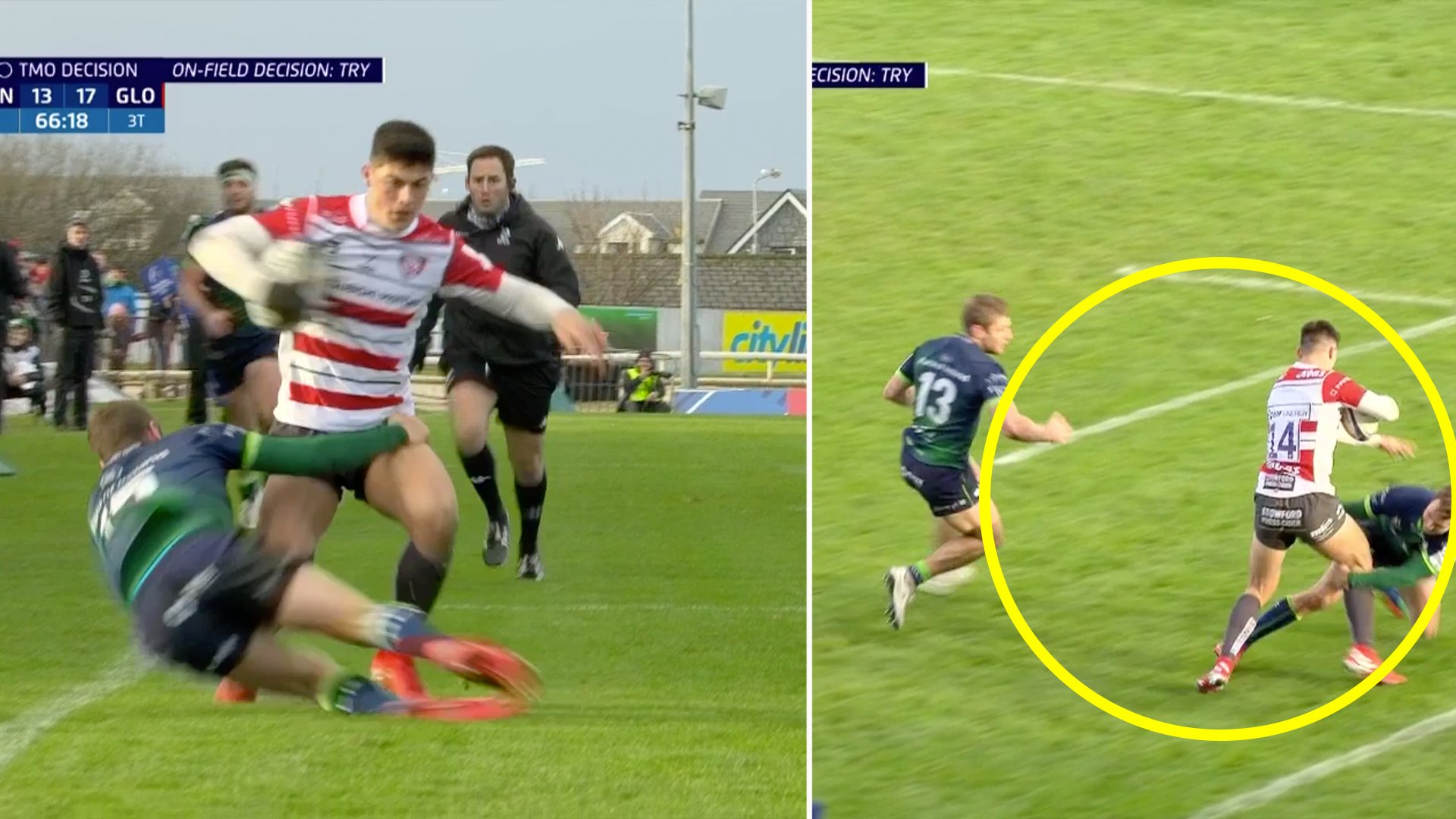 Not everyone will have heard of Louis Ress-Zammit yet. The 18-year-old Welsh star has been turning many heads in the Northern Hemisphere rugby world over the past two weeks, however. He is becoming a sensation after he did this today!

The Gloucester winger who is just 18 years of age, played against Connacht today in their European Champions Cup clash, and me oh my did he perform.

Gloucester scored a scintillating try down the right-wing in the second half and it was down to the speed and passing of this young man.

People have already been talking about this teen sensation for months, he is INCREDIBLY fast. We would argue that he may be the fastest player in the Prem at the moment, that isn’t exaggeration.

An exciting young talent for Gloucester and Wales. pic.twitter.com/iHODv5a5P1

But this assist he gave for the try will rise his stock to a completely different level, it really was that good.

The Welsh sensation has started in 5 games for Gloucester now this season and he is really beginning to attract the attention of the rugby world in the North in particular. Could he push Josh Adams for a spot in the Six Nations team with this kind of form.

With players like Billy Twelvetrees and Danny Cipriani providing him with the ball, no wonder his is doing so well on the wing.

Last week Rees-Zammit was on the end of a Cipriani break to score his first European try, and today it was the other way round as he drew in two Connacht defenders on the right hand side to set up this brilliant score.

Here is the clip of this try. Trust us, after this weekend everyone will be talking about Louis Ree-Zammit