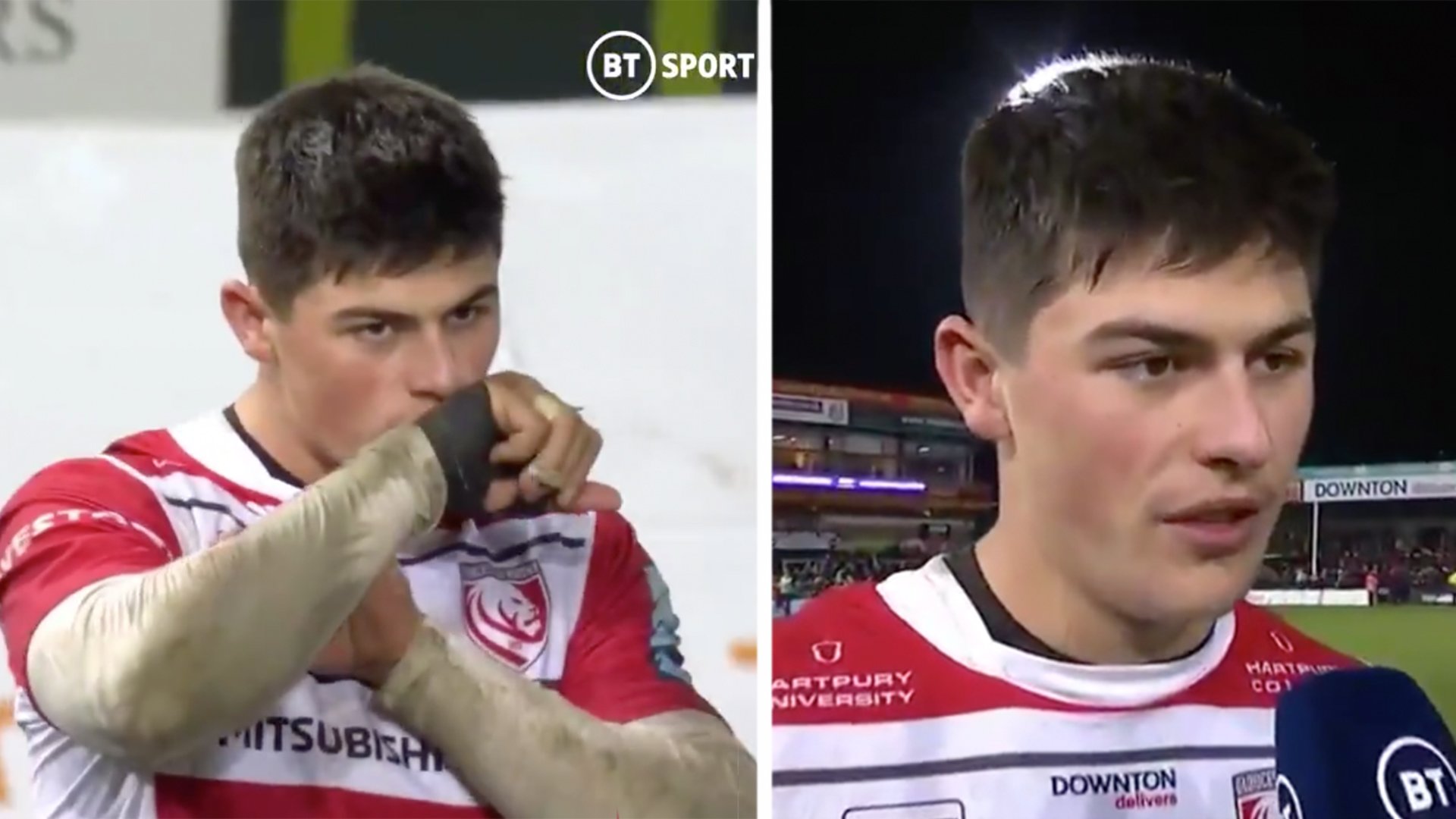 The hype around 18-year-old Welsh sensation Louis Rees-Zammit is going as the youngster scored yet another brace last night.

For the past two weeks, the young man has put in brilliant performances in the Champions Cup for his side Gloucester where he plays on the wing.

Last week he pulled off this naughty pass against Connacht from behind his back, and that had everyone raving about him.

Questions have been running around the circuit about what nation he will play for internationally. Former England international Andy Goode last nighted mentioned him online saying, “Is Lous Rees-Zammit English qualified?” He directly mentioned the youngster in this message.

The 18-year-old defiantly replied with one emoji…

The hype is justly growing around this youngster, who has been in sensational form for the Somerset team. It was only last week that the pass behind his back had every active rugby fan chatting about him.

The competition on the wing for Wales is intense with the likes of Cardiff Blues regular Josh Adams and newly signed Scarlets full-back Liam Williams dominating the back 3. Is there a space for young Louis Ree-Zammit on the other wing?

Just so everyone knows…

This is what he did last week, and this doesn’t even really portray this young man’s incredible speed which is without a doubt his strongest asset.

This is what he did last week for Gloucester.

And if thought that was impressive, this is only the start, this weekend he was up to it again with his pace being the real aspect of his game.

Last night he scored two tries against midlands outfit Worcester, and almost every major news outlet in Britain is tipping this man to be involved with Wales in some way come the Six Nations which kicks off in February.

Here is the clip of one of his tries over the weekend against Worcester.

The sensation is tearing it up, look at the speed of the man!