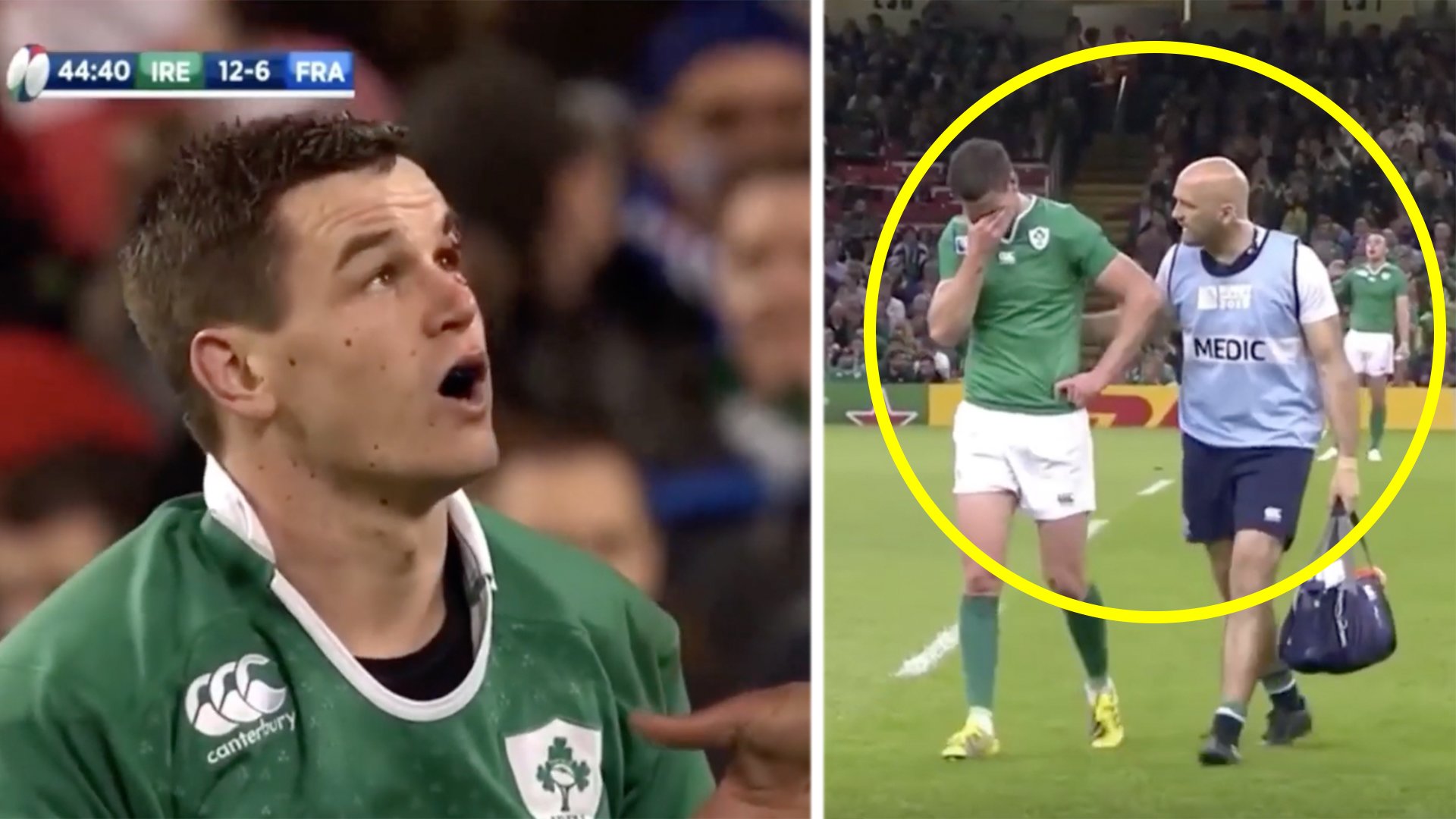 A revealing new video has been released this week looking at all the times that Ireland number 10 Johnny Sexton has been injured in a rugby match. It’s a long one.

We found this video online yesterday, and it really does highlight Sexton’s liking of taking a knee during a match.

Sexton, who won Rugby World Player of the Year in 2018 has become a target for cheap shots and tackles from players. This is because he has been so important for Ireland and Leinster that teams seemingly target him more often than other players.

It appears that, to fight this, Sexton appears to stay down longer on the floor to get higher sanctions against the players that go for him. In the video, Jonathan is seen down and injured 6 times. Even for a player that is targeted, that is a large number. It begs the question, is he injury prone, is he targeted more than any player in the world, or is he a showman?

We have to say this, a couple of the hits in this video are later than a Latte and they shouldn’t be in this video.

Sexton, who is a legend in Irish rugby, struggled to assert his dominance for the men in green at the Rugby World Cup in 2019, where they were brutally knocked out by the All Blacks in the quarter-finals.

Ireland now head into the 2020 Six Nations questioning whether they should stick with their 10 or find a younger option. If he is going down injured as much then as this video shows, then it may be time for him to pack it in…?

Do you think he is genuinely hit late in these clips of faking it?