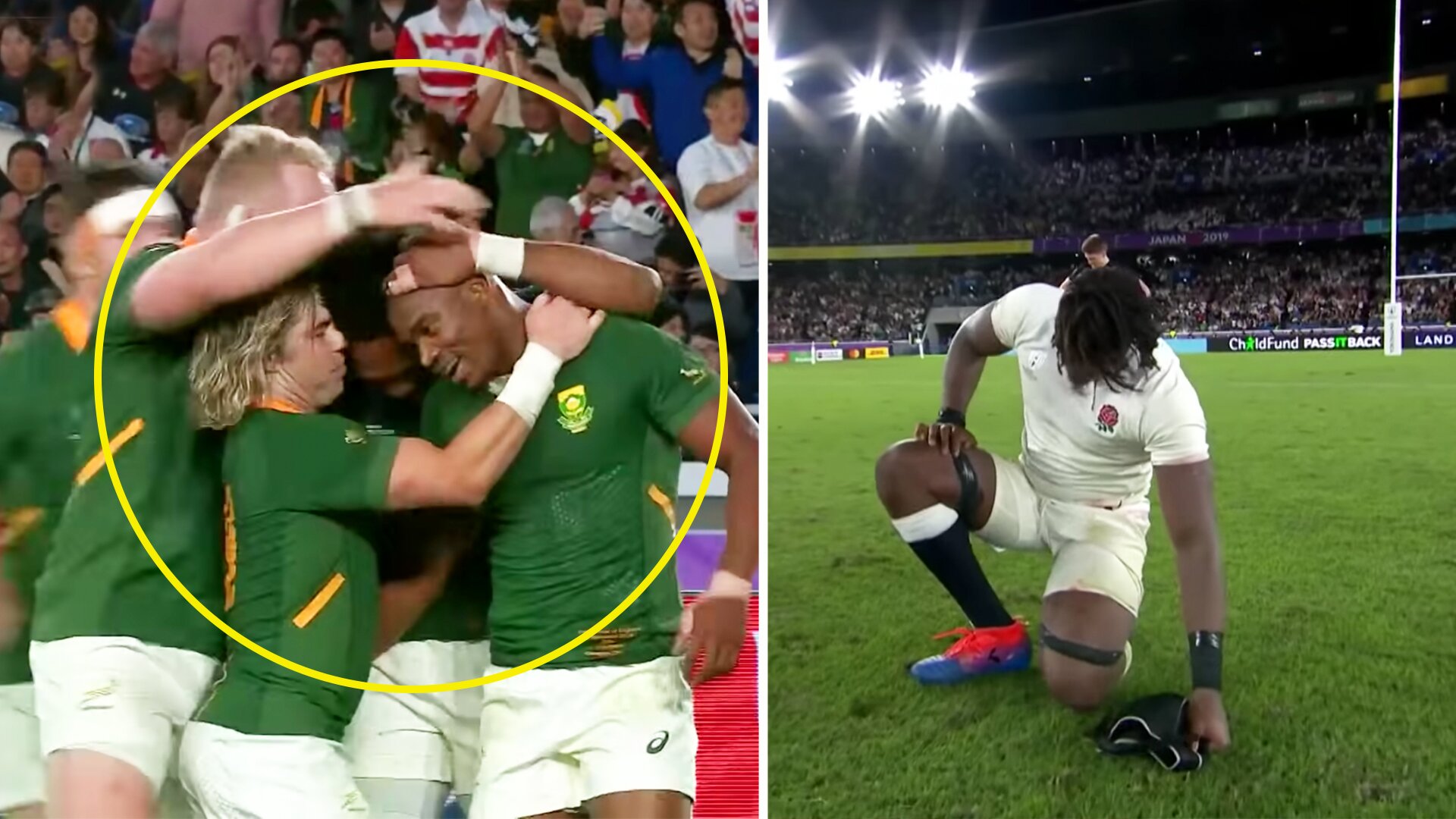 A rugby channel ‘Wibble Rugby’ has just dropped this brilliant new video on how South Africa managed to beat England in last years World Cup final down to the minute detail.

This is the most in-depth look at South Africa’s triumph that we’ve seen.

How deep does it go?

This video goes into incredible detail on all elements of the Springboks win over Eddie Jones England team.

This full breakdown covers everything from the tactical aspects of the victory, as well as the psychological factors that surrounded the match. If you loved that day in Yokohama – you’re going to love this!

Not a bad prize ay!

ICYMI: Someone is going to be the new owner of the scrum cap that @Cheslin_Kolbe11 wore when he scored that memorable try in the 2019 Rugby World Cup Final.
Get in the draw and make a difference.
Get your ticket HERE: https://t.co/CL37TOjZjO#StrongerTogether pic.twitter.com/aMdxWYmHcC

This deep-dive goes into minute details about the tactical elements of the South African’s win – covering the Springboks defensive manoeuvres that were so lethal against the English. He even describes, in detail, the tackling techniques that the side utilised to great effect in Japan.

Later in the video, he goes on to mention the importance of Springbok defence coach Jacques Nienaber. Wibble goes on to explain that as the sides phsyio/defence coach he could legally place himself on the sidelines close to the action. Allowing him to call out England’s defensive moves and relay vital information to his players.

We can see how effective this was for South Africa as they defended their line for three minutes with Nienabler visible in the background screaming instructions to his players.

This is one of the best analytical videos we’ve seen and it will go down a treat for South African fans around the world.

Watch the brilliant video below