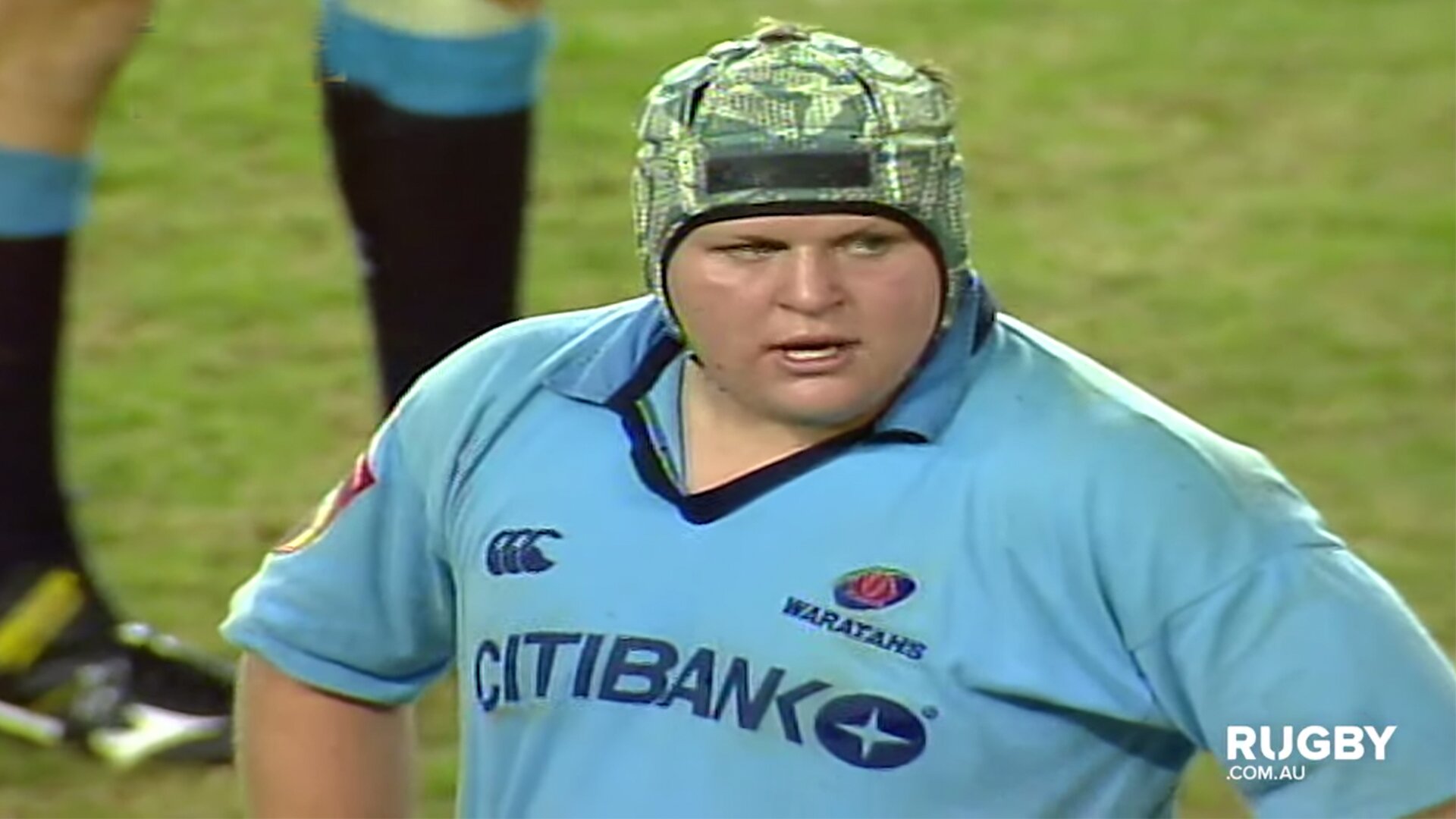 We only just found out today about the incredible weight loss journey off Matt Dunning. A prop with one of the best flair games in the game.

Matt Dunning was a prop for the Waratahs back in the early noughties.

He was known to be a rugby player who was a ‘back in a Prop’s body.’

The video below shows that.

When we saw this video we were amazed to see a screenshot from a few years ago showing his incredible weightloss journey.

It turns out that Dunning the former Wallaby was extremely unhappy about the size that he was, and he wanted to do something about it.

When he was a prop for the Wallabies Matt Dunning weighed 130kg and was constantly mocked for his tubby frame.

But since retiring from rugby union the 35-year-old has lost a staggering 40kg, dropping from 25 per cent body fat to just 11 per cent in six months. What an incredible weight loss.

We found a video which shows just how much weight the former prop has lost and it’s quite shocking to see!

Speaking to Mail Online, he said…

When I played footy I received a lot negative media stuff, but mate I haven’t seen one negative comment.

‘You think if you take photos of yourself you seem a bit up yourself but everything’s been really positive.’

Dunning, who played for the NSW Waratahs and the Perth Western Force before he was forced to retire in 2011 due to a neck injury, says he lost the weight by cutting down on food.

While losing weight he drank two high-nutrient shakes and ate just one meal a day, and would do cleanses four days a month.

This is brilliant to see from this.