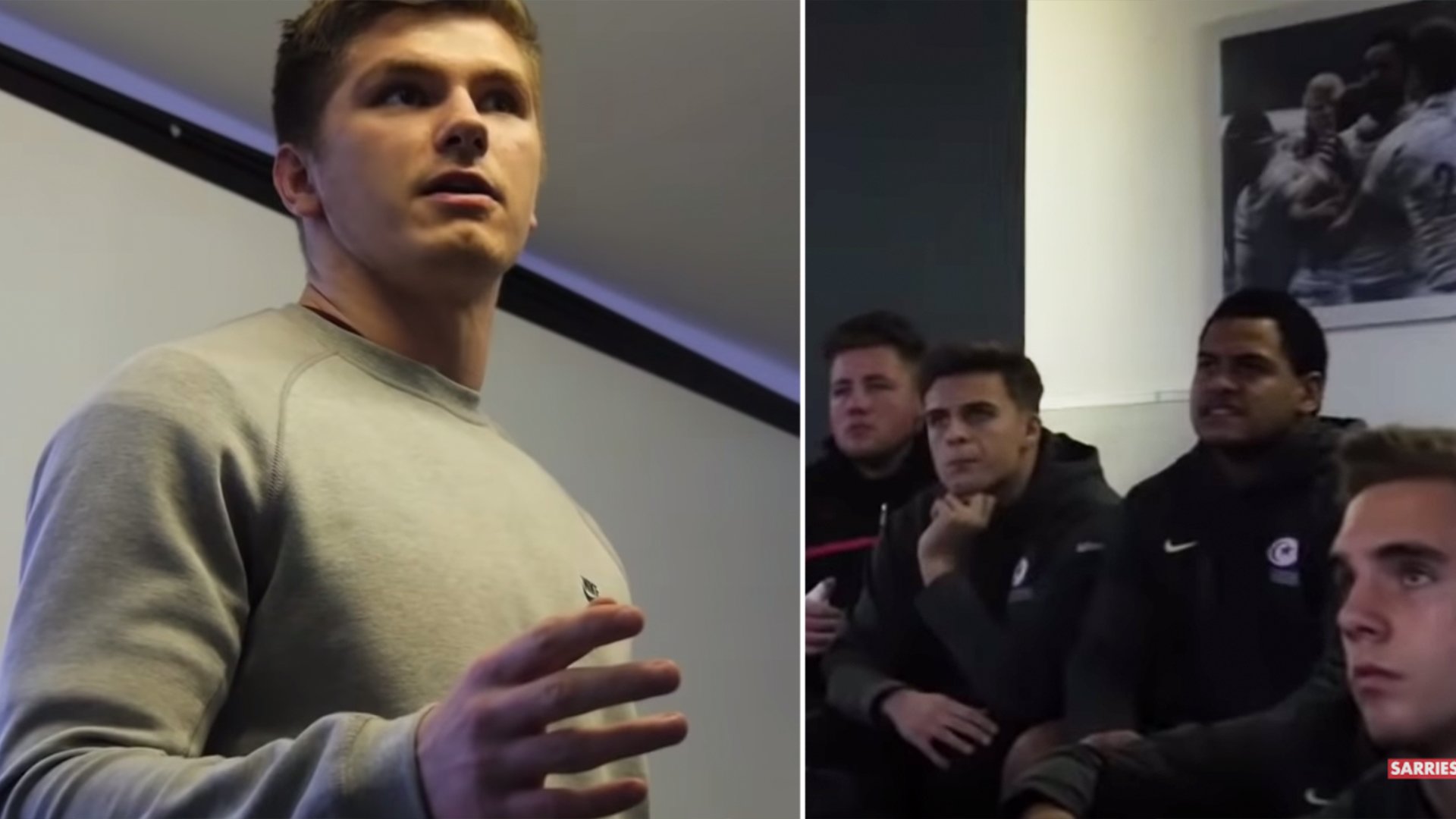 Owen Farrell is known by many people to be one of the greatest rugby players in the World at the moment. A secret video of Owen Farrell’s team talk to a young Saracens team is now taking over the Internet.

It shows Owen Faren Farrell giving a team talk to Saracen’s Under 18s team before a cup final.

From the moment he walks into the room he captivates the room with his presence.

Many rugby fans still wonder why Owen Farrell has been named as England captain, citing the fast that he sometimes loses his head in big matches.

England, our biggest handicap is Owen Farrell – he is the bad apple in your team that is contaminating all the good people, principles and practices in your squad. Pathetic example of a sport captain!!

It’s videos like which perfectly show why England coach Eddie Jones decided to put his faith in the Saracen’s centre.

The England captain in the video gives an incredible speech to a group of young players, reinforcing the importance for the young team to focus on bettering their own jobs rather than trying to ‘pull a rabbit out the hat’.

Many fans will have noticed from watching videos of Owen Farrell, that he basically conducts himself like a coach would, despite the fact that he is still a player.

In this video, you can see exactly why he is held in such high esteem by the England team.

Owen Farrell’s team talk here is not the only thing that Owen Farrell does well.

We have seen in previous posts from Rugby Onslaught that he really is a leader on and off the pitch. During the current problems around the world, Farrell has not made one post at all on his social media, while other players around him put up daily posts about trivial things.

It is apparent that even now during this crisis, the England captain is still focusing with his head down on improving his own game.