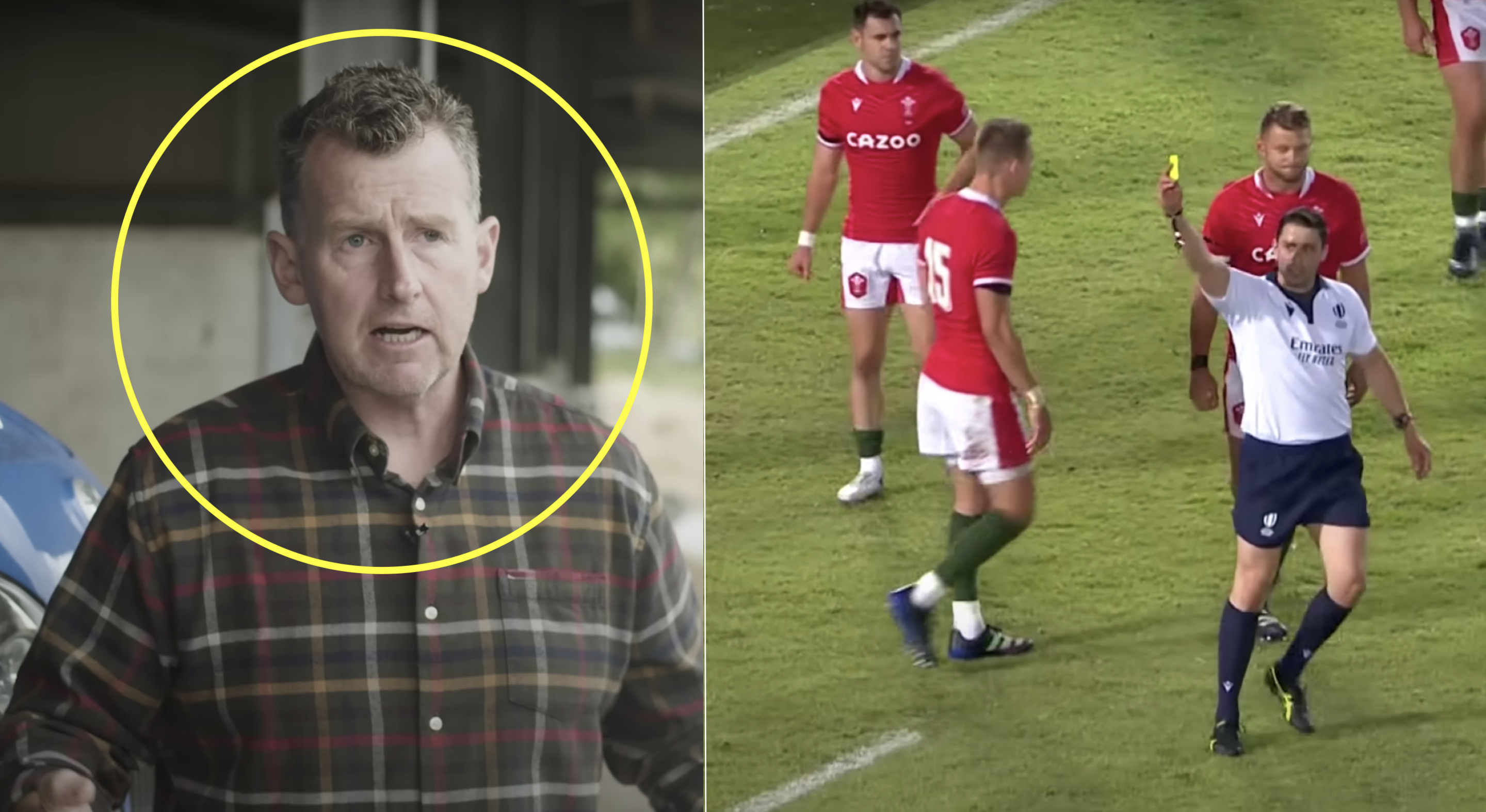 Referee Nika Amashukeli was not afraid to reach into his pocket a brandish yellow cards on Saturday at Loftus Versfeld as South Africa snuck past Wales, even reducing the visitors to twelve men in the closing stages. However, former referee Nigel Owens has questioned one of his decisions.

The refereeing centurion said this week on World Rugby’s Whistle Watch that he thought the yellow card shown to Wales winger Louis Rees-Zammit was “very, very harsh,” after saying the 21-year-old did everything legally.

The moment came late in the match when the Springboks were chasing the game. Willie le Roux had made a break and was  dragged down close to the line by Rees-Zammit, who was then in turn penalised for not releasing. However, Owens believes that the Gloucester winger did release, and was competing for the ball legally. Not only did Wales lose another man because of this, but South Africa were awarded a penalty try from the ensuing maul that came from them kicking their penalty to the corner. This must be an even more bitter pill to swallow for Wales as Rees-Zammit’s yellow was dubious in the first place.

“Louis Rees-Zammit yellow card, harsh or not?” Owens said. “Not as a Welshman, but as a referee, or maybe an ex-referee, yes for me a bit harsh. What a defending player needs to do, he needs to release the player on the ground, he needs to get up on his feet on the right side -so behind the ball and the ball carrier with his back towards his own try line-, and then on his feet to play the ball. So for me here this is textbook defending by Louis Rees-Zammit. Great tackle, releases, gets to his feet, so you have a clear release, and then he gets on the ball legally on his feet. This to me is a very, very harsh penalty let alone yellow card against Louis Rees-Zammit. For me this was textbook defending and should have been play on.”