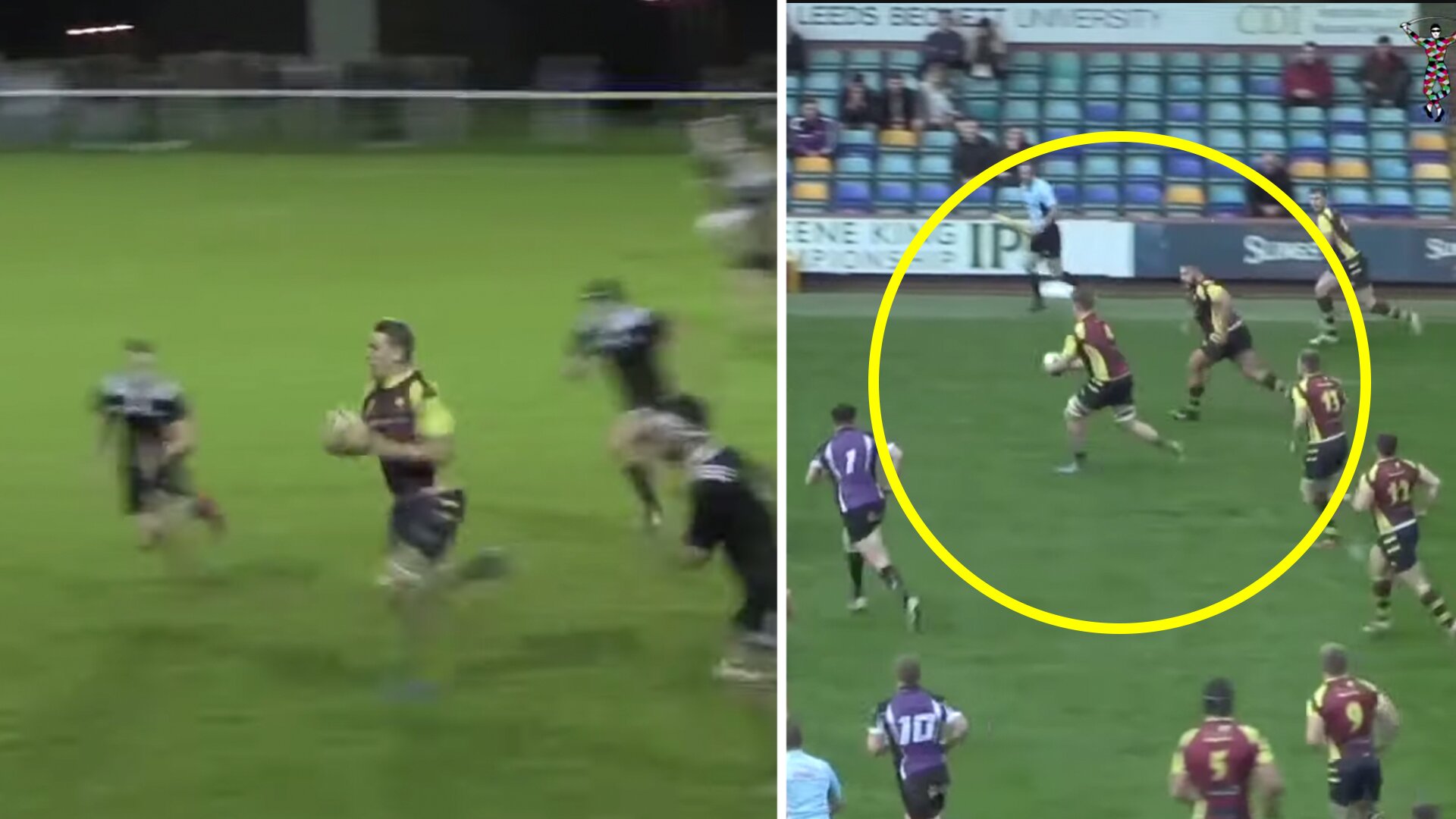 Alex Dombrandt was nothing short of a monster at University

A new video has revealed just how devastating Alex Dombrandt was when he played at University in Wales for Cardiff.

Harlequins forward Alex Dombrandt is one of, if not the best, Number Eight in England. New footage has shown just how devastating Dombrandt was for the team while he was playing at Cardiff Metropolitan University only a few years ago.

Alex Dombrandt currently plays for Harlequins in the Gallagher Premiership, he is one of the top players in his position in the country.

There has been a lot of controversy recent at him being left out of the England set up despite his brilliant form.

World Cup winner Will Greenwood spoke openly about it recently.

All @EnglandRugby fans in despair – look on the opportuntiy this represents now to have a look around and see who is playing well – I could put 20 lads up but this fella may be leading the way.. Alex Dombrandt for @Harlequins seems unstoppable at the moment. pic.twitter.com/EejKFIBZ8a

There has been a lot of debate about whether Eddie Jones should select him to play for England ahead of the likes of Billy Vunipola and Sam Simmonds. However, it seems like the Aussie coach is favouring the Saracens star at the moment.

This highlight reel shows just how devastating the young man was when he was playing for Cardiff in the BUCs league.

His combinations of power combined with surprising pace makes him one of the most dangerous and exciting players to watch on the rugby field.

He played in the second row while at University but then made the transition to the back row once he moved to the London side at the stoop.

It just goes to show how dominant a pro player can be when they play outside of that set up in their prime.