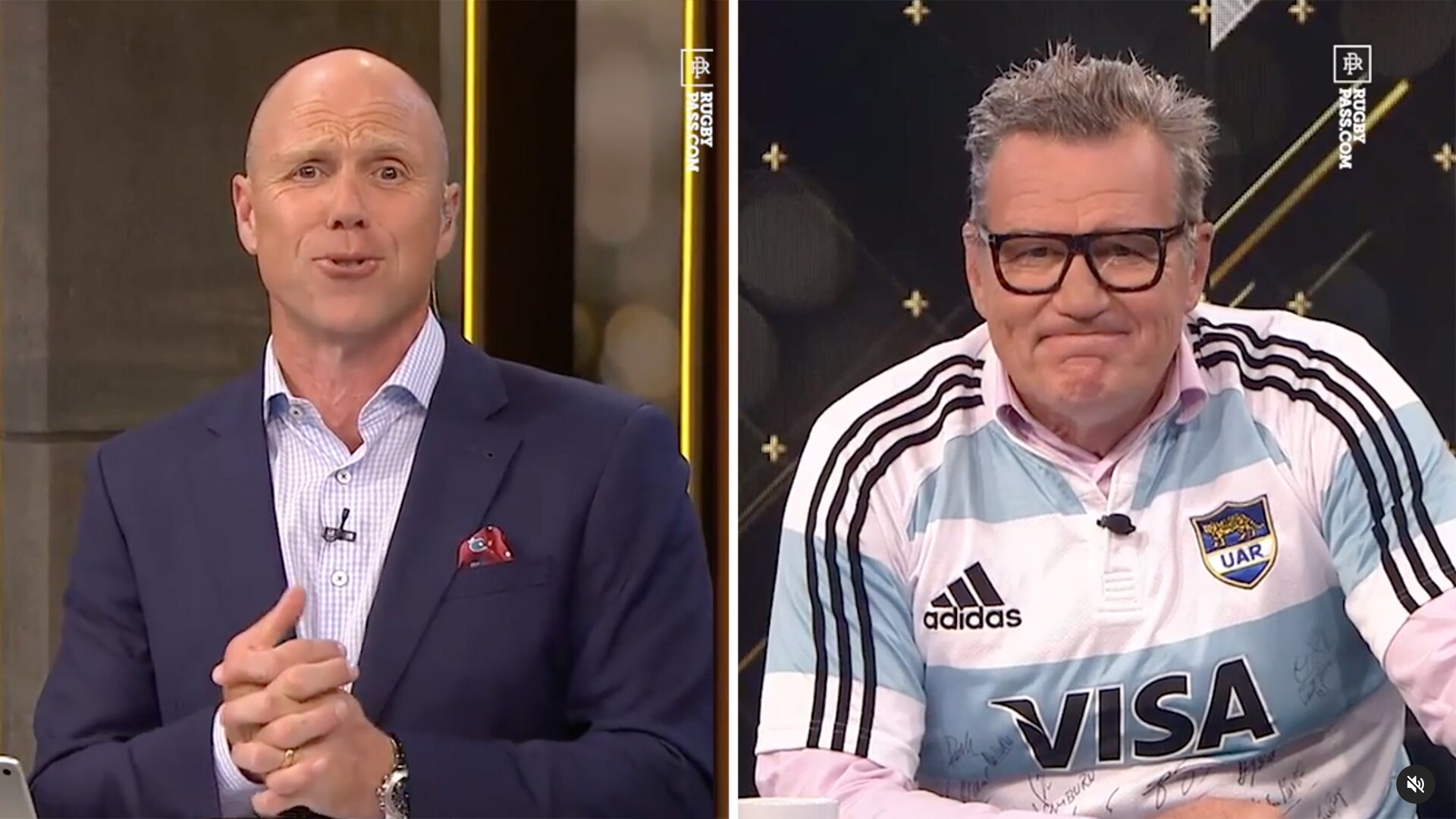 All Black legend and Breakdown pundit John Kirwin apologises live on air for writing off Argentina before this weekend’s Tri Nations clash.

Argentina recorded a historic victory over New Zealand with their forwards and Sanchez putting in incredible solo performances to help their team achieve their first-ever win over the men in black.

The All Black legend received a fair bit of stick on social media after his comments saying Argentina had no chance in the game backfired.

It’s fair to say Sir John Kirwin had a mare this week.

Even before the game, people were commenting on how pumped up the captain was for the game.

The Pumas recorded one of the biggest upsets in rugby history today as they stunned New Zealand with 15-25 in Sydney.

A whole host of Argentinian players have now shot into the limelight but none more than their 27-year-old skipper, Pablo Matera, who gave a sensational performance at blindside flanker for his side.

Kirwin wore an Argentina shirt live on set as he admitted you can’t take anything away from Argentina after their incredible performance in New Zealand.

Argentina will face Australia this weekend in the Tri Nations as they hope to continue their form after that iconic win against the men in black.

New Zealand will have two weeks to wait and plan a response to losing two games in a row for the first time in years.

The All Blacks are just coming hot off one of their biggest losses ever in the sport, not because of the scoreline, but because it was their first-ever loss to the Pumas.

New Zealand will now need to put in a top tier performance in their next few games to salvage back a chance of winning the Tri-Nations, they would probably still be considered favourites despite back to back losses in the competition.