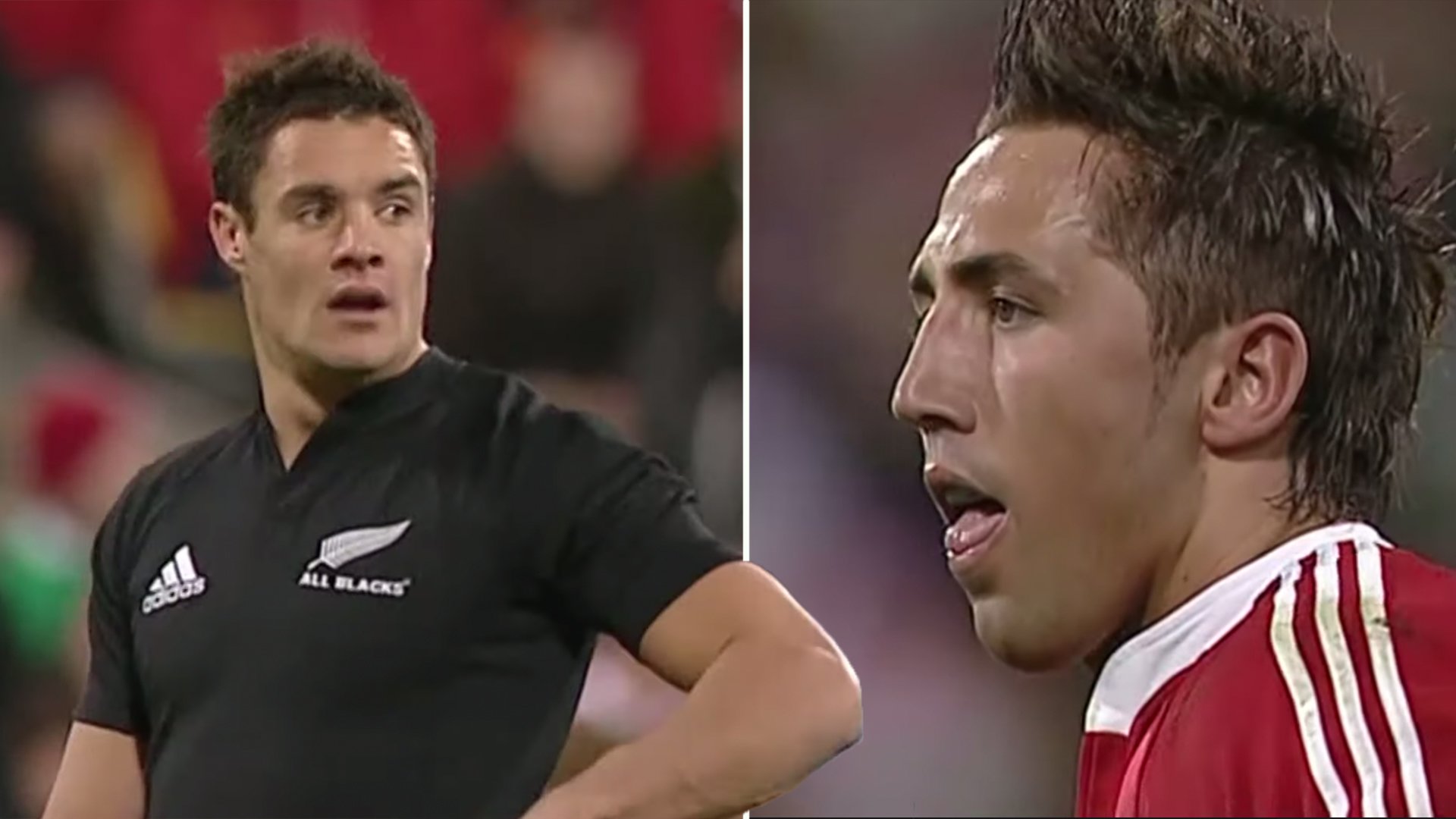 The All Blacks released footage of Dan Carter’s ‘perfect’ game against the Lions back in 2005. It has to be one of the single most impressive performances in a rugby match ever. This is why Dan Carter changed everything in rugby.

Back in 2005, New Zealand played the Lions in the 2005 Lions Tour Series, with the men in red hoping to beat this New Zealand team that had received so much hype before then. They were not ready for this All Blacks team who truly were changing to standard of rugby in the professional era. One of the men who was leading this crusade was Dan Carter who was just 23 at the time scored 33 points for the men in black. Dan Carter was perfect here.

His 33-point haul was one thing, but he made the 60-metre break for the All Blacks’ first try and he was the pivot for the second just before half-time that really broke open what had been until then an enthrallingly close affair.

The All Blacks today released footage of the performance that he put in that match, and even watching it 15 years later, it’s mesmeric to watch.

Dan Carter changed the game with this performance!

🥳 To celebrate the birthday of @DanCarter today, re-live his 33-point effort against the Lions in 2005.#HappyBirthday #BACKBLACK pic.twitter.com/MoG9HUxH4r

ormer World Cup-winning All Black first-five Dan Carter has described his failed Racing 92 deal as a “blessing in disguise” as he inches closer to the end of his illustrious career.

The three-time World Rugby Player of the Year had a three-month contract with Paris-based club Racing 92 fall through after a failed medical exposed a “cervical spine problem”. Dan Carter perfect here.

He would have earned upwards of NZ$49,000 per month if he had passed the medical.

Carter, who currently plies his trade in Japan with Top League club Kobe Kobelco Steelers, told the New Zealand Herald the problem was a “disc bulge” in his neck, of which is common among rugby players.

French medical authorities were particularly strict in managing player injuries, making a return to French rugby impossible for the 37-year-old, who has been dealing with the injury for a number of seasons now, and may require surgery to fully recover.