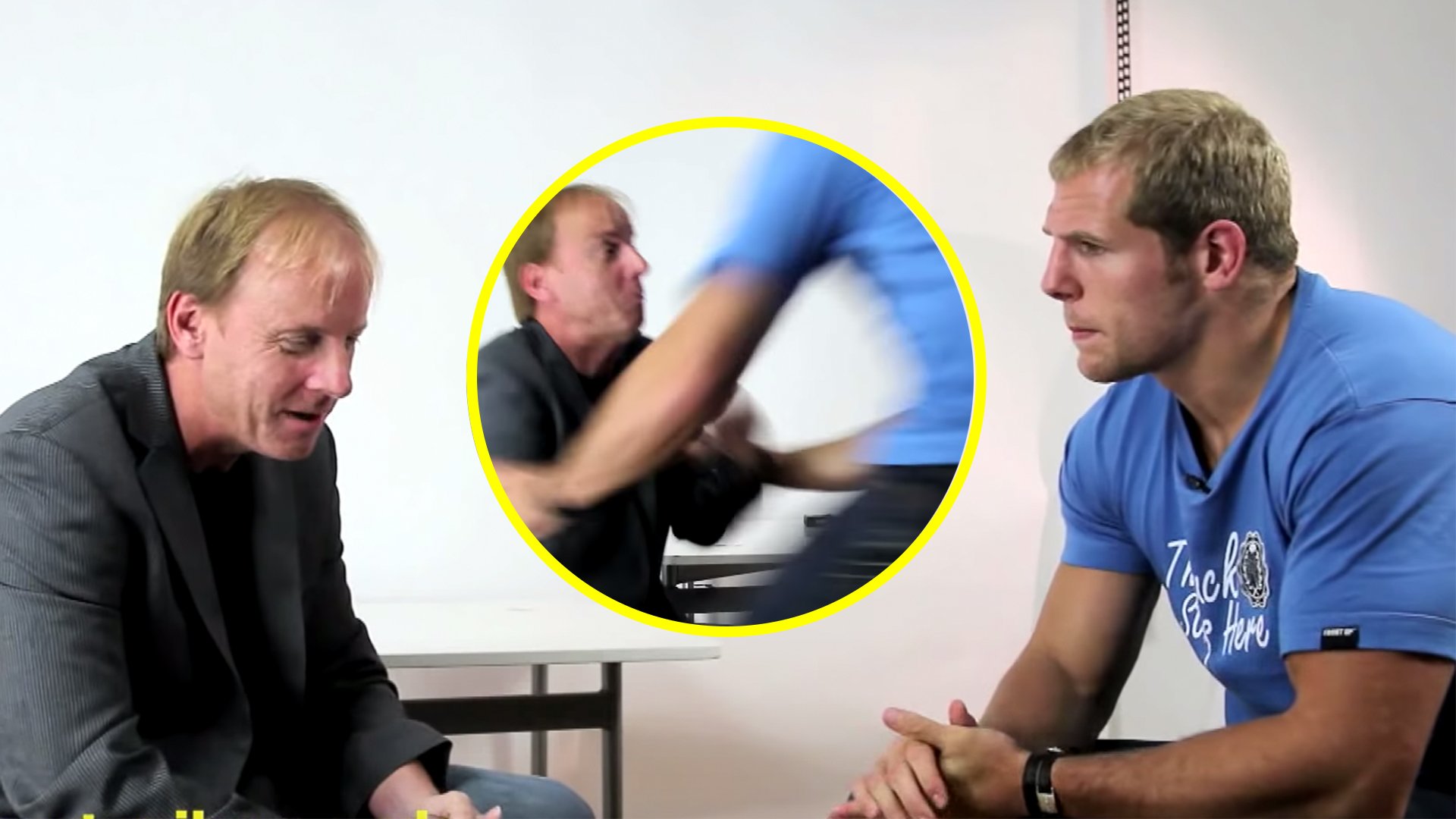 The Moment James Haskell Ruined A Reporter During A Live Interview

Many rugby fans know James Haskell as the funny, banter-filled good guy these days. But he used to have quite the temper on him. This old video interview showcases that fiery and sometimes dangerous streak.

We discovered this old video of James Haskell being interviewed by SportsVibe. In this video, Haskell who was in his early twenties at the time explodes on an interviewer after he finally loses his patience with a reporter who was trying to wind him up.

In the interview the interviewer calls him a ‘poor man’s Dallaglio’, and this seems to truly tip him over the edge.

Laurence Dallaglio, won everything there was to win in rugby, he was one of the true greats of the sports. Is it fair enough to say that you’re nothing more than… um, a poor man’s Dallaglio?.”

He didn’t take this well… The interviewer then made a comment calling him something and the England back-row flipped lunging at the interviewer.

It’s such a crazy video, we couldn’t even be sure it was real because of the drama involved.

Here is the video of the full interview, you can kind of see where it starts to go off the ropes!

James Haskell announced his intention to retire from professional rugby at the end of the 2018/19 season.

After a storied career that has taken him across the globe, the 34-year-old flanker has endured an injury-plagued campaign with Northampton Saints – struggling with recurring ankle and toe problems that have restricted his appearances in Black, Green and Gold.

But despite a frustrating season, Haskell leaves the game as one of England’s most successful players and his experience will be missed around Franklin’s Gardens.

“I have loved every minute of my career in rugby and feel very privileged to have played with and against some exceptional players,” said Haskell.