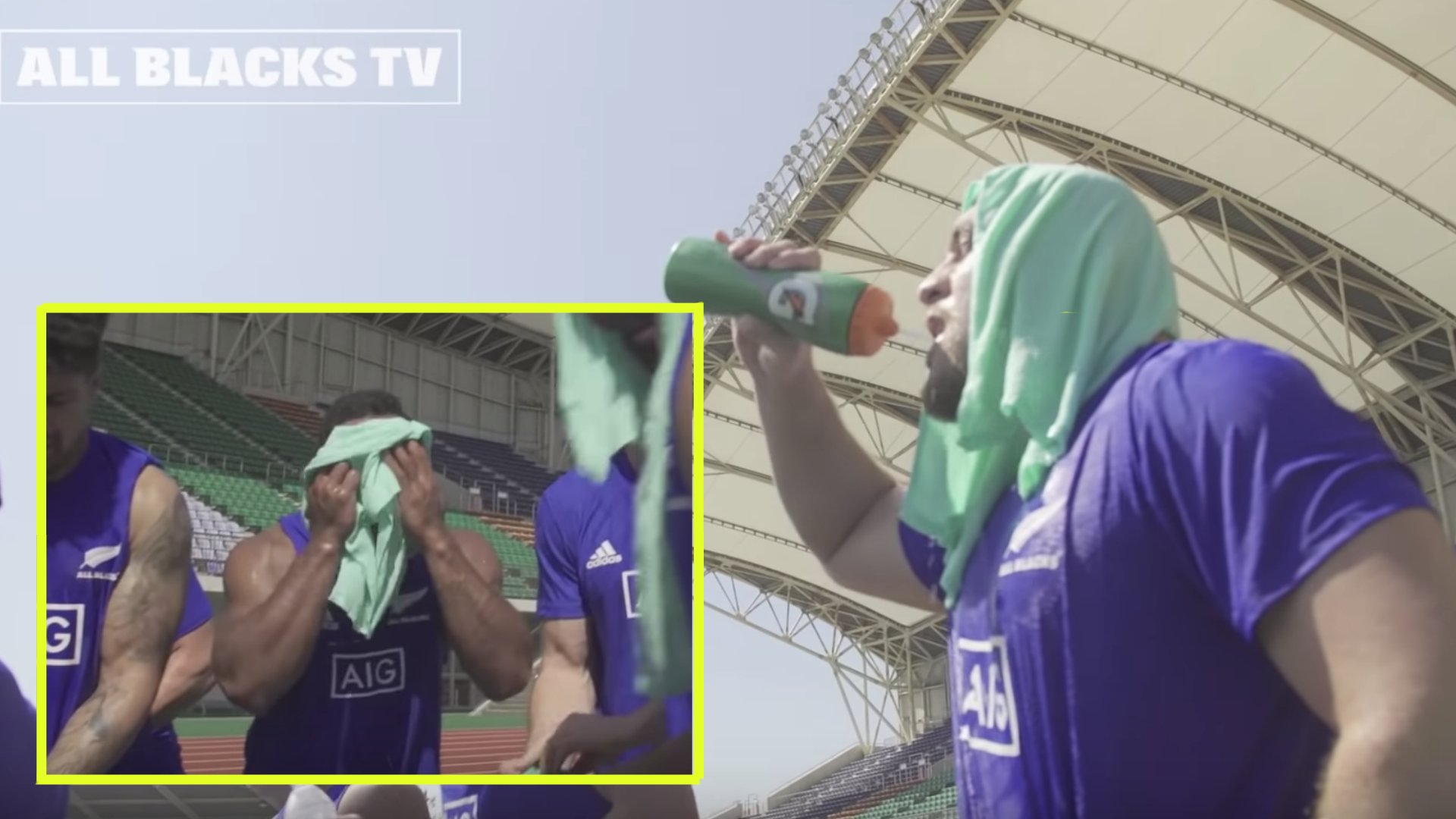 The All Blacks are training in searing Japanese heat – Training video

The All Blacks ramped up their training in the lead up to the World Cup, as they trained in heats of up to 33C in Kashiwa. The searing heat didn’t get the better of the All Blacks however as they doused themselves down with wet towels at every opportunity.

New Zealand, who trained in blue rather than black, looked sharp as they headed into the indoor training area, which had exercise bikes and workout machines.

It will be interesting to see how the teams cope with the heat coming into this World Cup. It will be an entirely different training atmosphere for the players, who would have played in the slightly chilly England in the 2015 World Cup.

In other news: Warriors name their Sevens Premiership Cup Squad

Warriors have included new recruits Caleb Montgomery and Oli Morris in their 12-man squad for the Premiership Rugby Sevens at Franklin’s Gardens in Northampton on Friday and Saturday.

Back-row forward Montgomery joined Warriors from Ulster during the summer as one of eight new signings for the 2019/20 season. Searing heat isn’t likely in the UK for this.

Centre Morris has joined the Three Pears Warriors Academy from Saracens, for whom he made two senior appearances.

Ollie Wynn, a Warriors Under-18 scrum-half from Bromsgrove School, is also in the squad along with four guest players – Birmingham Moseley’s Louis Roach, Westcombe Park utility back Joel Medcraft and the unattached pair of Ashley Williams and Isireli Sema.

Warriors have been drawn in Pool A along with defending champions Saracens and Sale Searing Sharks.

Warriors will play Sale in their opening match on Friday at 6.15pm and Saracens at 9.15pm.