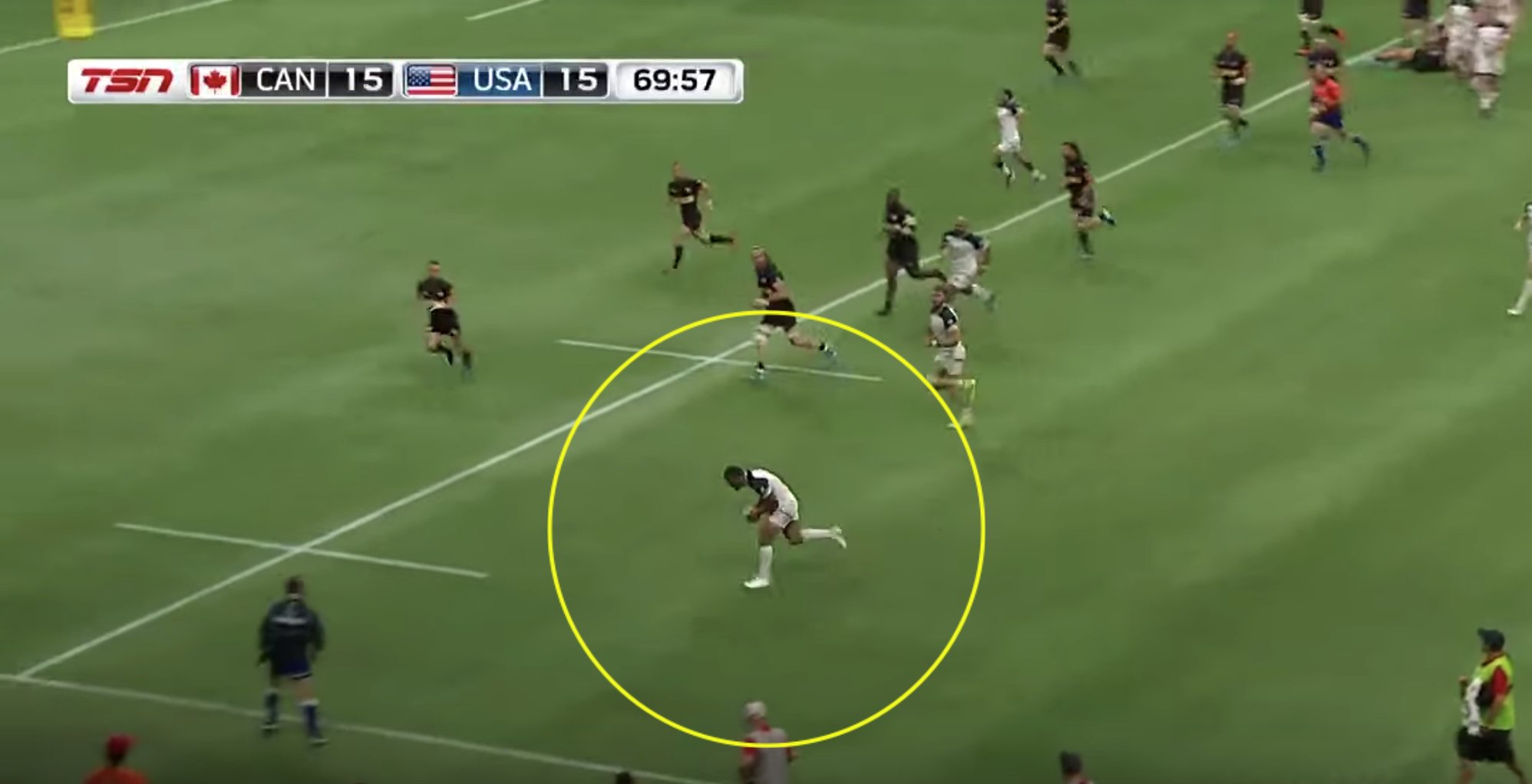 The USA beat Canada this weekend in a close encounter which ended USA 20 – 15 Canada. However, the main highlight of this match was bulldozing finish from USA’s winger Martin Iosefo.

With ten minutes to go, the winger took the ball on the left-hand side of the pitch with two defenders waiting in front of him. We would try and describe what happened then, but we think it would be better to just show you.

In other news: Edinburgh granted 7,000 seater-stadium next to Murrayfield

Edinburgh Rugby can confirm that The City of Edinburgh Council has now granted a Building Warrant to enable the club to begin construction on a purpose-built 7,800 capacity stadium on the back pitches of BT Murrayfield.

Edinburgh Rugby has worked closely with both Scottish Rugby and The City of Edinburgh Council over recent months on the detail of the plans. This outcome allows construction on the stadium to start in Autumn this year, with a view to it being ready for the club play in its new home from the beginning of the 2020/21 season.

Until then, the club will continue to play home fixtures on the main international pitch at BT Murrayfield for the entirety of the 2019/20 season whilst the stadium is constructed.

This is underpinned by the coming season’s Season Ticket Membership sales having already reached record levels, as supporters continue to back Richard Cockerill and his squad ahead of the new campaign in growing numbers.

Edinburgh Rugby Managing Director, Douglas Struth, said: “While this has clearly been a difficult process and more drawn-out than we had envisaged, we are delighted to have now been granted a Building Warrant by The City of Edinburgh Council.

“This now allows us to move forward with what is clearly a pivotal and game-changing project for the club.

“I’d like to thank all those who continue to work proactively within the project as we now move into a build-phase, as well as The City of Edinburgh Council for concluding the Building Warrant process with us.

“I’d also like to thank the club’s supporters for their continued patience throughout this period and for buying Season Ticket Memberships in such numbers. Winger winger

“With Season Ticket Memberships having already hit a record high ahead of the 2019/20 season, coupled with today’s hugely positive news regarding the stadium, I believe this is a really exciting time to be an Edinburgh Rugby supporter and I would urge our fans to get behind the team over the coming season as we prepare to move into our new home.”