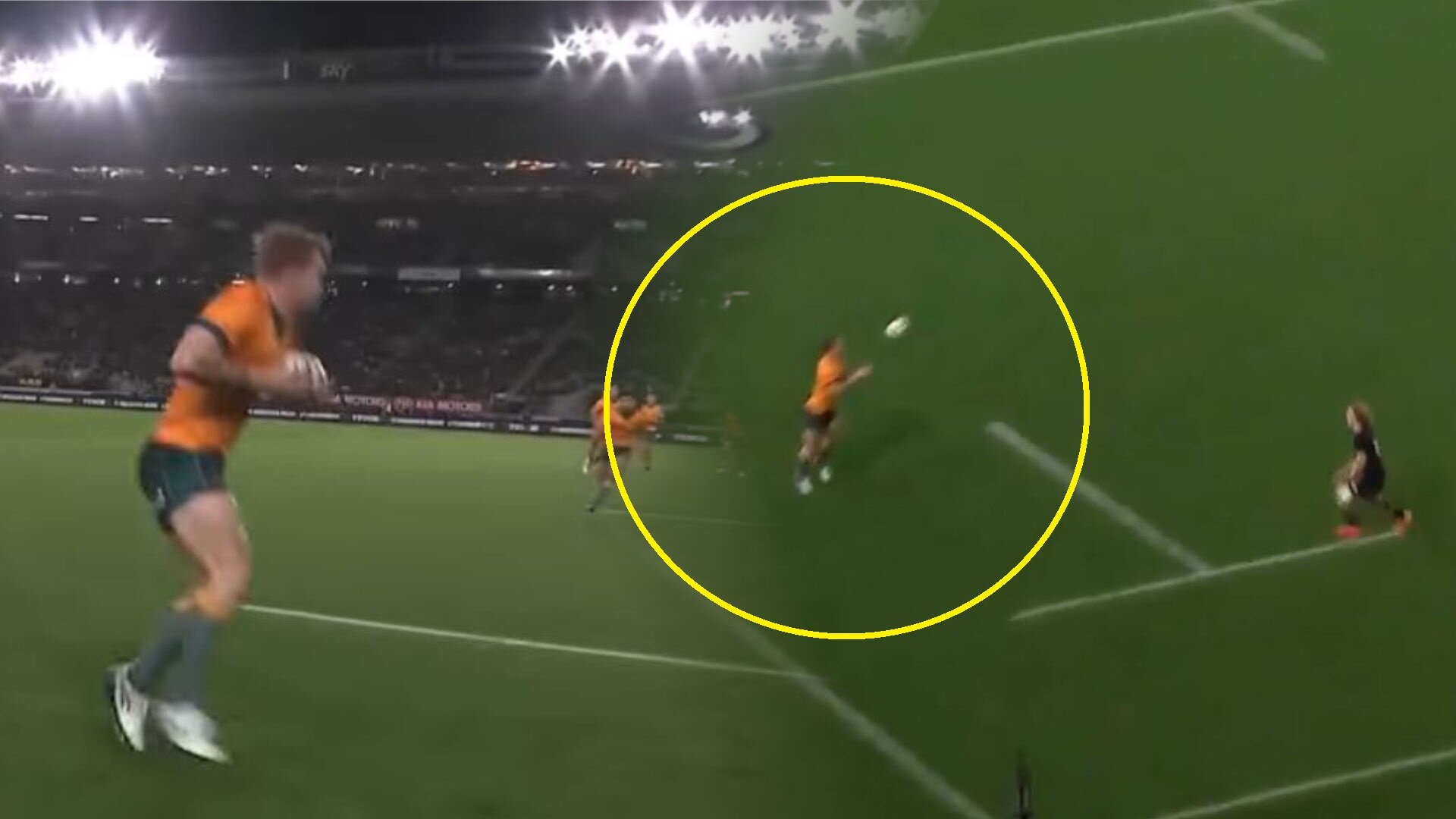 Andrew Kellaway is a class player and he has been for years. Shame it’s taken for him to reach 25 for the Wallabies to realize just how good he is.

He demonstrated that against the All Blacks, making the darling of NZ media, Damian McKenzie, look decidedly ordinary.

Don’t get us wrong, DMac is a brilliant player. It’s just in this encounter with Kellaway, he was left like a blind man at a brothel: grasping.

Here it is again from an aerial angle.

The #BledisloeCup. Every Match. Ad-free. Live & On Demand.#NZLvAUS #TRC2021 pic.twitter.com/flTX9ydH1x

He scored twice in fact, here’s his second.

Andrew Kellaway proving he belongs in the Gold jersey 🔥

The #BledisloeCup. Every Match. Ad-free. Live & On Demand.#NZLvAUS #TRC2021 pic.twitter.com/I0GIlxyJWs

Rugby Onslaught spotted his talent years ago and good to see the penny finally drop in Australia. I the past, the Aussie system has been slow to blood talented young players.

NRL star Angus Crichton left the sport because he was told he wouldn’t play first-grade rugby with the Waratahs until he was 21 or something. He went to the NRL and was playing within a year.

He showed off prolific finishing ability at the World Rugby Under-20s Championship in 2014, breaking a try-scoring record for a single tournament previously held by Julian Savea and Zac Guildford after crossing the whitewash ten times in five matches.

Kellaway, who is equally comfortable at fullback, made his Super Rugby debut for the Waratahs in 2016 and also featured for the Barbarians in their 2017 clash against the Classic Wallabies.

UK fans will be aware of him from his year at Saints. He left the club in 2019.

“I’ve had a great time during my year with Saints; I really think this rugby community in Northampton is special and unlike anything else in the world.

“It’s been an amazing experience for me coming across the globe to play a completely different style of rugby, and I’ll remember the feeling of running out in front of an amazing crowd at Franklin’s Gardens with huge fondness.”