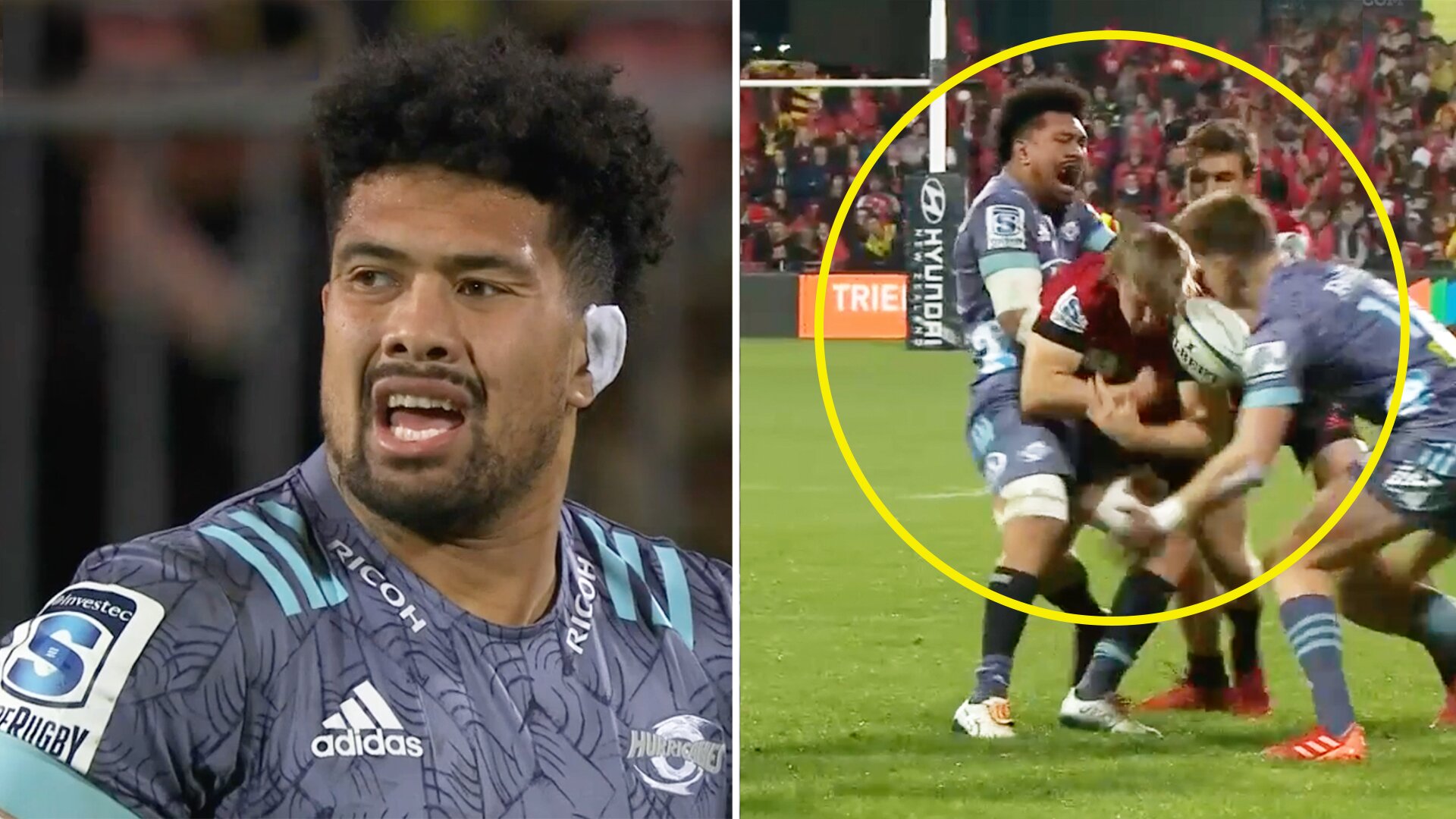 All eyes were on Ngani Laumape in today’s Super Rugby clash between the Crusaders and the Hurricanes but it was Ardie Savea who stole the show in the opening 40 minutes.

The All Blacks number eight was in mesmerising form in this crucial Super Rugby Aotearoa clash.

The game had been an entertaining end to end contest with both sides scoring a brace of tries.

Savea got the Christchurch crowd rocking early on in the game as the ball fell to fellow New Zealand man Jack Goodhue out wide.

He attempted to step around Savea before being wrapped up in his vice-like grip before letting out a blood-curdling scream.

Ardie Savea with the banshee screaming. You love to see it pic.twitter.com/ZTEDbNGlOo

It was only a minute or so later that the All Blacks powerhouse was again demonstrating his immense power as he made a carry off the back of his sides defensive scrum.

The slow-mo of the hit was even more terrifying.

The Hurricanes ended the first half with a narrow lead after a brilliant first half.

Jack Goodhue linked up well with Crusaders fly-half Richie Mo’unga to set up this brilliant try after a long period of sustained pressure.

Check out this for an offload from the New Zealand centre

How's the offload from Goodhue 👏🏽👏🏽

All eyes were on Ngani Laumape after a brilliant display against the Blues last week and the powerhouse number 12 didn’t disappoint with another showing of devastating running.

Last week the Hurricanes blew the Auckland Blues bubble after a surprise win in Wellington.