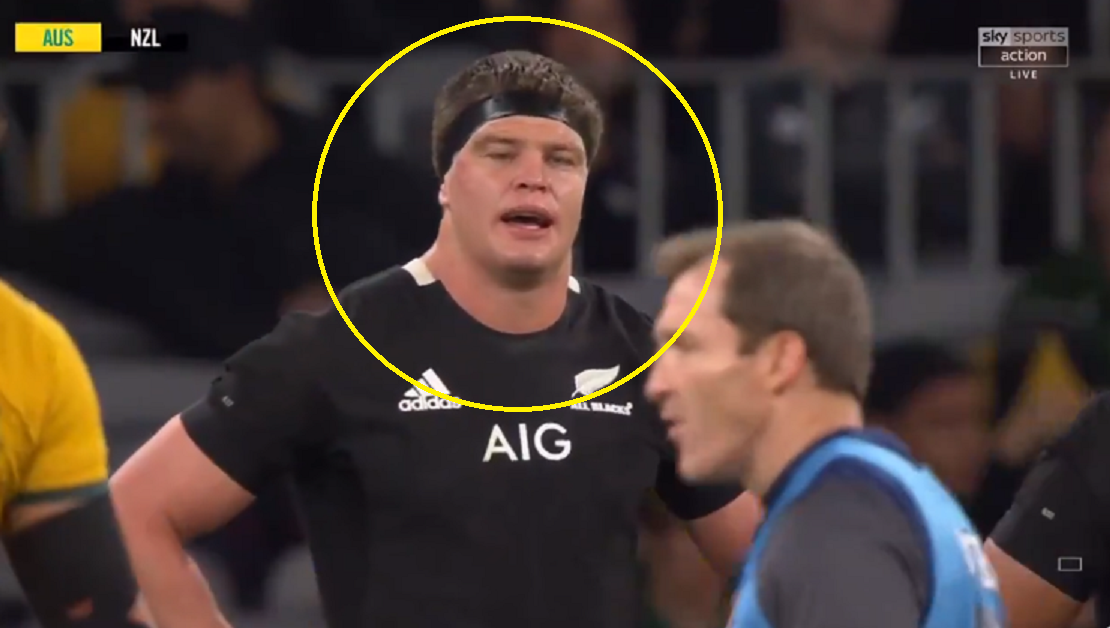 Red all day and this belligerent All Blacks lock who deserves to be banned for the entirety of the Rugby World Cup.

This is so dangerous and very, very bad from Bad Barrett – Scott Barrett.

Just before HT, Scott Barrett is dealt a straight red for contact with the head of Wallabies captain Hooper.

16-12 at the break and Australia with the man advantage for the second half.

New Zealand's Scott Barrett will play no part in the rest of this match for an elbow to the neck on Michael Hooper.#AUSvNZL #BledisloeCup
WATCH 📺 LIVE on channel 507 pic.twitter.com/lNufl1XKhU

With six weeks to go to Rugby World Cup 2019 – kicking off in Tokyo on 20 September – this year’s Pacific Nations Cup took on an extra layer of intrigue with all six competing teams using it as preparation for the upcoming global tournament.

Played across three rounds, with matches in Samoa, Fiji, Japan and USA, the tournament offered teams a vital chance to fine tune their squads and scope out their opposition, while fans got a tantalising taste of what is to come next month.

World Rugby Chairman Sir Bill Beaumont said: said: “I would like to congratulate Japan on a fantastic tournament – their thrilling victory over USA in Saturday’s winner-takes-all final round match was an exceptional display of rugby and should set them up superbly for Rugby World Cup 2019 in six weeks’ time. All teams who took part in this year’s World Rugby Pacific Nations Cup have set a truly fascinating stage for what is shaping up to be the most competitive, impactful and ground-breaking Rugby World Cup to date.

“Now in its 14th year, the Pacific Nations Cup has once again delivered three rounds of high-quality international rugby, thrilling fans in stadia from Fiji and Samoa to Japan and USA, and many more on television screens around the world. It was particularly pleasing to see Rugby World Cup host cities Kamaishi and Hanazono come through their operational testing with flying colours, welcoming sell-out crowds to Japan’s home Pacific Nations Cup matches against Fiji and Tonga and ensuring the stadia and infrastructure are Rugby World Cup ready. I would like to pass on my thanks to the Organising Committee for their diligence and professionalism in this process.

“As Japan prepares to welcome the world next month, Rugby World Cup fever is well and truly sweeping the nation. With more than 85 per cent of available Rugby World Cup tickets sold following unprecedented demand from fans in over 170 countries, and more than 400,000 international visitors expected to descend on Japan for the first-ever Rugby World Cup in Asia, the country is gripped with excitement and the Pacific Nations Cup has proved the perfect opener.”