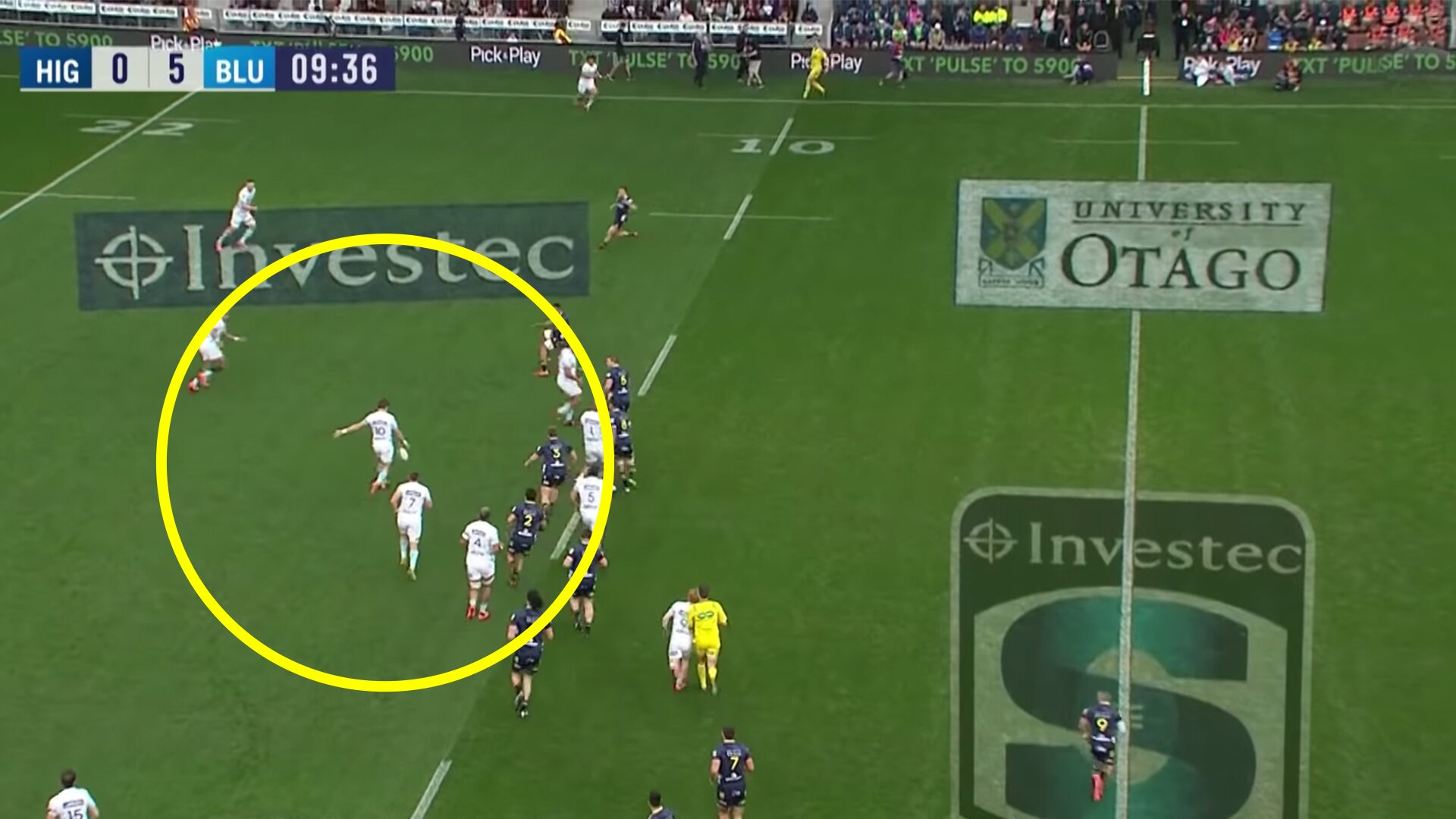 We haven’t seen a Beauden Barrett performance like this in years. The Blues star was on another level tonight. It is safe to say Barrett left the entire stadium speechless tonight.

The Blues put in a convincing performance to beat the Highlanders today, with Barrett putting in one of the alpha performances at ten for team who were playing in mainly white today.

The Blues (and Highlanders) fans seemed to be left in awe at some of the quick thinking from the New Zealand star man.

@beaudenbarrett should play more often at #10😍 What a play maker he is.🔥 #HIGvBLU

Beauden Barrett is bloody brilliant. Blues up and it will probably stay that way.🏉 #HIGvBLU

That pass from Beauden Barrett 🤤 #HIGvBLU

We used to be quite critical of Beauden a couple of years ago, but it has become quite clear to use that Barrett is king and the South Africans are the real enemy.

You simply wouldn’t see a player like Handre Pollard, or Owen Farrell for that matter creating chances like this at 10 for their rugby team.

We are going to show you two stunning clips of Barrett which left the Highlanders crowd absolutely speechless.

The first clip shows a pinpoint pass from Barrett in the first half. Blues winger Caleb Clarke had a lot to do but the clip is still special nonetheless.

Beauden Barrett set up one of the tries of the tournament with this piece of play from 10 👀 pic.twitter.com/7jCWch7csR

What is amazing is that this wasn’t even the best clip of the night. In the second half, Barrett made a pass that makes Finn Russell’s wonder pass against England in 2018 look like child’s play.

Honestly, how good was this pass…

That’s one hell of a pill from Beauden Barrett 🥵 pic.twitter.com/Wix96ETupL