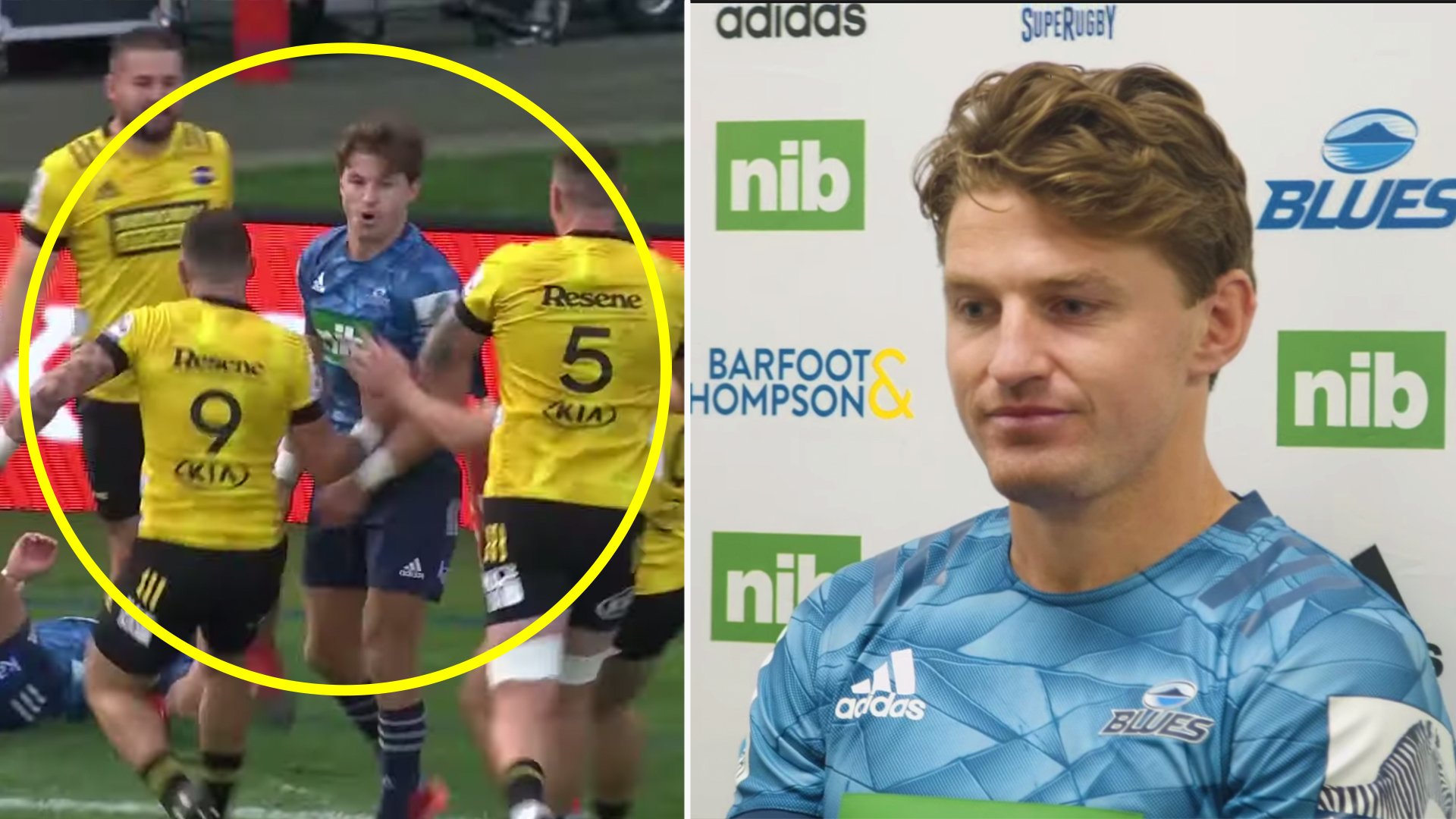 All Black and Blues back Beauden Barrett speaks to the media today about what is was like facing the banter from his former opponents in the Super Rugby clash against the Hurricanes today.

The Hurricanes players berated Barrett with some top tier s***housery after Dane Coles scored a brilliant try on the wing.

“That just happened in slow motion,” Barrett said after his subdued first match in almost eight months. “It was almost like it was meant to be, so fair play to him. He’s pretty good in the wide channels and in space so a guy like him should be able to finish against someone like me.”

Other than that incident, however, Barrett’s expectations for a series of banter to flow from Coles, TJ Perenara and others did not emerge from a team he represented 125 times before shifting north.

“There was no lip to be fair. I was quite surprised. I guess at fullback you’re a little bit further away which is probably a good thing.”

Ticking off his return match in front of a 43,000 sellout crowd, Barrett expects more to come as he settles into his new team.

“It’s been a long time coming. I said earlier in the week I’d played this game a million times in my head so it was good to get it out the way. Obviously there was that emotional hurdle to get over playing against all my mates as well as starting a new chapter in my career. It was never going to be a perfect game from me. I know I’m just going to keep getting better each day. I’m reasonably happy but it’s a good start.”

The Blues ran out comfortable winners in the end.

Barrett speaks to the media today, saying what he thought about the incident with his former teammates.