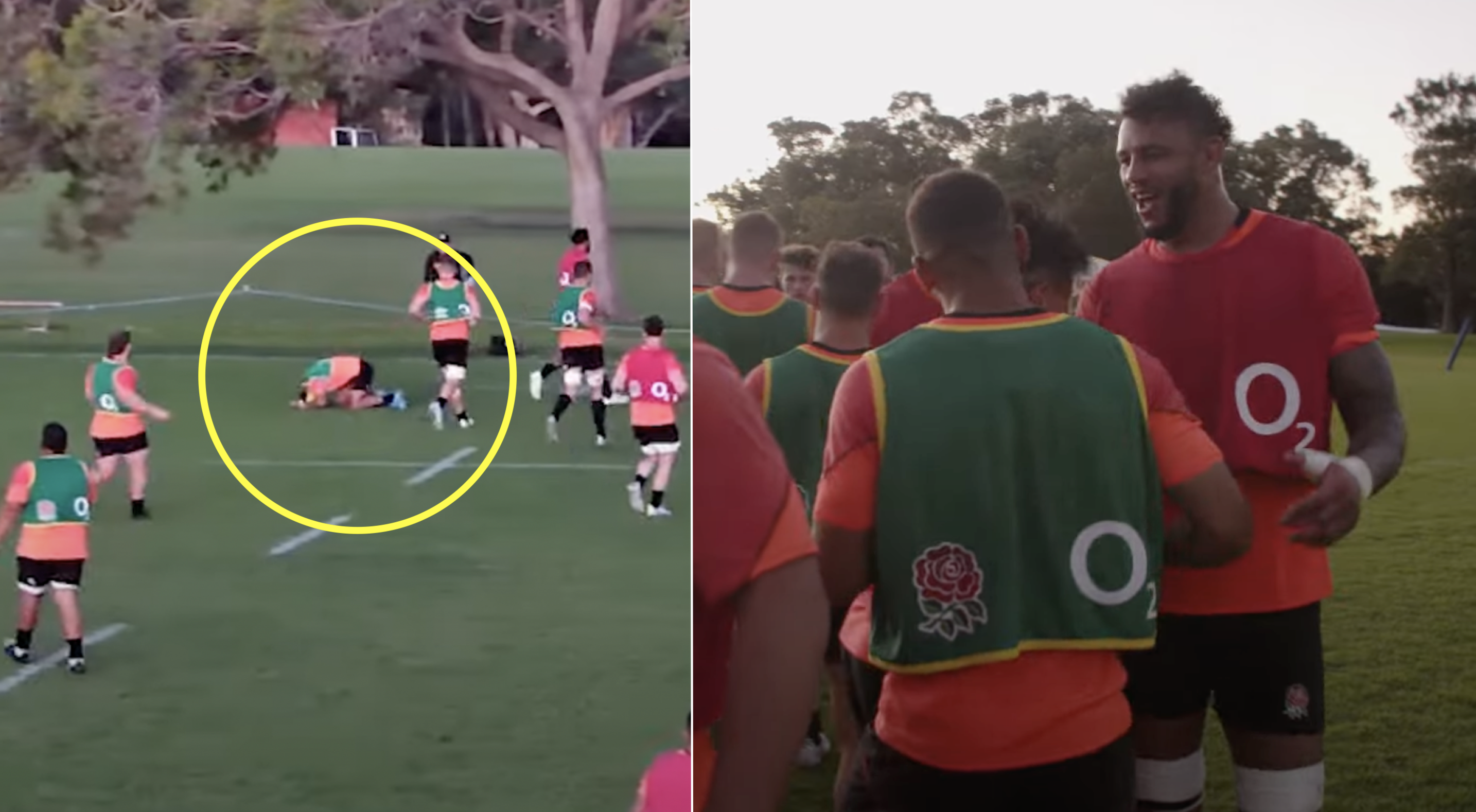 It is no exaggeration to say England lock/flanker Courtney Lawes is one of the biggest, if not the biggest, tackler in world rugby currently, and has been for a few years.

But while the England co-captain has made a name for himself by marmalising opposition players, usually fly-halves, it appears that his brutal hits are not just reserved for the opposition, but his own teammates too.

London Irish’s 19-year-old centre Will Joseph can attest to that after falling foul of the Northampton Saints star’s left shoulder in training this week in Perth as England prepare for their first Test against Australia on Saturday.

Speaking on England Rugby’s O2 Inside Line: The Next Level Down Under, the uncapped centre, whose brother Jonathan was part of England’s 3-0 series win over the Wallabies in 2016, described the ordeal.

“This was our first proper big session, our first proper hit out in Australia,” he said. “The ball was kicked into the back field and I go and pick that ball up and everyone was saying ‘kick, kick, kick,’ and I decide to run it back and I run straight into Courtney and he completely smokes me. He just said ‘mate, honestly I hope you’re alright, I didn’t mean that, that wasn’t the intention,’ and he was just checking in on me. Ellis [Genge] said you are not the first and you won’t be the last.”

Genge added: “Few live to tell the tale, he’s one of the lucky ones. But I think he felt it a bit. We all got round him and gave him a bit of grief for it, but I think he’s settling in well.”

Joseph was one of two players that were taken on this tour as apprentice players, so is unlikely to start against the Wallabies this week. On the other hand, not only is Lawes shaped to start, but could well be captain, and he certainly looks sharp.