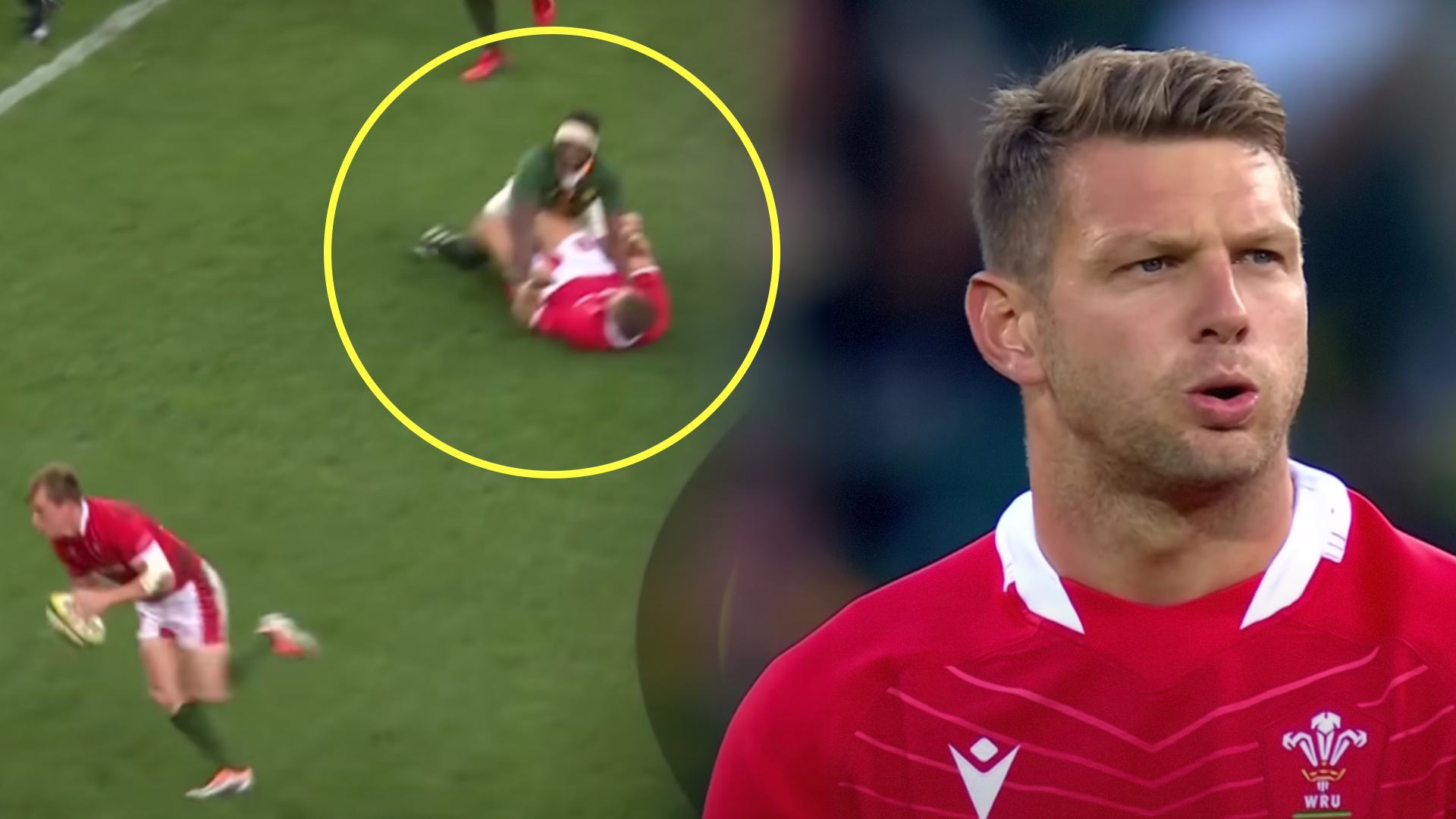 No fly-half in world rugby enjoys the experience of playing against South Africa flanker Pieter-Steph du Toit as the former World Rugby player has pulverised plenty of No10s across his career.

The World Cup winner has a sixth sense of being able to hunt down fly-halves and being able to put them under a huge amount of pressure- just ask George Ford after the World Cup final. Wales’ Dan Biggar was his victim last Saturday, and du Toit made sure his presence was felt in the early stages of the match.

Biggar was smashed by du Toit in the 17th minute of the third Test in Cape Town last Saturday, and to make matters worse, du Toit’s captain and back row companion Siya Kolisi joined in on the action under two minutes after. Whether it was a ploy or not from the Boks to harass Biggar or whether the opportunity simply arose for them and they took it is unclear, but despite two huge hits, the Northampton Saints No10 was undeterred.

In fact, in both tackles Biggar was actually able to get the ball away just in time, which in the first instance led to a break for George North down the wing and in the second instance directly led to Tommy Reffell’s try. This is a sign of a high quality fly-half- a player that is able to attract tacklers and distribute under extreme pressure. Then again, Biggar would perhaps rather avoid becoming a human tackle bag for the Springboks, but as captain he was putting his body on the line for the team and it paid off.

Jared Wright shared clips of the two tackles on Twitter. Take a look:

The fly-half had a standout tour in South Africa, and despite coming away from the series as 2-1 losers, it was a closely contested series.