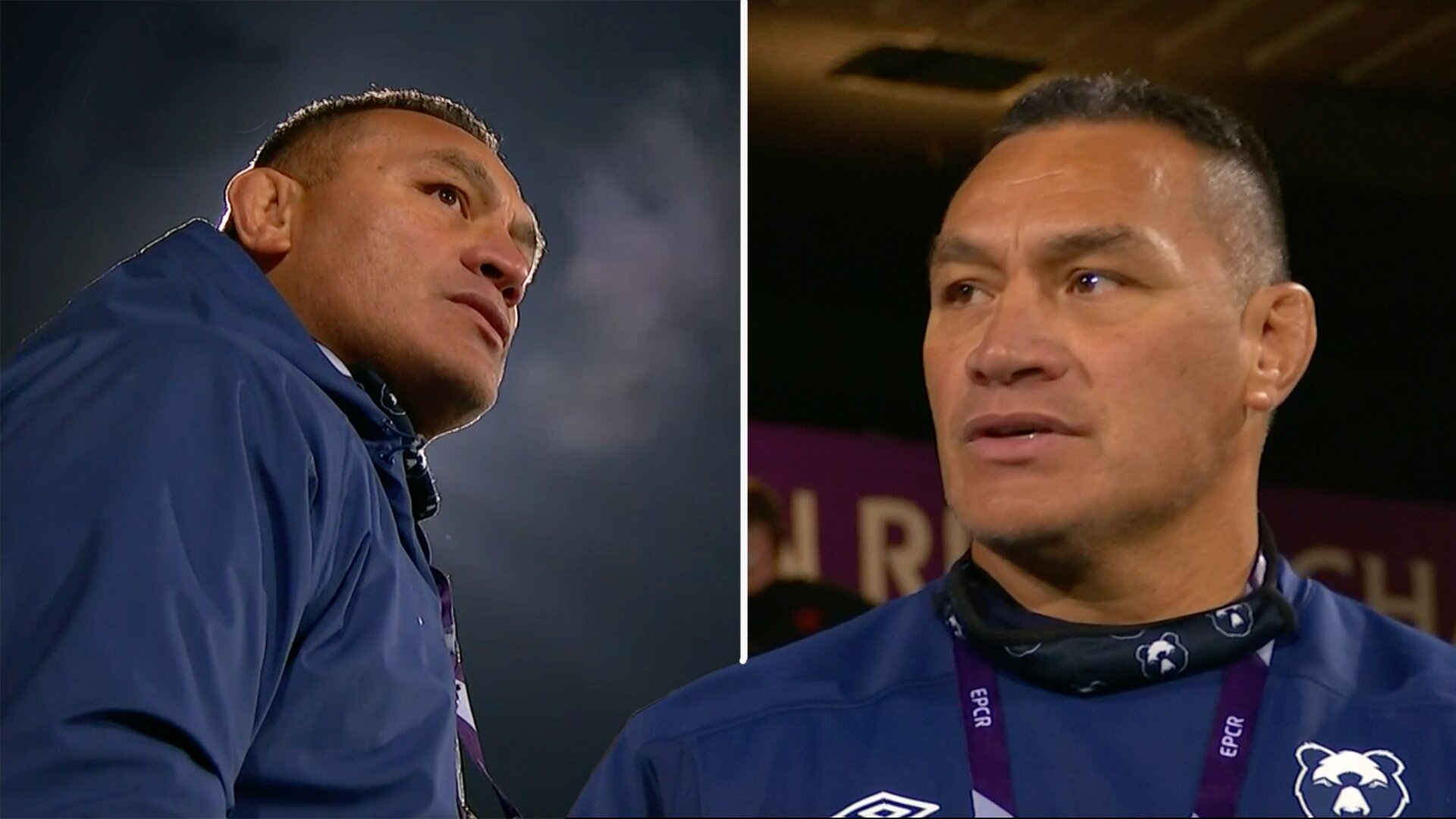 Bristol made history last night as they triumphed in the Challenge Cup final over Toulon. Their kit man, Junior Paramore, got far more attention than he’d usually expect, however, as the French TV cameras remained fixed on him throughout the evening.

Fans on social media began to notice something was unusual after the camera would zoom in on Paramore after each major decision in the first half with a slow zoom, eagerly searching for a reaction.

It wasn’t long before the BT Sport commentators of Nick Mullins and Ugo Monye realised what was happening.

As the first half wore on in what was an enthralling, end to end encounter, the pitchside cameramen continued to look for the close-up reactions of who they thought was Pat Lam.

Incredibly, no one informed them at half time that they had the wrong man and this continied to happen all the way through the match – even towards the final whistle.


Fans on social media saw the funny side of this mix up with Junior Paramore starting to trend on Twitter.

Solid from @BristolBears showed patience when they needed to after being hauled in following the early try they scored. Junior Paramore got more TV coverage than anyone! How can the director not be told he’s not Pat Lam?! 🤦🏼‍♂️ #RCTvBRI #ChallengeCupRugby

Man, I hope the french TV team speak to Junior Paramore after the game…

Someone have a word with the TV director and advise him that Junior Paramore is not Pat Lam, really poor. #RCTvBRI

Some fans, however, did not see the funny side and instead saw this incident not as a comical mixup but instead as a shocking case of causal racism on the part of the French broadcasters.

Brilliant watching this European rugby final (a good game too) because the French TV director keeps cutting to shots of the wrong coach for Bristol, confusing one Samoan Junior Paramore, a junior coach for the actual director of rugby Pat Lam. Racist, much?

Did you notice these moment’s from last night’s final? Let us know what you thought.