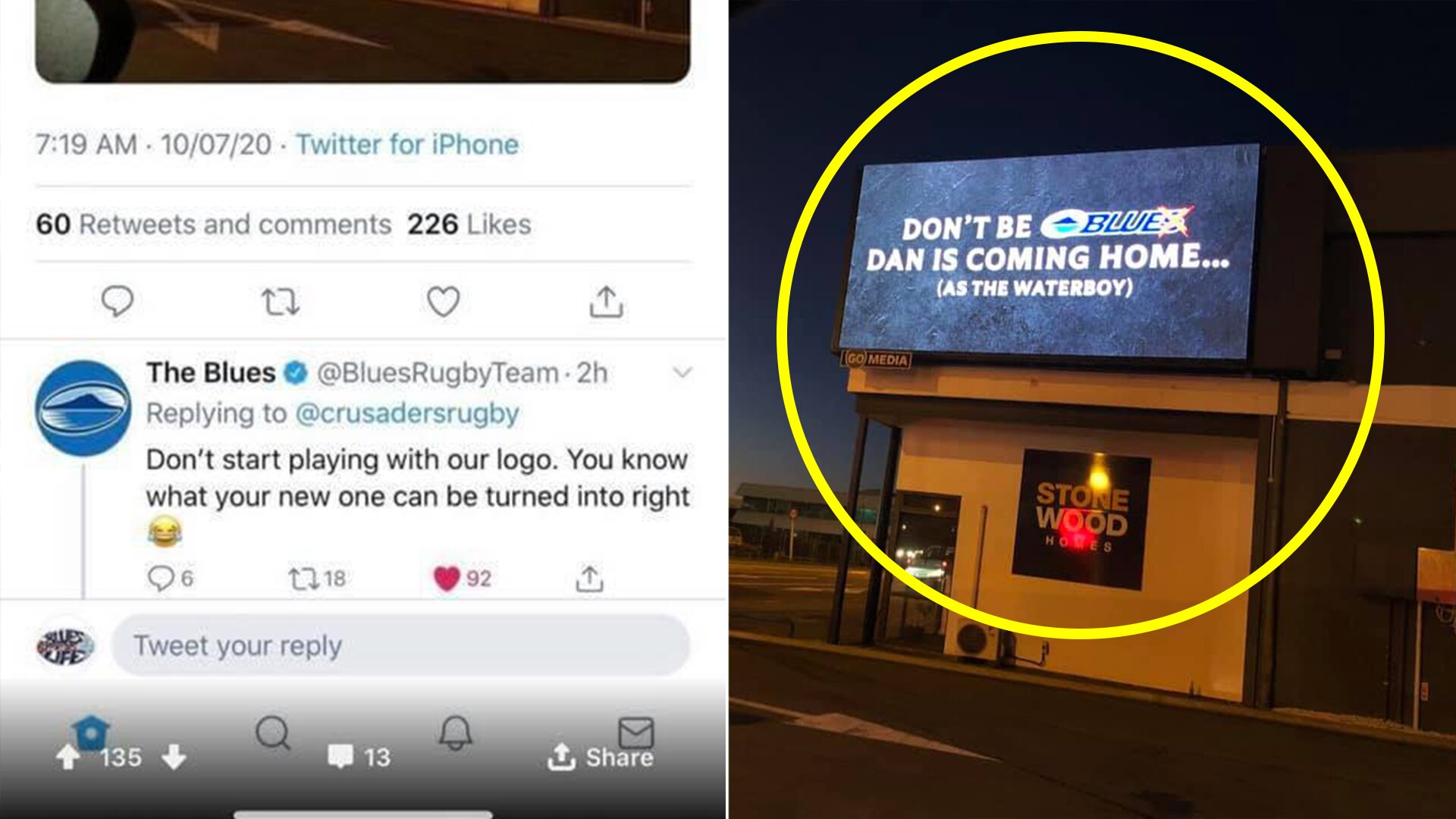 The Blues rugby team appear to have been forced to delete some savage responses on their social media on the eve of their big match again the Crusaders this weekend.

Excitement has been building for the massive clash this weekend and banter has already starting flying between both clubs as they look to one-up each other before the game.

The Crusaders posted a hilarious billboard that they found in Canterbury this week poking fun at the fact that Dan Carter is playing rugby again in his home county.

The Blues social media team it seems responded to the initial message that the team posted but then decided to delete the message off of their socials.

The message made fun of the Crusaders new logo.

The Crusaders changed their logo in December of last year after calls for it to be altered from the original branding showing a Crusader on a horse.

The revelation of the new image has been the subject of controversy among Crusaders fans, with many taking to social media to voice their displeasure of the new logo.

The Blues posted this response to the Crusader’s bit of banter, it looks like they may have taken it too far.

The Blues reply supposedly said, “Don’t start playing with our logo. You know what your new one can be turned into right?”

Rugby fans loved the response from the Blues however. On one website fans said, “Great humour, wish I could be at the game tomorrow, gonna be a rousing reception for DC and a few claps in his direction after the Crusaders win….by 8”.

The Blues take on the Crusaders at 6:30pm tomorrow!