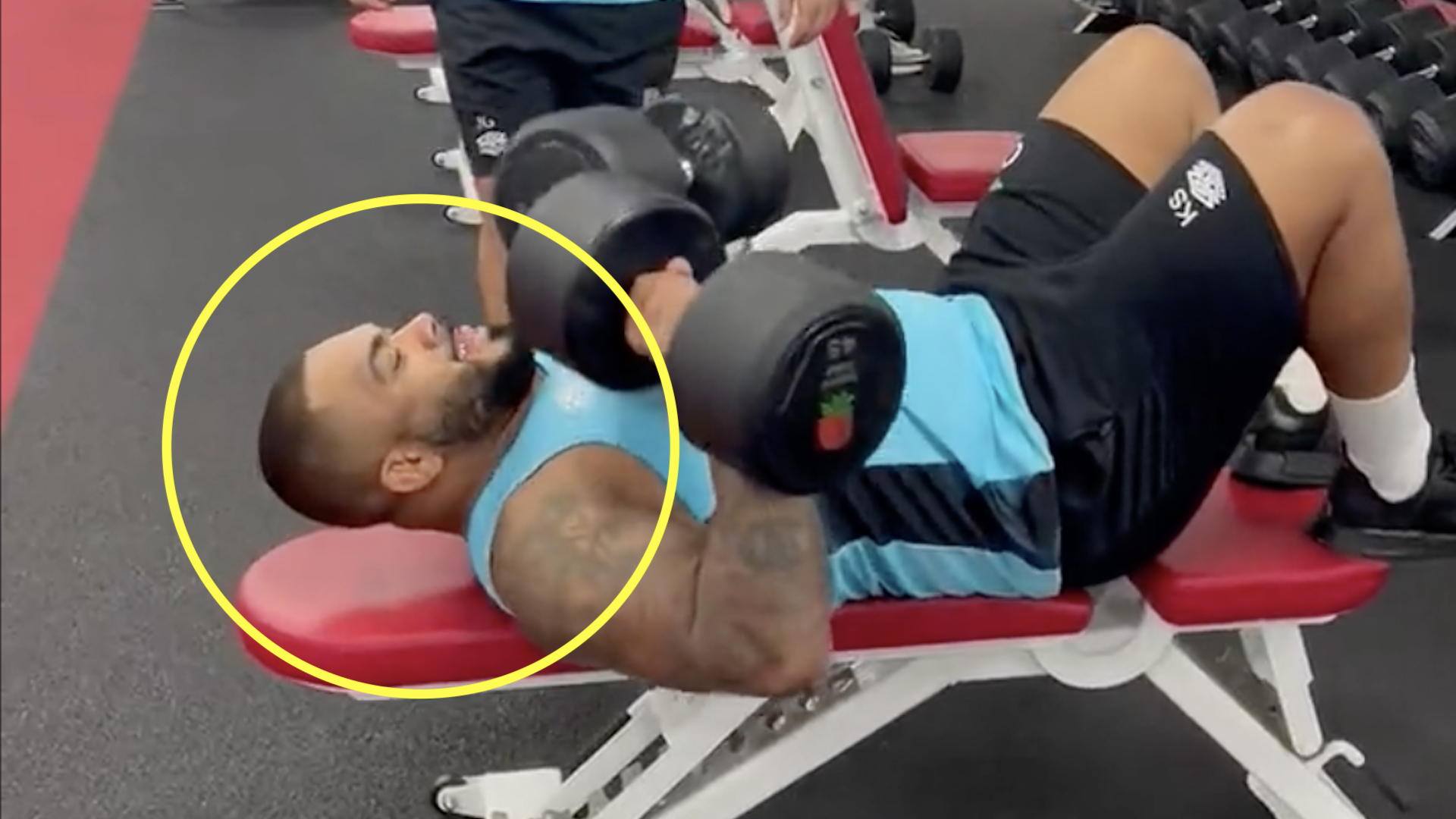 England are doing all they can to send a message to the much vaunted Springboks pack ahead of their showdown at Twickenham on Saturday.

One tactic has been to share footage of tighthead Kyle Sinckler in the gym. As the Bristol Bears prop prepares to face the most fearsome front row in rugby, he has been throwing around 45kg dumbbells for fun.

A video has been shared online of the 29-year-old casually dumbbell pressing those 45s for 16 reps, and it looks as though he had plenty more in the tank. Even more impressively, he did it with his feet elevated. All his fellow front row Jamie George could do was look on in wonder.

Sinckler will need to bring all that strength to Twickenham on Saturday, where he will likely line up against Ox Nche at the beginning of the match, who has already been named at loosehead for the Boks. With Steven Kitshoff replacing Nche as part of the ‘Bomb Squad’, Sinckler will have a tough time all game at scrum time.

Take a look at Sinckler in the gym: