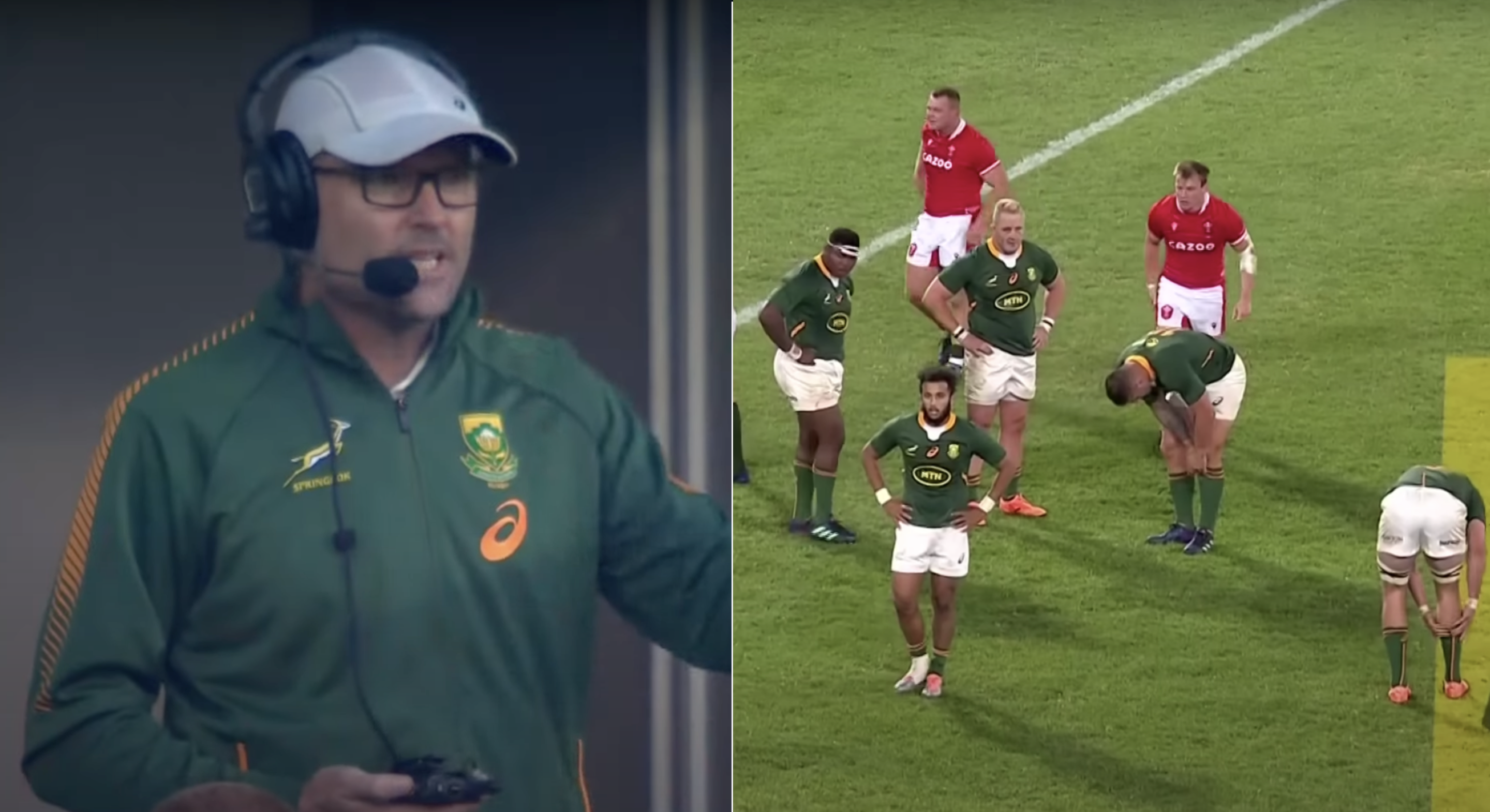 Only five players have kept their place in the starting Springboks XV following their historic loss to Wales last Saturday in Bloemfontein.

Handre Pollard, Jaden Hendrikse, Pieter-Steph du Toit, Eben Etzebeth (about to his his 100th cap) and Trevor Nyakane are the five, however, Nyakane has switched to loosehead prop after starting at tighthead last week.

The prop is lucky to have retained his place though, after footage emerged this week of one scrum in particular against Wales.

Front Row Grunt has shared a clip of Nyakane scrummaging in the first half against Wales where he was effectively pushing on just his left foot. Up against Gareth Thomas, the Tweet says that the 33-year-old was “lazy with his right foot return, then setting and scrumming off just his left foot,” which is clear to see from the video, as his right foot is barely touching the ground at times.

Though the scrum was driven back, the Boks managed to keep hold of the ball, but this could have been so much worse. This could have been laziness, but it was also quite disrespectful to not set up perfectly to scrummage against an opponent. Equally, it is pretty impressive that the scrum wasn’t torn in half given his poor platform.

Not Trevor’s finest outing in green … Lazy with his right foot return, then setting and scrumming off just his left foot. Always going to leave you vulnerable… Did this even in his new yellow boots pic.twitter.com/3GMyY4gziM