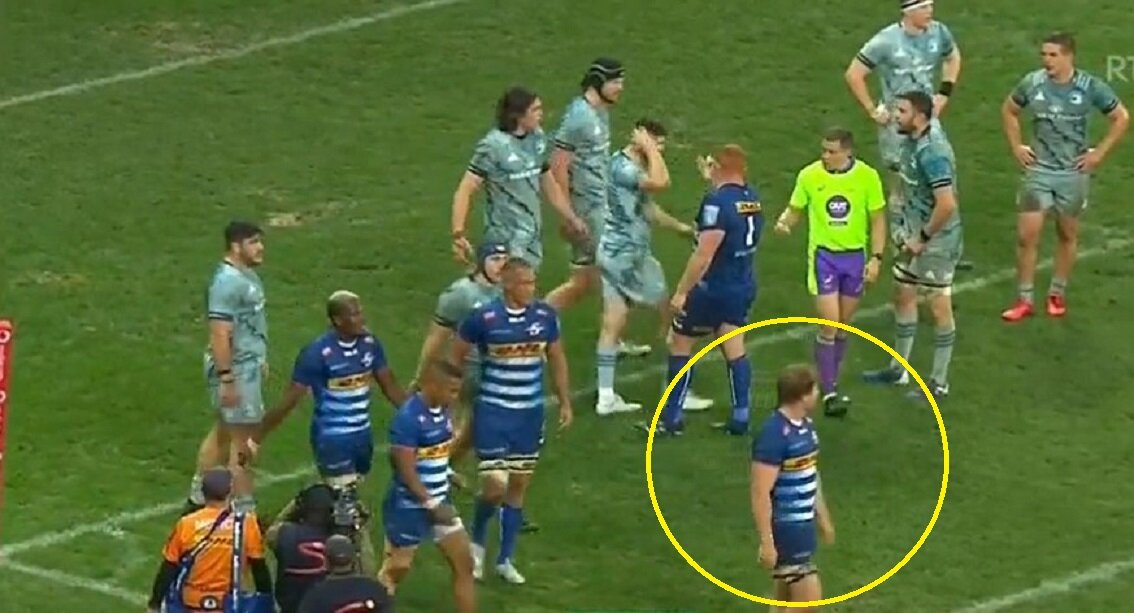 Would be Springbok Evan Roos might want to play Test rugby one day, but he’s got a lot of maturing to do in the meantime.

The Stormers No.8 was slammed over the weekend after he needlessly pushed a Leinster’s player’s face into the mud in Cape Town.

Poor young Harry Byrne was minding his own business when Roos pushed his face into the ground after tackling him late. The incident was ugly and totally unwarranted.

Rugby Onslaught can only presume he was trying to emulate the Springbok “tough guy” JP Peterson, who pulled off the same move about 10 years ago. Let us know who he did that to. We can’t remember.

“Evan Roos trying to be a hard man, without doing anything hard. Instead just ends up looking like a turkey”

Watch the vision on this incident. It’s kind of awkward because after roaring in the Byrne’s face, he kind of slinks off when the Leinster forwards arrive in to confront him.

Needless to say poor wee Harry Byrne could have been suffocated by this reckless act. Somehow Roos got away with just a penalty and not a red card.

It’s said to see Evan Roos act this way. Maybe he’s frustrated that he didn’t get picked for the Springbok alignment camps, but this doesn’t give him the right to act out like a five year on a rugby field.

Presumably, he will issue a written apology to Byrne.