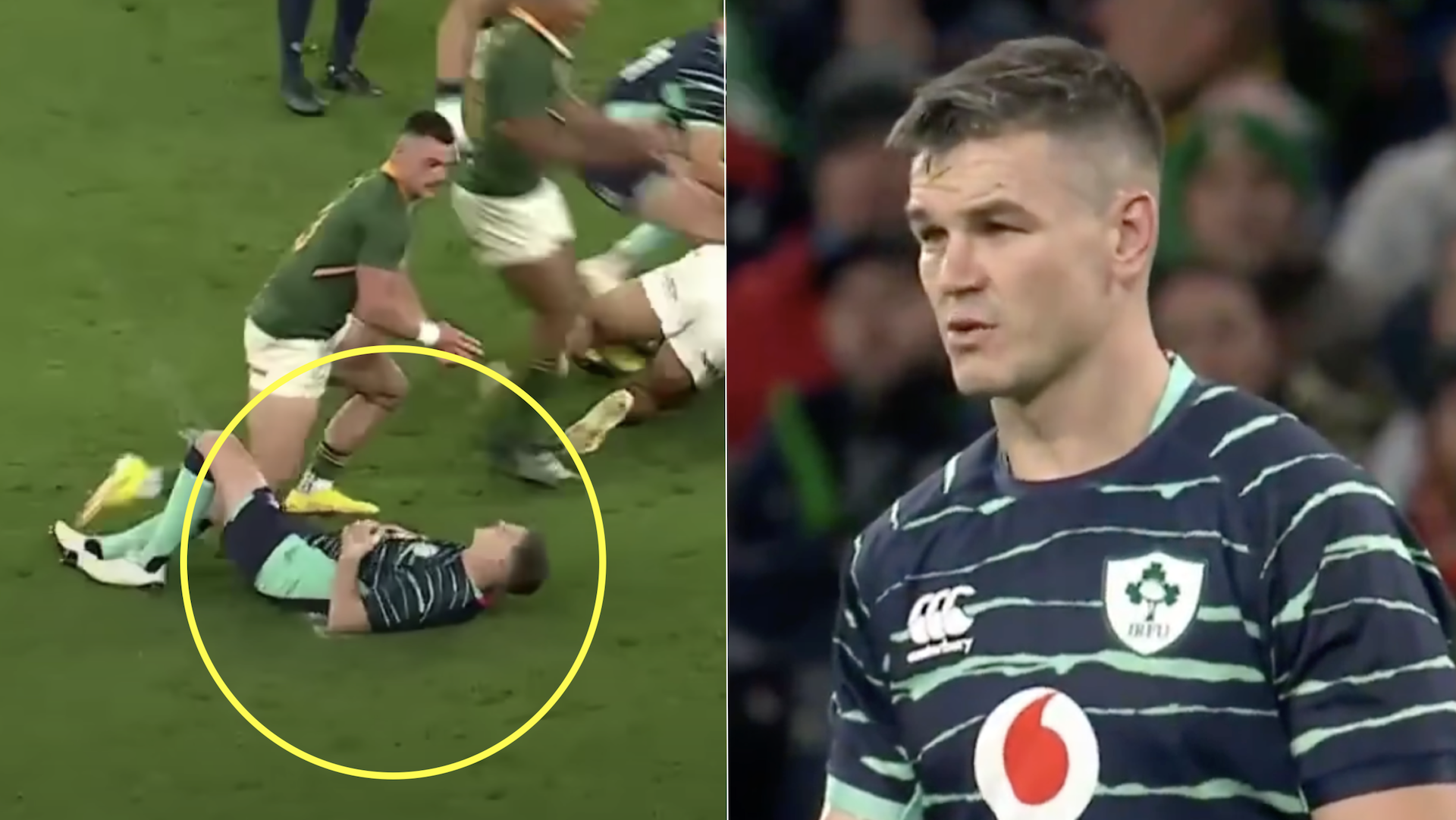 Johnny Sexton loves his wrap around move, and it comes off more often than not. But when it doesn’t, it can be pretty unpleasant for him.

Defending teams must know it’s coming, but stopping it is a different matter entirely. Not if you’re Springboks centre Jesse Kriel. The No13 saw the move coming from a mile off on Saturday at the Aviva Stadium against Ireland and burst out the line to cut the fly-half in half.

As big as Kriel’s hit on Sexton was, the 37-year-old had the last laugh as he was able to get the ball away a split second before being hit. In fact, this is world class No10 play from Sexton, as his job is to make defenders commit to tackling him before getting the ball away, which he did to Mack Hansen on the inside. Even though he took a massive hit, he came close to opening a gap for his winger to run through. This was a top level defensive read countered by top level execution by Sexton, and a pretty good reminder to why he is so important to Ireland and a former World Rugby player of the year. Sexton stayed down for a couple of minutes while Ireland’s attack continued, but was back on his feet to kick a penalty to touch which Ireland eventually scored from.

This was just one of many impressive tackles from Kriel, who had a standout game in Dublin. The No13 was frequently scuppering the Irish attack by flying out the line, and would have been contender for the player of the match had the Boks won.

Take a look at his tackle: