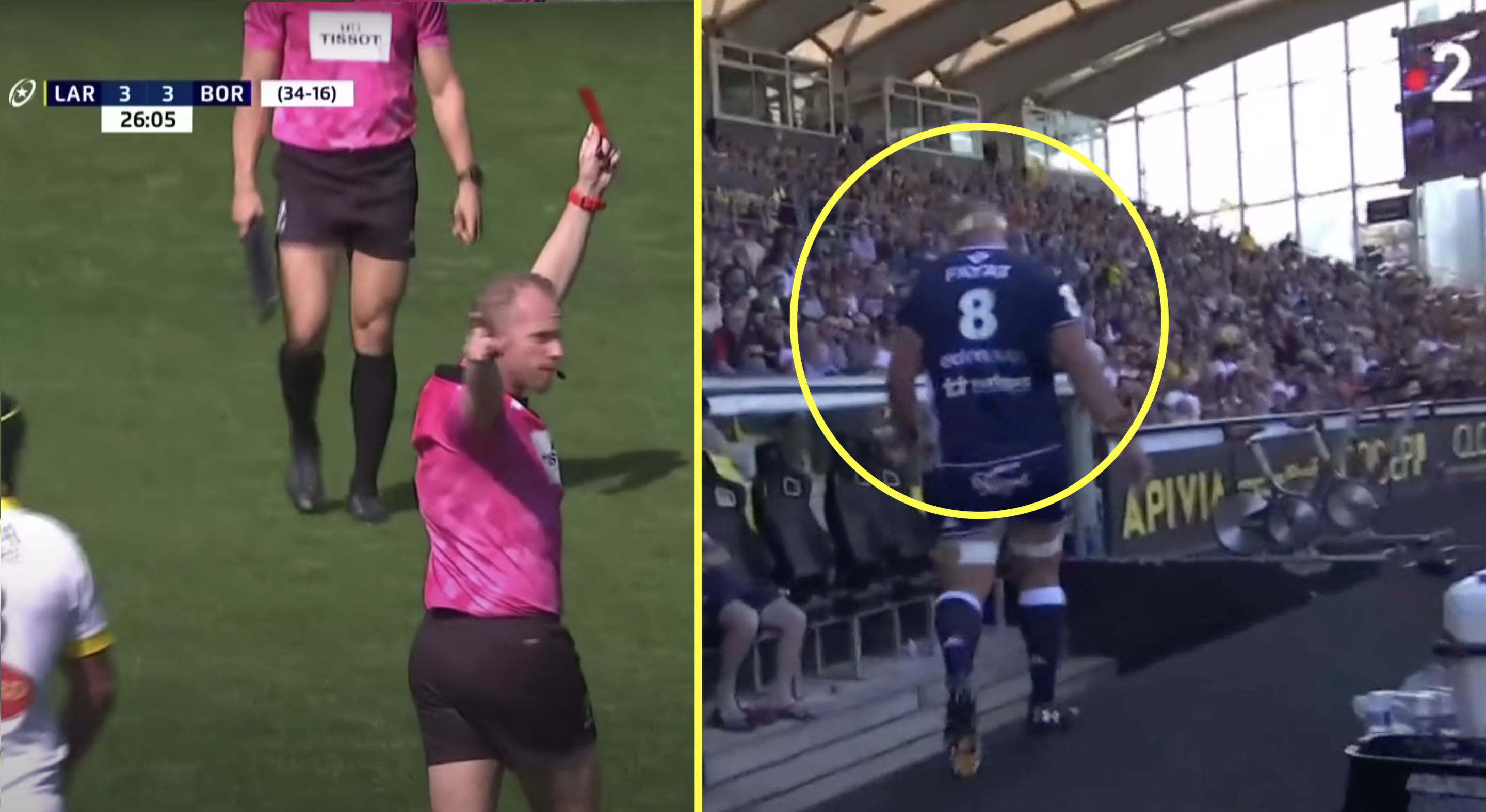 When referees and TMOs rewatch a tackle to see if there was an attempt to wrap the arms or whether there was head to head contact in order to decide what the punishment should be, it is usually a given that the ball carrier has the ball in their hands. That is why Wayne Barnes’ decision to show Bordeaux Begles’ Maama Vaipulu a red card on Saturday was particularly easy.

Not only was the Tongan international’s tackle on La Rochelle’s Jonathan Danty highly dangerous and illegal, but the France international did not have the ball, nor did he previously have it. Granted, he was a decoy runner, but it was clear to every person in the stadium that he was not receiving the ball when Vaipulu charged in with his late shot.

Understandably, the No8 has been handed a hefty ban, and will now miss six weeks of action, with Bordeaux sitting in second in the Top 14.

This is what the EPCR statement said: “The Union Bordeaux-Bègles No 8, Ma’ama Vaipulu, has been suspended for six weeks following an independent Disciplinary Hearing by video conference arising from his club’s Heineken Champions Cup, Round of 16 2nd leg match against Stade Rochelais at Stade Marcel-Deflandre.

“Vaipulu was sent off by the referee, Wayne Barnes (England), for tackling the Stade Rochelais centre, Jonathan Danty, in a dangerous manner in the 26th minute of the match in contravention of Law 9.13.

“The committee upheld the red card decision, finding that Vaipulu had tackled Danty in a dangerous manner that warranted a red card. It then determined that the offending was at the mid-range of World Rugby’s sanctions and six weeks was selected as the appropriate entry point.

“Taking into account the player’s guilty plea and apology, the committee reduced the sanction by one week, however, given his poor disciplinary record, one week was added to the sanction before a six-week suspension was imposed.

“Vaipulu will be free to play pending confirmation of Union Bordeaux-Bègles’s forthcoming match schedule. Both the player and EPCR have the right to appeal the decision.”

Take a look at the red: