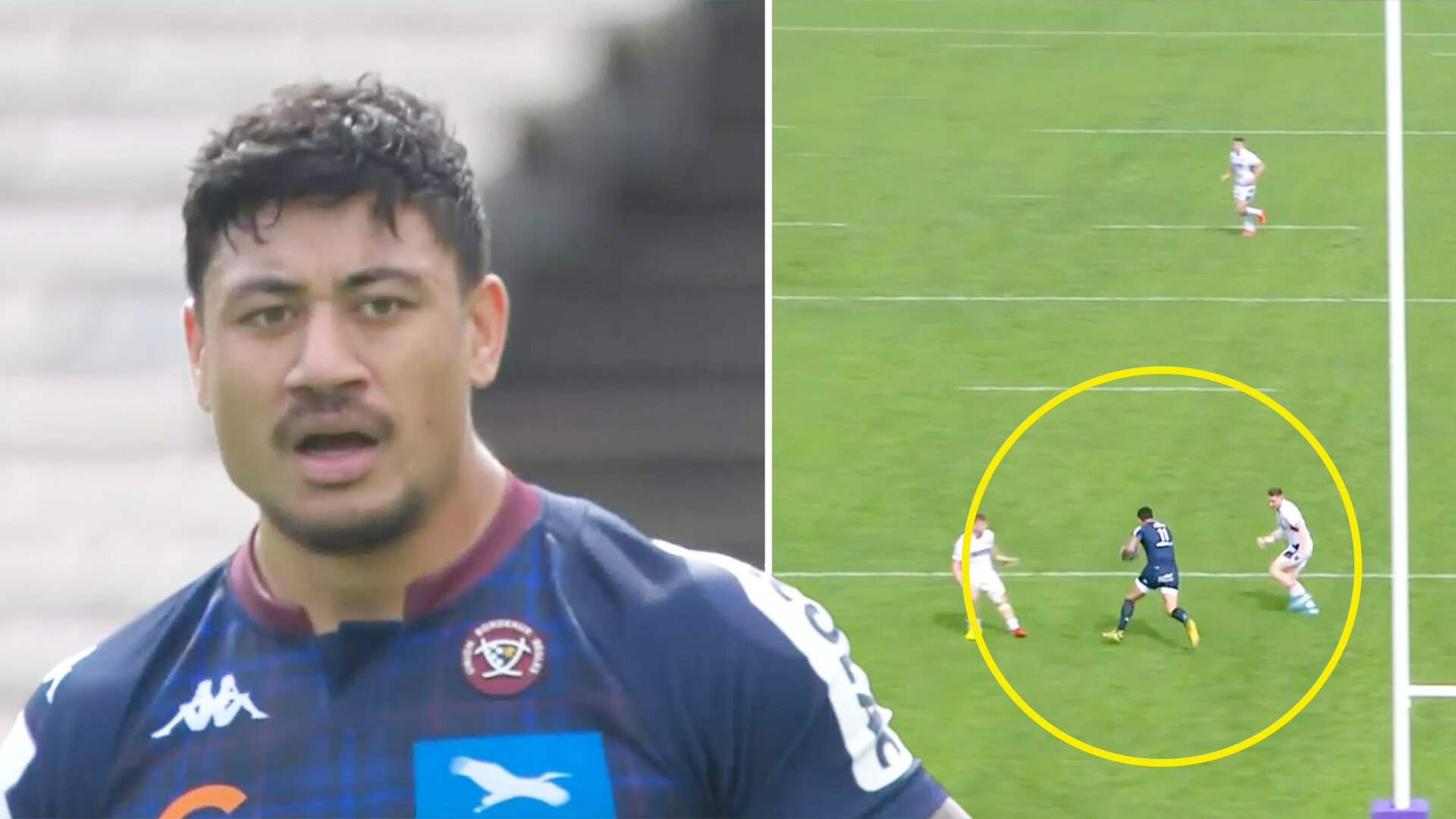 We’ve reached the quarter final stages of this year’s European Challenge Cup and today it was Bordeux’s Ben Lam who was wowing the crowd.

The New Zealander showed shades of the great Jonah Lomu as he audaciously looked to run the ball out from his own 22m line.

The former Hurricanes flier was being lauded on social media for his first half performance which was epitomised by this ramopaging run.

Some pace on Ben Lam mind 😳

Ben Lam joined the Top 14 side earlier this year after a successful time at Super Rugby side the Hurricanes. He’s also featured for the New Zealand 7’s side. With pace and power like this – you can see why he’s so highly rated.

watch the blistering 80m run below

So this Ben Lam Guy is pretty good 😳 pic.twitter.com/Z7OKlxoLe1

Bristol Bears star Semi Radradra demonstrated his devastating pace and power to score a beautiful try against the Dragons in the Challenge Cup on Friday night.

The 28-year-old Fijian received the ball inside his own half and punched through the Dragons defence before beating two players en route to the try line at Ashton Gate.

With the help of Radradra, Bristol ultimately hammered the Dragons 56-17 at Ashton Gate to bag a European Challenge Cup semi-final place.

A standout individual across both rugby codes, the Fijian international arrived at Ashton Gate on a three-year deal. Radradra averaged 100m a game at the 2019 Rugby World Cup, lighting up the competition pool stages with a string of sensational displays, including a brace against Georgia.