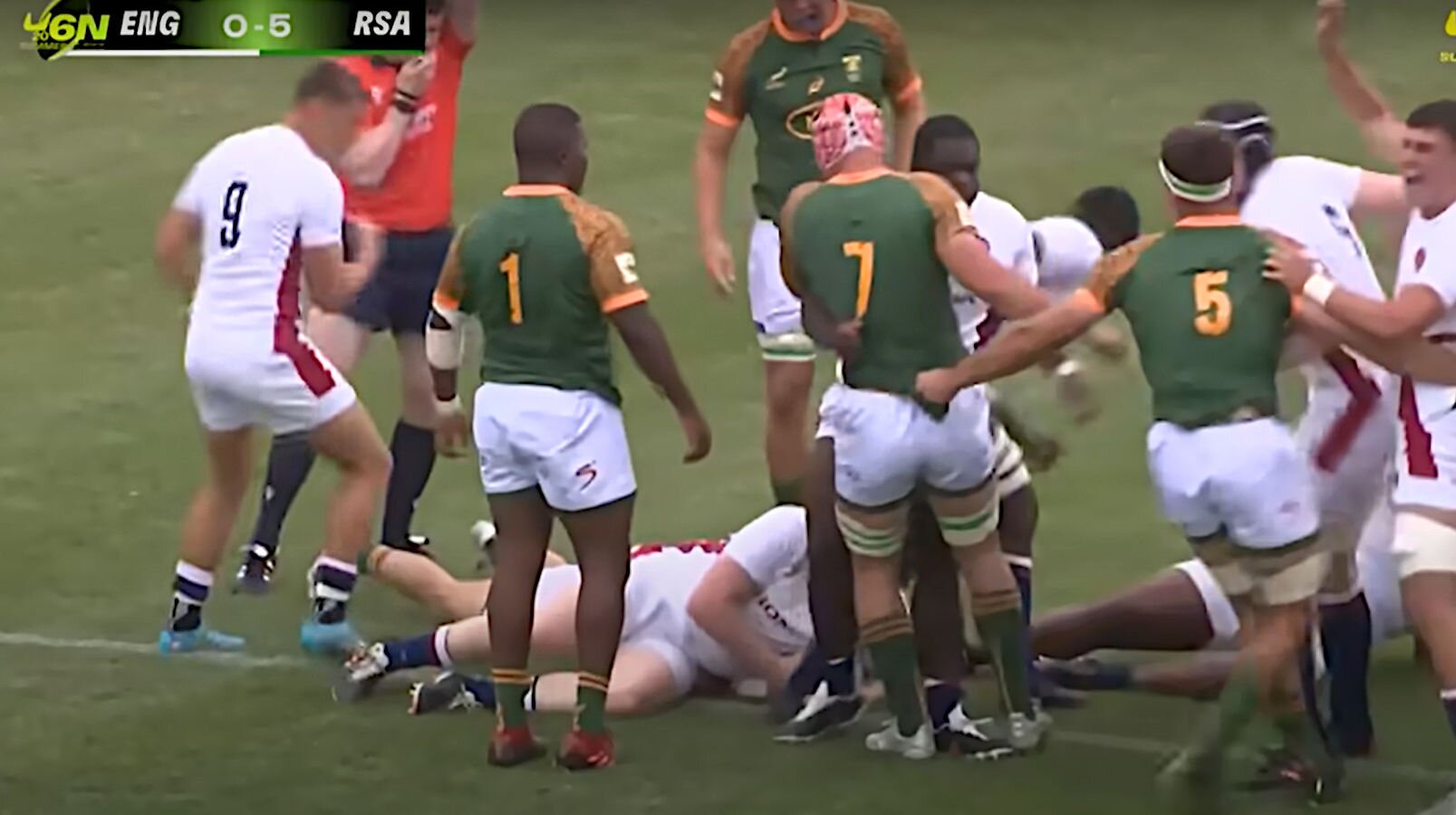 The Junior Springboks started their Six Nations Under-20 Summer Series campaign on a winning note when they scored a good 30-22 victory over England U20 in their opening pool match on Friday evening in Verona, Italy.

Playing against a stiff wind, the South Africans went into the halftime break with a 10-7 lead, with their forward pack giving them a great platform to eventually outscore England by five tries to three.
England used their maul to great effect in a tightly contested opening period, however, the South Africans grew in confidence as the match progressed and in the end, they dominated the scrums and collisions to set up a well-deserved win against a powerful England side.

Junior Springbok coach Bafana Nhleko said he was satisfied with the win but was quick to add that they have much work to do for the next two matches, against Ireland on Tuesday, and then France.

Junior Bok skipper and flyhalf Sacha Mngomezulu impressed with his distribution and decision-making, however, he had an off-day with the boot.

The Junior Boks started the game strongly when left wing Suleiman Hartzenberg went over in the corner after a brilliant cross kick from Mngomezulu.

But a few minutes later, they were down to 14 men when openside flank Siya Ningza was yellow carded for a deliberate knock on.

England, playing with a stiff breeze behind them, kicked to the corner and used the maul for lock Ewan Richards to dot down.

The Junior Boks won the next penalty and from a scrum five meters out, No 8 Cameron Hanekom went over, only to see the try ruled out by the TMO.

South Africa ended the first half as they started, on high note, when lively scrumhalf Nico Steyn went over for their second try following a sniping run from right wing Donovan Don to put them 10-7 in front at the break.

With the wind in their backs in the second half, the Junior Boks built on their momentum, with Hanekom scoring his try following some lovely interplay to take the lead to 15-7.

The Junior Boks used their forwards to punch deep holes in the English defence, which led to their fourth try and Hartzenberg’s second as they took control at 22-10.

But England replied with a Emaka Ilione converted try to narrow the lead to 22-17, but they then conceded a penalty which Mngomezulu easily slotted to extend the South Africans’ lead to eight points at 25-17.

Reserve hooker Tiaan Lange scored their fifth try to take the score out of reach at 30-17, with England scoring a consolation try at the end as the game finished 30-22 in favour of the Junior Boks.