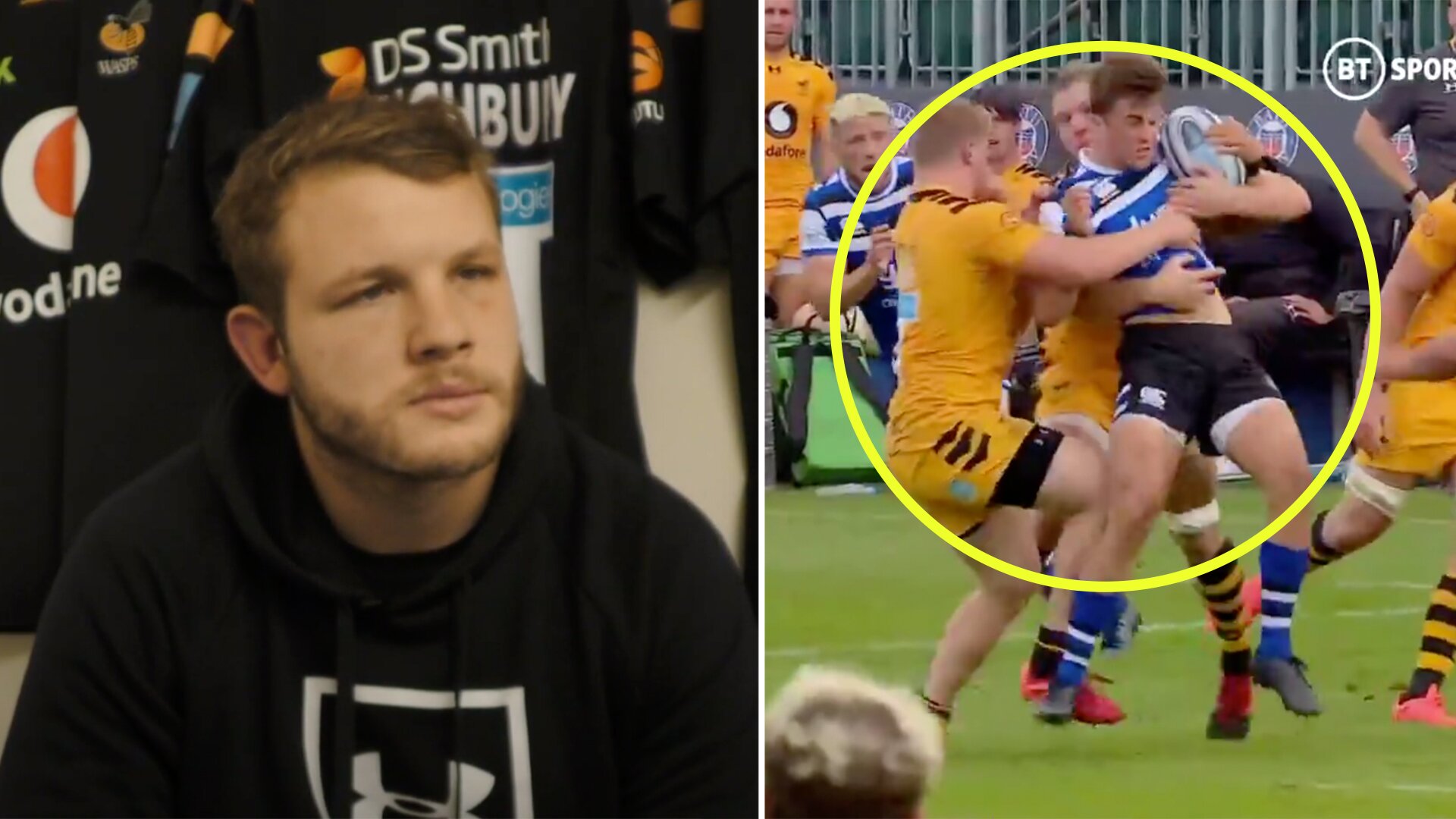 Calls have been made for Joe Launchbury to be banned from rugby forever after his brutal tackle on Bath youngster Tom de Glanville in the Gallagher Premiership this weekend.

The England and Wasps second row put in one of the performances of his life for the Coventry team as they brushed aside Bath in the third week of rugby returning.

Fans were raving about the 29-year-old this weekend.

BT went for Jack Willis as their man of the match. Hard to single anyone out to be honest. West, Launchbury, Shields, Robson, Fekitoa were also in the running.

Given the injuries Wasps deserved that. Bath squandered too many chances. Gaskill and Launchbury outstanding and Wills on another planet

What a tackle that was by Launchbury!

The talking point in this match was the massive crunching hit that he put in on Bath youngster Tom de Glanville in the second half.

The hit was brutal and even the commentators were lost for words when Launchbury made this sensational shot on the young Bath player.

Wasps made their way into the Top 4 of the Gallagher Premiership with a comprehensive performance in their win over Bath. Launchbury will need to put in many more performances like this if Wasps are in with any chance of beating Exeter Chiefs this year.