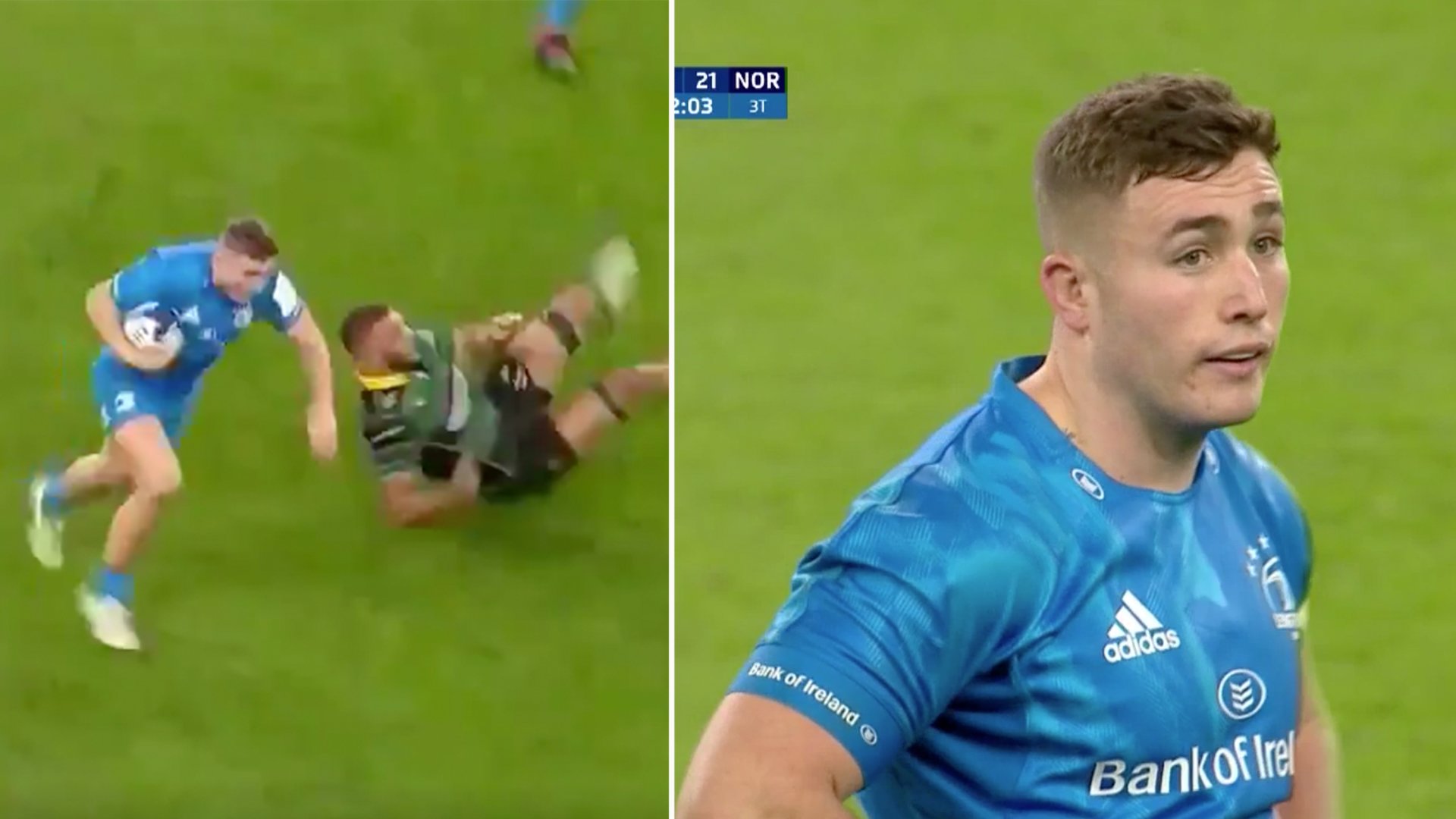 This is unacceptable. Does Jordan Larmour know that these players have families to go back to? The way he humiliates these guys…

Irish youngster Jordan Larmour was on fine form for Leinster last night as they managed to rack up 50 points against English outfit Northampton.

There was a particular moment in the match when he managed to beat 7, yes 7 defenders as he put the opposition to the sword.

There was one moment, in particular, that has gone viral everywhere as the Irishman stepped every defender that came in his way. People have been raving about it online as the hot-stepper humiliated everyone in his way.

Leinster really shower how dangerous they were in this match.

A Ringrose brace inside the opening five minutes set the hosts on their way to a 35th-minute bonus point. Tadhg Furlong and Dave Kearney also touched down, with the twin threats of man-of-the-match Jordan Larmour and James Lowe consistently posing problems for Saints.

Larmour famously stepped 3 USA players last Summer as Ireland were in their peak before their infamous 2019 campaign.

Many will be calling for Larmour to be Ireland’s long-term full back now, replacing Rob Kearney who has been Ireland’s longstanding 15.

Larmour is just 22-years-old, so he is in a prime situation to become Ireland’s long term playmaker.

You may think it’s ridiculous when we say that he has beaten sevens defenders, but he did actually do that. And the clip itself is going viral online, with 40,000 views on this clip alone.

Here is the clip of him beating all the defenders, it truly makes for an outrageous clip which we are sure will be featuring in stepping montages for years to come.

Look at how he humiliates these guys!

Larmour is a big name as it is but this will put his stock through the roof!