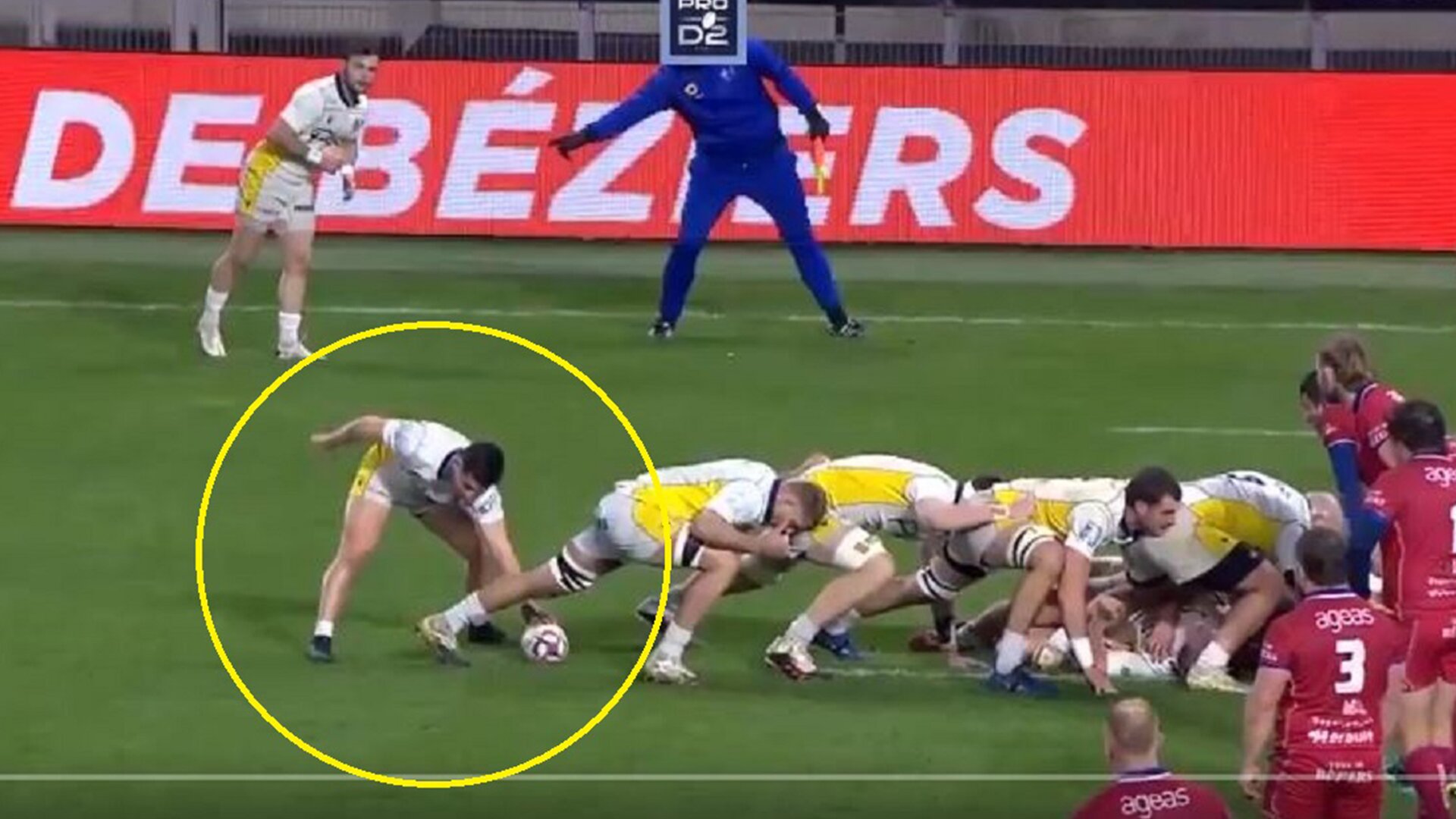 A video has surfaced showing the moment when the infamous caterpillar rucking technique in rugby appeared to backfire. The moment came from the second division in France known as the Pro D2.

The second division in France has been full of drama over the past week. Last weekend we remember when a player lifted a referee in a game, triggered a widespread scandal in the game.

This moment from a brilliant solo try by a player from Beziers, it also shows how the revered caterpillar rucking technique can horrendously backfire.

The clip shows one side set up for a ruck, using two or three players in a line to protect the referee. The technique is known as caterpillar rucking. It protects the scrum-half from getting tackled when he kicks the ball, however, it has also been criticised for slowing the game down and making it somewhat boring.

Exeter Chiefs in England have been lamented in the past for using a similar technique, but they keep using it because it is so effective.

The loophole in the rules means that the players who go onto the back of the ruck are still technically connected.

This means that the number of people that connect to the ruck could go back indefinitely.

However, we saw last weekend, that this can be targeted effectively if teams use this method.

This is how you respond to this controversial technique in rugby!