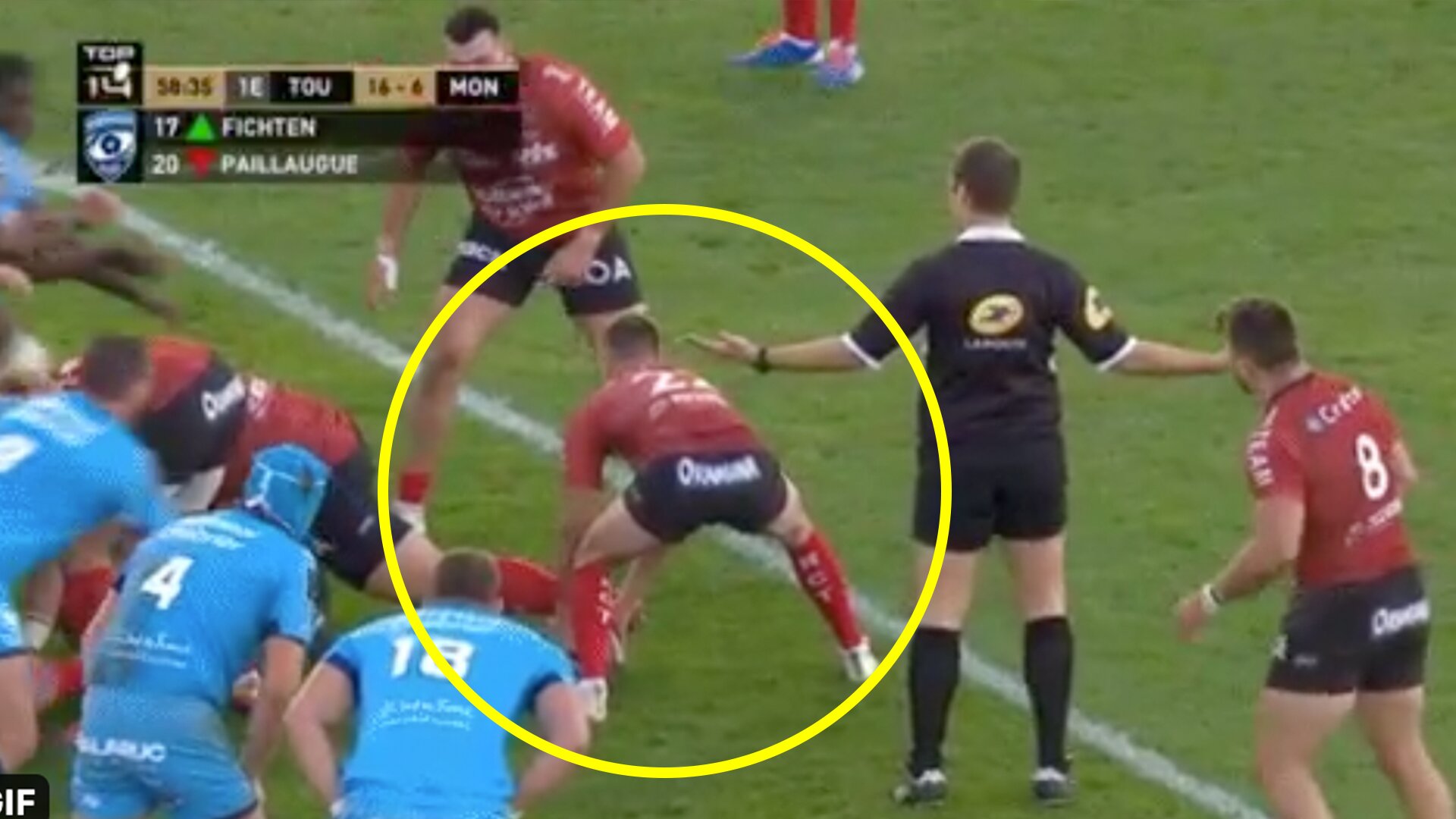 A new video from the Top 14 this weekend has brutally displayed what happens to a scrum half in rugby if they hold onto the ball for too long.

The post which was turned into a GIF by Jared Wright has already gone viral on social media as fans are either amused or shocked by the image.

For many, this clip will come as a welcome sight after 9s in rugby have grown accustomed to taking their sweet time resetting the ball in play.

Exeter Chiefs have fallen foul of this recently, with fans getting frustrated at how slow the team was to reset with their “caterpillar” formation.

Joe Marler made his feelings known for this trick known last season. The move is designed to slow down possession and protest the scrum-half. However, it is very boring to watch.

Scrum-half lines up a box-kick.

Joe Marler speaks for us all. pic.twitter.com/bYcLN5piDx

We were actually quite shocked at how hard this scrum half got hit by the forwards.

The Top 14 has been an exciting affair so far, providing far better entertainment than the other leagues have been able to so far!

Take a look at the moment when the scrum-half holds onto the ball for too long and the menacing forward pack from Montpellier are let loose on the poor player!

If scrumhalves take too long to kick, this should be their punishment. pic.twitter.com/4k2cL5v46G

The Top 14 resumes this weekend, and it makes for a very brilliant tournament. Racing 92 are the current champs.