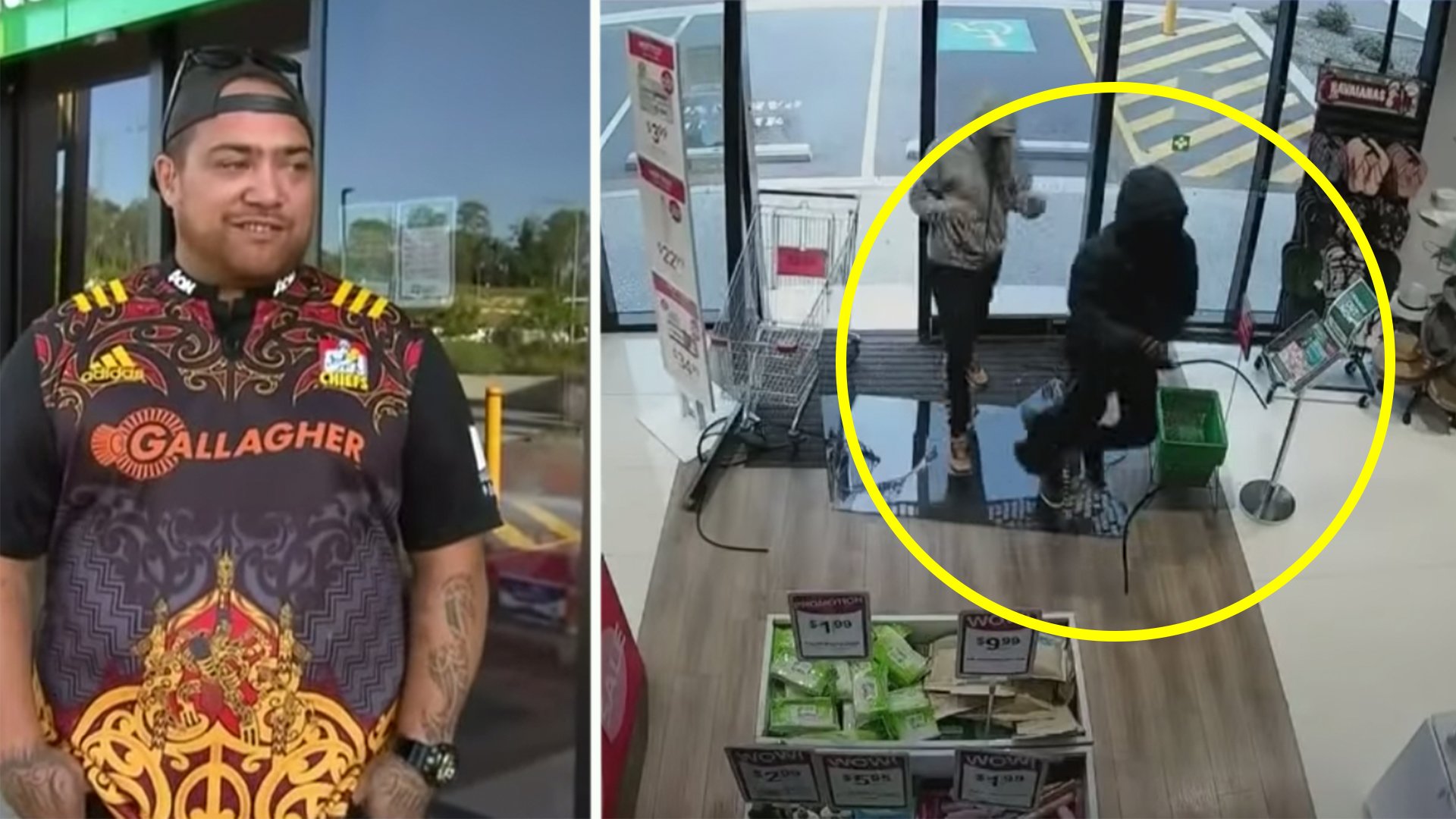 This is what rugby players dream of, coming up against people where you can rightly use your rugby strength to your advantage. This rugby player is a legend!

This man’s time had come and it makes for fantastic footage!

This is an incredible story that featured on the Today show and it has over one million views online!

This man that you can see on the left stopped by and witnessed two men trying to rob a convenience store. Rather than look the other way, the rugby player decided that he had to do what any rugby player would do… and help!

The Rugby player and truck driver explains what happened as the CCTV footage unfolds and it makes for an incredible story. He is a very funny man!

It makes for an incredible video!

This is from the ‘9Now’ Report on the incident…

CCTV footage shows two men ramming the pharmacy’s glass doors in Yarrabilba, Logan City. Police allege the men took items from the business and attempted to flee the shop before a truck driver is filmed tackling one of the men to the ground.

The truck driver, known as ‘T’ to friends, said it all started like a normal day. He was running some magazines to Coles when he saw a lady waving him down. She informed him that two men were in the middle of a robbery.

At that point, Mr T decided to intervene.

“I walked over, stood in front of the door and then I looked down and I saw them, I was like, ‘mate, what are you up to?'” Mr T told Today.

At that point Mr T realised he could be in potential danger if they were armed.

“I took a step back and that is when the first fella just ran straight past me. I was like, ‘bro, you got away’. The second fella looked at me and I thought ‘you are not going anywhere, fella.’

“I just tackled that fella down. He was struggling at first and I said to him, ‘mate, you are wasting your breath, you are just going to make yourself tired’. After a little while he sort of just gave up.”