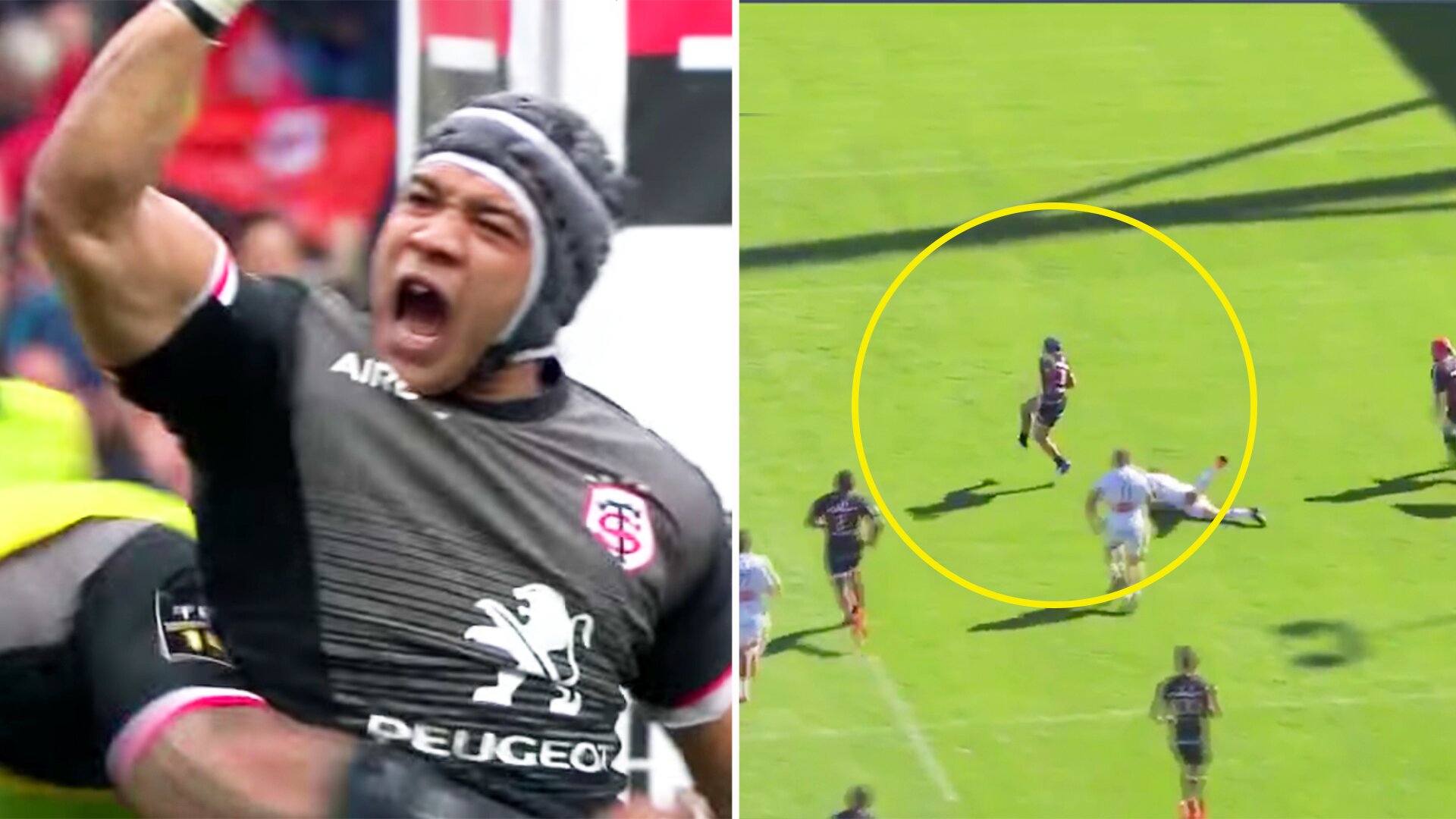 It felt like Déjà vu for South African rugby fans who watched today’s Top 14 clash between Toulouse and La Rochelle as Springbok winger Cheslin Kolbe scored this sensational try in the opening minutes of the clash.

The 26-year-old danced his way around defender after hapless defender as he skipped his way to a try that was a carbon copy of the one he scored against England in the World Cup final a year ago.

Fans were going wild at the lightning-fast feet of the Springbok winger.

2 tries in the first half for the magician, Cheslin Kolbe, against La Rochelle

Cheslin Kolbe has just reminded everyone about just how exceptional he is. What a try, his second of the game!!!#TOP14 #STSR

This was Kolbe’s second try of the first half and if there ever was a trademark try for this man than this was it.

Cheslin Kolbe limped off in Toulouse’s crazy loss to Clermont

Toulouse lead 20-10 in the heat at half-time against La Rochelle
pic.twitter.com/ZMsQ9xMzqF

He wasn’t just wowing the crowd with his work on the ball.

We see as the the 5ft’6 winger slams an opponent in the tackle in this crunching tackle during the second half.

Kolbe dishes out a big HIT too. pic.twitter.com/yM3qf3npAV

Thanks to an injury-ravaged career, it has taken the block-busting centre nearly 11 years to make the ton. The vast majority of those appearances coming with Leicester Tigers, but now Sale Sharks are looking to get the best out of a relatively injury-free spell for Tuilagi.

Alongside him Akker van der Merwe returns to the starting line-up for the round 20 clash after suffering a slight ankle strain in round 18. The Springbok is joined in the front row by Valerey Morozov and Will-Griff John after dominant performances from both props at the AJ Bell on Wednesday night.