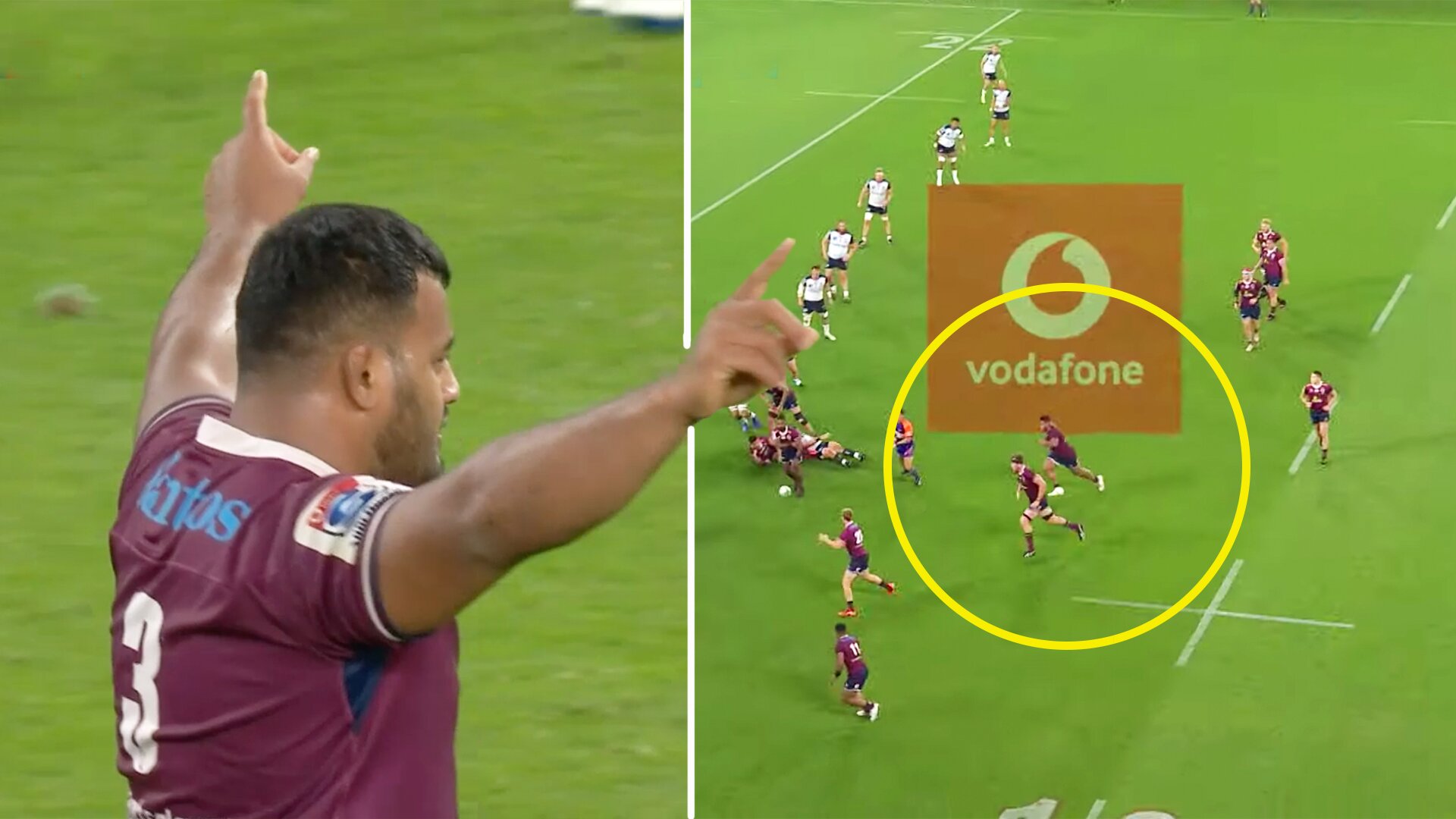 Taniela Tupou has stunned rugby fans once again with another dazzling display for the Queensland Reds in Super Rugby AU.

The 135kg prop has been in blistering form for the Australian franchise with some powerhouse displays mixed in with moments of incredulous flair.

Today, the Queensland Reds were looking to book their place in the final of Super Rugby AU after an impressive tournament run that has seen them win six of their nine games in the competition.

The Reds sealed victory today over their Melbourne rivals with this score to put the result beyond doubt as winger Filipo Daugunu dived in to score in the corner – but it was the inside line from superstar prop Taniela Tupou that stole the headlines.

Simply sensational by Taniela Tupou here. How many tightheads are going to run this line, sum up the situation in an instant, and then throw that pass?

Reds advance to the #SuperRugbyAU final against the Brumbies – and deservedly so. pic.twitter.com/zyf8Q3ccir

Tupou is one of the rising stars in Australian rugby who has impressed for the Reds with Tate McDermott also splaying a starring role for the Queensland side in recent weeks.

This isn’t the first time that Taniela Tupou has stolen the show after a Reds win. We’ve pulled up more clips of the sensational 24-year-old who’s taken the game by storm in recent years.

Taniela Tupou in explosive form for the Reds. Another special player who refuses to be defined by the number on his back.

In a 2018 interview, I spoke to Pieter-Steph du Toit about the evolution of forwards in recent times. He highlighted Tupou as someone who has raised the bar pic.twitter.com/6Fytm0EA8R

He may have incredible handling skills and a nimble turn of pace – but don’t let that distract you from the fact that this prop is no pushover when it comes to the dark arts of front-row play.

A video was released a couple of months ago showcasing the raw power of the of the prop as we see him here lifting 200kg of metal like it was nothing.

The Queensland Reds will now face the Brumbies in the final of Super Rugby AU.