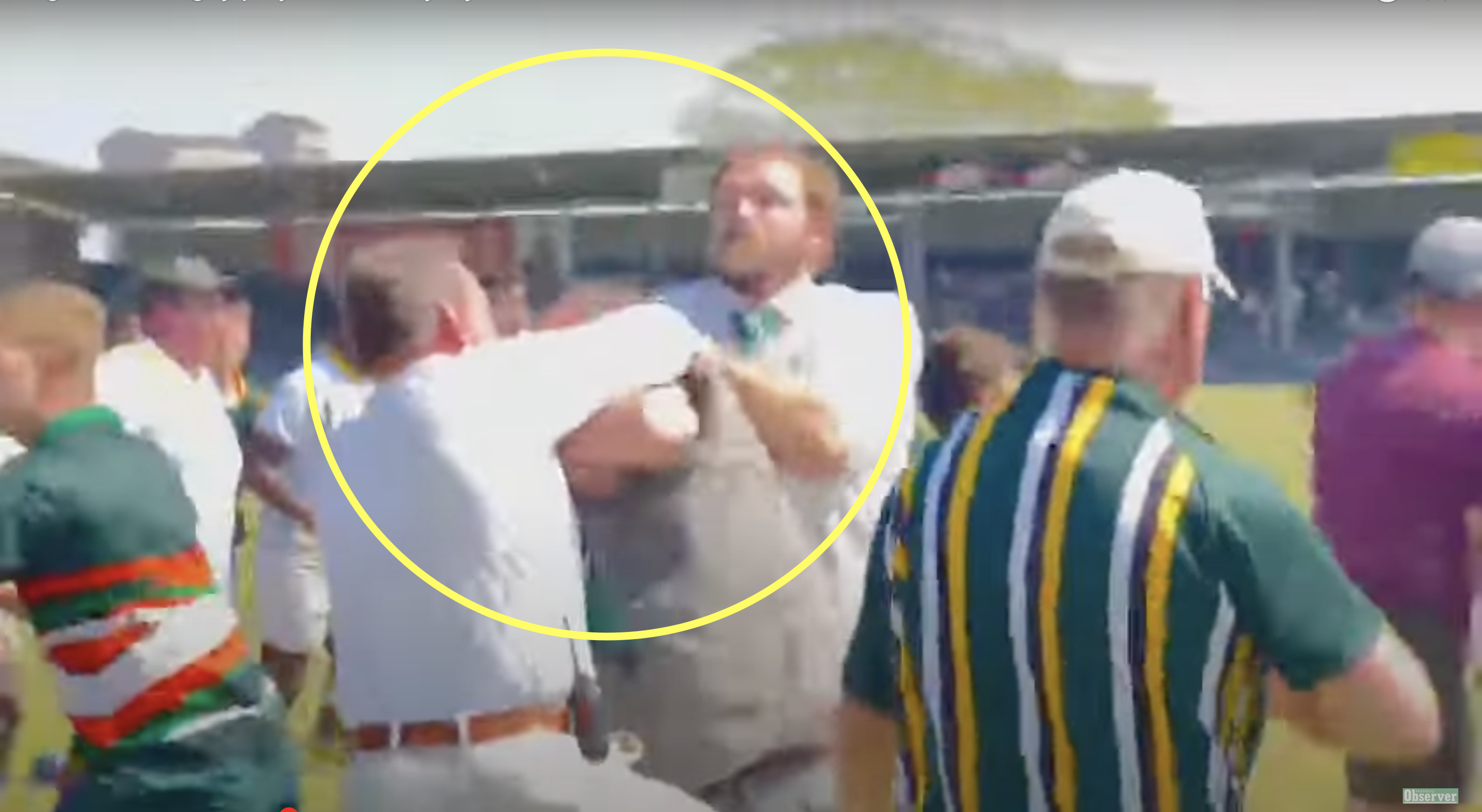 South African schoolboy rugby has delivered us yet another brawl, and this one might just be the most brutal one yet.

Just months after another schoolboy match went viral after the players kicked off in the post match handshakes, this one has seemed to go a step further, and sees coaches and teachers joining in the melee. In fact, this one does not seem to involve any players at all.

The video has been shared by Middelburg Observer on YouTube, and is only six seconds long. But in that six seconds you get a taste of what is going on, as fists seems to be flying from all angles. This caption was shared alongside the video: “A brawl involving coaches, teachers and supporters got so out of hand that criminal charges were laid and severe injuries were sustained during a Noordvaal Rugby Final between Hoëerskool Middelburg and Rustenburg.”