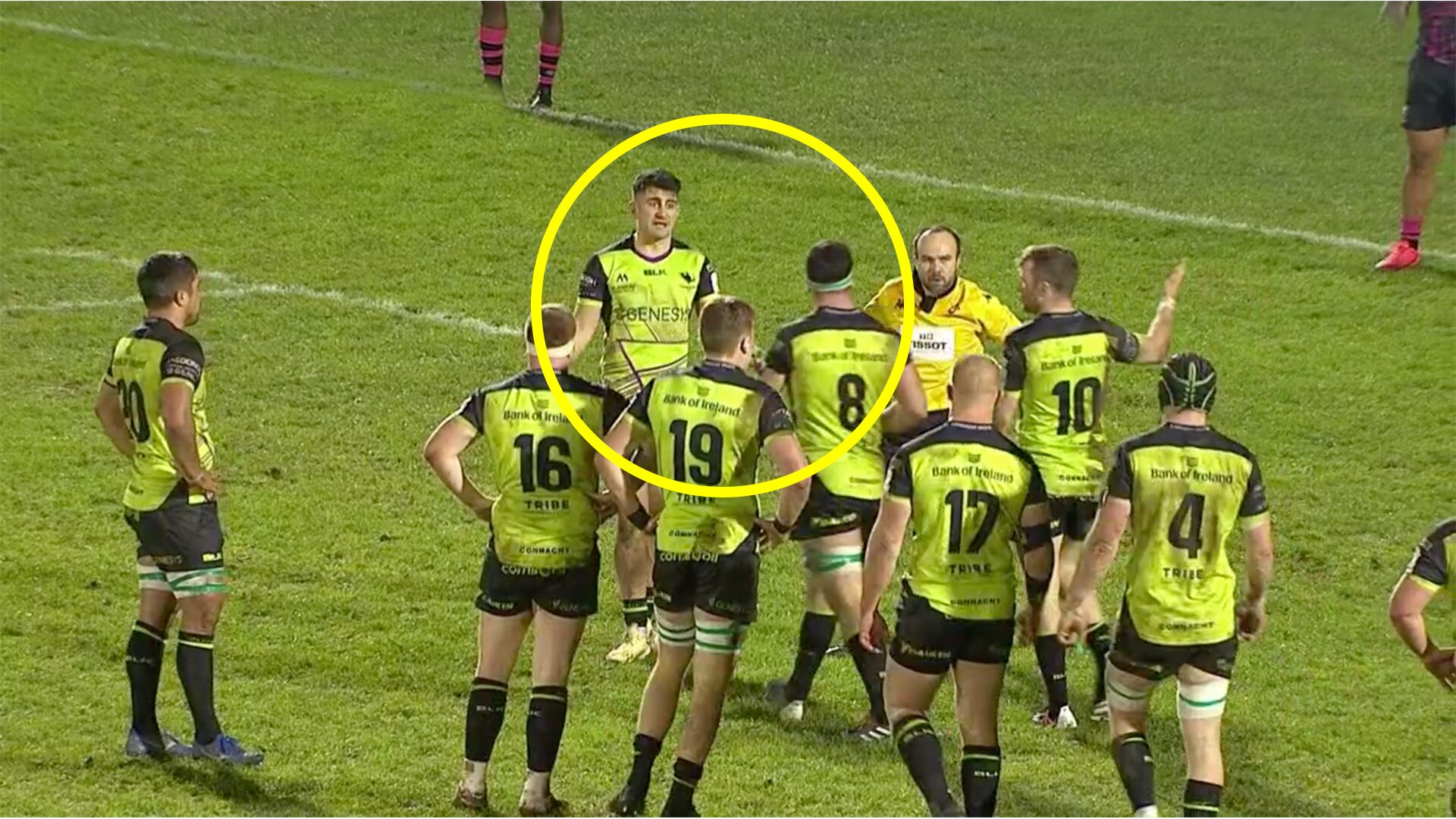 Young Connacht captain Paul Boyce has received a flurry of criticism on social media after he refused to let his kicker go for a 3 point kick at the end of their Champions Cup clash against Bristol.

The kick would have meant that Connacht would have moved within 7 points of Bristol and given them a losing bonus point.

In the final moments of the match, then men in green were awarded a penalty with just moments left in the match. The kick was right in front of the posts and would have guaranteed them that losing bonus point.

23-year-old Paul Boyce, instead, decided to go for a scrum and try at the end.

You can see how bemused Tiernan O’Halloran is at the decision, he even mouths curse word under his breath when the decision is made.

We found this clip someone made of the incident.

The controversial moment when Paul Boyle ignored the 3 pointer and risked the losing bonus point pic.twitter.com/6Y3f1kOXhA

Since the incident happened, there has been a lot of criticism for the young back row.

It got so bad, that one of the Connacht players had to call out his own fans for it.

Seeing a teammate getting some of the abuse Im seeing on Twitter is ridiculous, Paul Boyle is a young man who is playing out of his skin atm for his club. Doing a great job as a leader in the squad and has the backing from everyone. Those keyboard warriors can uppercut themselves

Fans were not happy at all with Connacht and their captain’s decision not to take the 3 point kick.

Every point counts, why the men in green not take that easy pen for it at end 🤷 #CONvBRI

Paul Boyle has absolutely bottled that decision not to take the penalty for Connacht….pretty bad error from a captain… #CONvBRI

Bloody hell what a shocking weekend!! No words!. Always take your points in them situations and if in doubt listen to the more experienced players around you!!. Think that’s enough sport for me for a while!!! #CONvBRI #mayogaa #ConnachtRugby

Absolutely stupid call by @connachtrugby to not take the points for the bonus point..with nothing else on offer. Who made that decision?#CONvBRI

Madness not to take the losing BP there?!?! 🤦🏼‍♂️ #CONvBRI

Bizarre call from Paul Boyle to not go for the three points and secure a LBP. Made no sense whatsoever. No real benefit to scoring a try rather than the three points. #CONvBRI #HeinekenChampionsCup

That was completely braindead from Connacht. The max points you can get from the game is one. Take the losing BP. I’m actually speechless. #CONvBRI

This is not the first time a big decision like this has affected a game.

This is painfully similar to the incident in 2015 when Chris Robshaw decided to go for the corner in the World Cup against Wales rather than the draw.