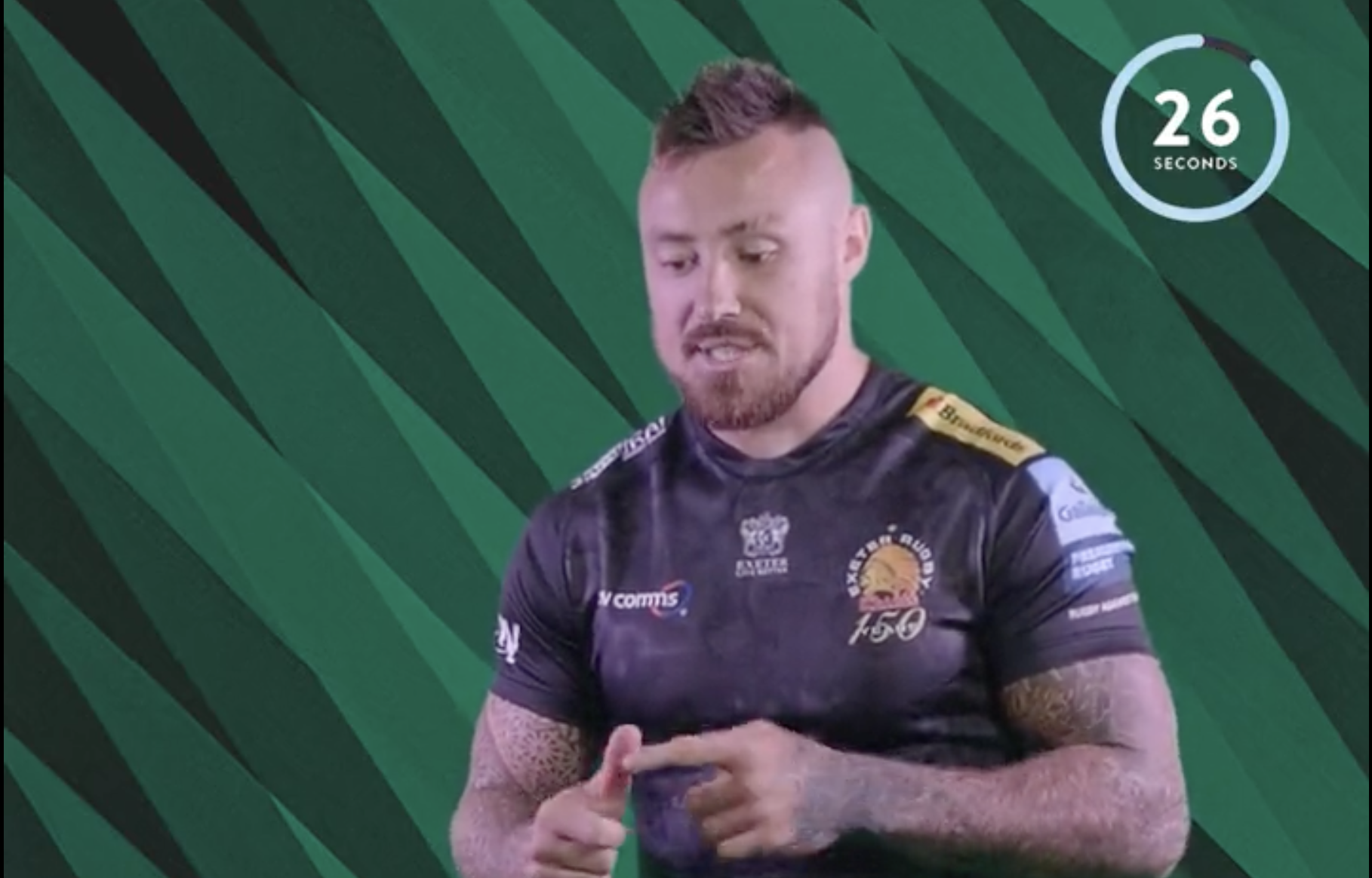 Exeter Chiefs winger Jack Nowell was set the challenge of naming as many of his teammates as possible in 30 second in the latest episode of Gallagher Premiership Rugby Lowdown this week.

After managing to name 21 players, there was one particular player that Nowell missed out on, who was quick to remind him on Twitter.

Can’t think of any more MATE? 🙄

As both players are only weeks away from each other in age, Nowell and Cowan-Dickie have grown up playing alongside each other, whether that be in England age groups, for Plymouth Albion, Exeter Chiefs or indeed England. In fact, there won’t be many players, if any, that Nowell lined up alongside more than the hooker.

Nowell could perhaps be forgiven for overlooking the 2021 British & Irish Lion as he may have been running through players he has recently played alongside. The 28-year-old damaged his ankle ligaments against Wasps in October and has been ruled out since then, which meant he also missed England’s Autumn Nations Series against Tonga, Australia and South Africa.

After initially being selected for Eddie Jones’ England squad for the autumn, Cowan-Dickie’s withdrawal opened the door for Jamie George to return having originally missed out. However, an injury to the Saracen against Australia meant England went into their final match of November with the inexperienced duo of Jamie Blamire and Nick Dolly against the world champions South Africa, with the former only having four caps before that match and the latter being uncapped.

Despite being put under huge amounts of pressure up front by the Boks, particularly in the second half, England won the contest 27-26, while Jones was also able to see how deep his stock reserves are ahead of the likely return of both Cowan-Dickie and George for the 2022 Six Nations.