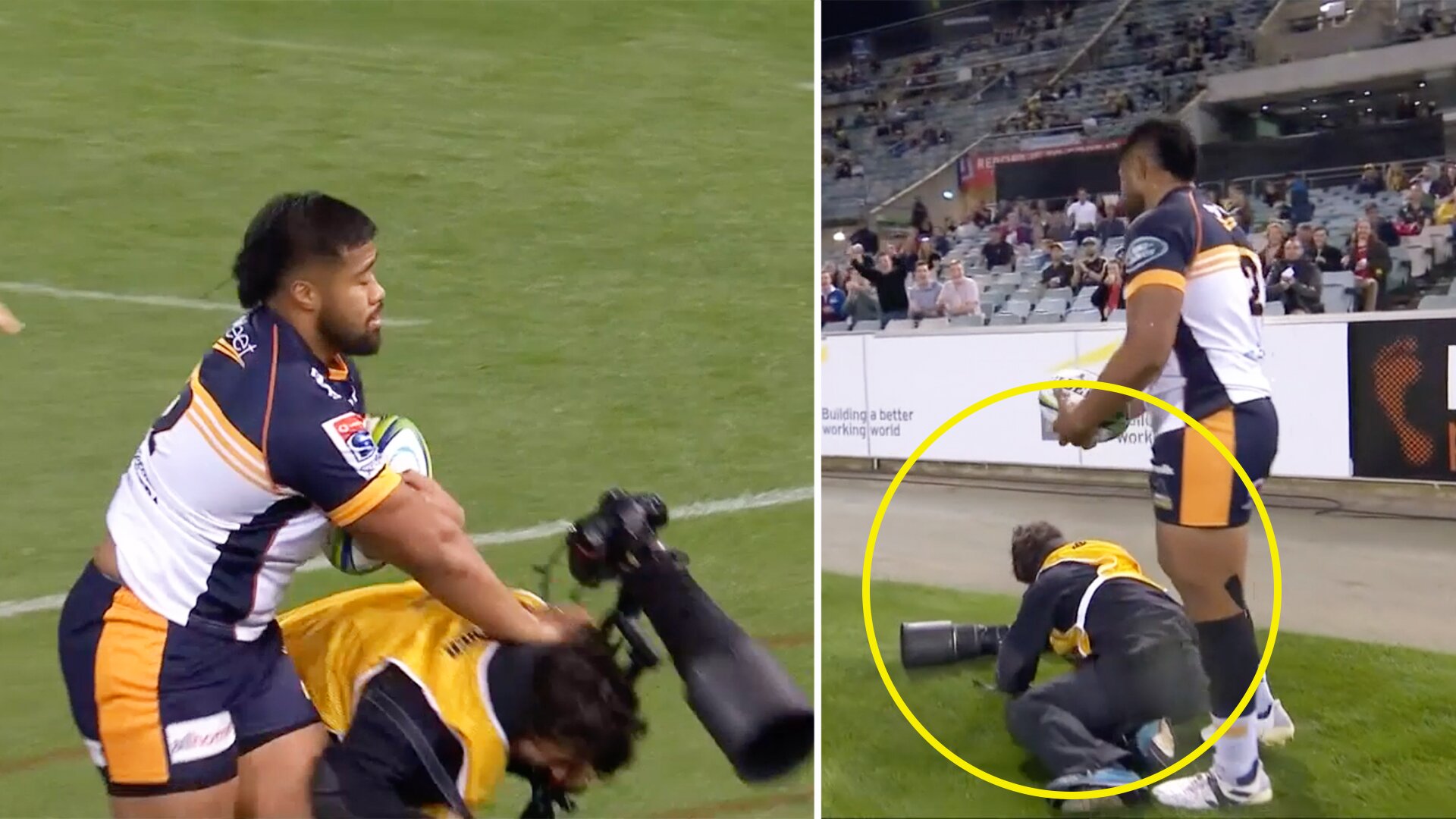 Being a photographer isn’t exactly what you’d call a dangerous job. In rugby, however, it’s a completely different kettle of fish.

Fans were shocked in the Super Rugby AU final this morning between the Brumbies and the Queensland Reds after this touchline photographer got more than he bargained for in the first half of the game.

The incident occurred in the first two minutes of the match with the score still standing at 0-0.

The Brumbies had the throw in to the lineout with some good field position to mount an attack into the Reds half. We see as the ball pops up out of the lineout’s resulting maul into the hands of Brumbies hooker, Folau Fainga’a.

What followed was truly shocking.

Tough day at the office for the photographer in the Super Rugby AU final 😬 pic.twitter.com/efNElVCm7L

The game, which is Courtney Lawes’ 50th in Europe, has seen Chris Boyd opt for a six-two split on the bench with the likes of Nick Isiekwe, Shaun Adendorff, Alex Mitchell, and Taqele Naiyaravoro hoping to make an impact.

For @TheXV: Stuart Hogg, frank, impressive and self-effacing on a range of topics.

Glasgow kids who wouldn’t listen, confusion and unhappiness under Dave Rennie, the Finn Russell saga, leadership and finding himself at Exeter Chiefs. https://t.co/vvuF90KEQB

Exeter, meanwhile, are boosted by the recover of full-back Hogg after he limped out of Chiefs’ league game against Gloucester nine days ago. Chiefs boss Rob Baxter said: “All week we have talked about how we have to prepare to face the very best Northampton side, because there is no reason, especially when you look at their squad, that they can’t make something happen on the day.

“We’re well prepared and the form we have shown in the Premiership and in Europe indicate that but, at the end of the day, this weekend it still comes down to knockout rugby.

“In our last European quarter-final [against Wasps], we played exceptionally well on the day – and we came up as close as you’re ever going to get to winning a game, only to concede a conversion in the last seconds of the game. Right now, we’re getting there. We’ve got a fit squad, we’re in decent form, training has gone well but, in the back of your mind, it’s still a one-off game.”